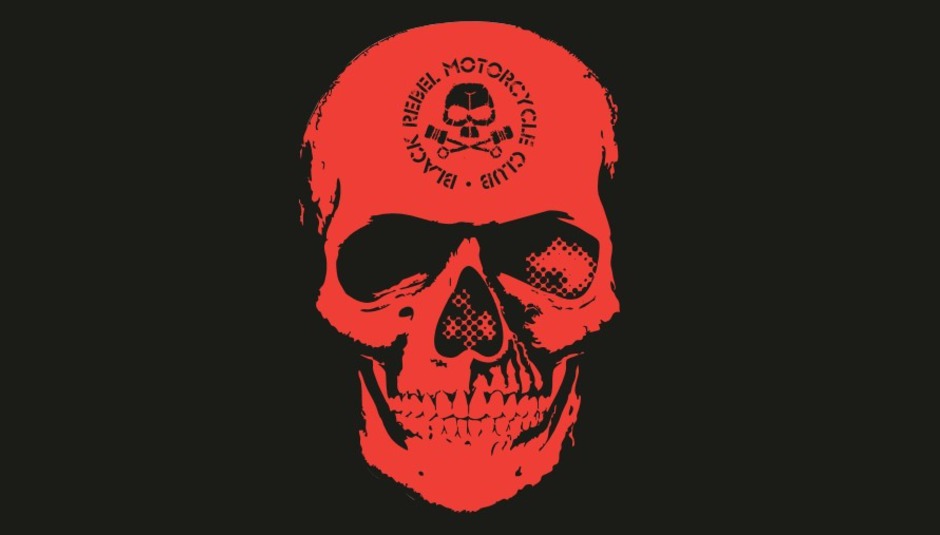 Next week, BRMC return to London to play a special show at the legendary 100 Club on London's Oxford Street for Converse, and you could be there!

On Tuesday 23rd July 2013, psychedelic rock'n'rollers Black Rebel Motorcycle Club play with support guests Dexters and IEPI! for Converse Gigs @ 100 Club. It's one of the hottest tickets in town, and we've teamed up with Converse to give away a pair of tickets, along with a signed copy of their 7th album Specter At The Feast, a signed pair of Chuck's (Converse trainers), and the poster (see below) for this special show signed by the band.

To enter, all your need to do is comment below this article or tweet us @drownedinsound, answering the following question with a question...

If you could ask Black Rebel one question, what would you ask?

We will then put your questions to the band ahead of the show next week, and they'll answer some of your questions and pick a winner. For some inspiration, here's Dom Gourlay's interview with the band from earlier this year.

Pssst! If you don't fancy your chances of winning tickets in this competition, you can also enter the ticket lottery over at http://converse.co.uk/conversegigs. In 1998 a band called The Elements formed in Los Angeles but on discovering that this name had already been taken, they looked elsewhere for inspiration. Marlon Brando once epitomized the new rebellious cool of ‘50s America in The Wild One, and it was the name of his gang in that film the band eventually landed upon - Black Rebel Motorcycle Club. Since their humble west coast beginnings, B.R.M.C. have come a long way and grown with an ever progressive style. From hard rock and noise pop to Americana and post punk, one thing that has always remained is B.R.M.C.’s absolute passion for rock ‘n’ roll. blackrebelmotorcycleclub.com.

With an electric live performance and energy that bounces off the walls, Dexters play with a maturity you wouldn’t expect from a band that only formed in 2011. Their roots are firmly placed in London’s east end, so they draw on past experiences growing up in a rough side of town and turn it into high octane, loud indie madness. After listening to Dexters it is clear that they draw their inspiration from a very broad spectrum with references to Captain Beefheart, Robert Johnson and The Kinks. Singer Tom Rowlett says, ‘’the time is right for Dexters, we hear it everywhere we go that people are ready for a band with big tunes and a proper energetic live show. I sincerely believe we are the band that they are waiting for.” dextersband.co.uk

IEPI! formed a year ago, borne out of frustration with the formulaic music other bands have been putting out and they used this as a catalyst to create a genre-bending style of their own. The band play fast and hard, and describe it in their own words as ‘progressive-organic-instrumental-superlative-superalternative-supermarket-noise.’ They call their performance ‘a necessary live music experience.’ This trio of self-educated Spanish musicians need to be seen to be believed. iepi.bandcamp.com

The Converse and 100 Club curated music series kicked off in June of 2011 when Graham Coxon headlined and played the first packed out show. Since then the likes of Gorillaz Sound System, The Rapture, The Vaccines, Chairlift, Ghostpoet, Azari & III, Wild Belle, Toddla T, The Cribs, Ghostface Killah, Doom, Gallows and many more have taken to the stage. Cementing the success of this unique partnership, Converse and 100 Club continue to deliver an exciting line-up for fans, showcasing today’s best and freshest emerging artists. The partnership also gives 100 Club the opportunity to introduce a new generation to its renowned gigs, by once again bringing the best music to its legendary stage. 100 Club will continue to oversee the schedule of performances as it has for over 65 years, in addition to presenting this new free series alongside Converse.

Break a leg: the inaugural ATP Iceland gets off to a flier

Watch Latitude Festival 2013 on the BBC