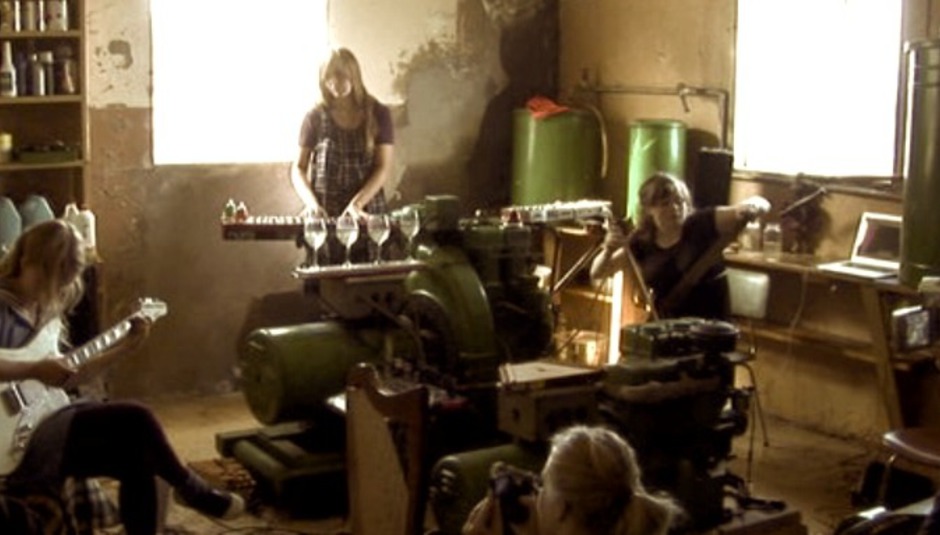 That there video is a special video from amiina to celebrate their confirmation for the inaugural ATP Iceland. The four-piece recently upgraded to a six piece, but the above was captured before they added two new members. amiina (all in lowercase, yes) are perhaps best known for their gorgeous strings and ambient sounds, which you will have seen and most likely heard with Sigur Ros over the years. The above is a special session for The Lighthouse Project, which aims to preserve their quiet, intimate sound. It's set for release as The Lighthouse Project EP, which will come in beautiful book-format packaging with text and photographs. Maria Sigfusdottir from amiina explains:

"On July 25th 2009 we headed our way from Seyðisfjörður towards the Dalatangi Lighthouse (far-east Iceland) in our van, loaded with all our instruments through narrow, steep roads and miles of fjords and heaths where not a trace of human inhabitants could be found. The rough dirt road with all it's blind turns and the steep drop into the ocean on one side freaked us out a bit, so when we finally got to the lighthouse we were both relieved and touched by the harsh beauty of the lighthouse and it's surroundings.

We unloaded all our instruments; harps, glassophone, musical saws, guitar, cello... and set up between the rough machinery of the lighthouse.

We had no idea if anyone would come to our little show at the end of the world - but in the end the little hall was packed with people. We played our little intimate gig, with songs specially arranged and composed for the occasion, and felt like we had shared with the audience a unique moment. The result can be watched in this lo-fi video of our song "Perth", which is also on the resulting Lighthouse Project EP.

We are super excited about ATP coming to Iceland and to be a part of the program. Loads of great artists in the summer sun, at the former US army base... it's going to be great!"

As you may have heard, All Tomorrow's Parties will be holding a festival in Iceland at the end of June. Nick Cave & The Bad Seeds, headline, with an impressive supporting cast of Deerhoof, Notwist, Æla, Apparat Organ Quartet, Hjaltalin, and Snorri Helgasson. You can see the full line-up over at facebook.com/atpiceland or on this poster.