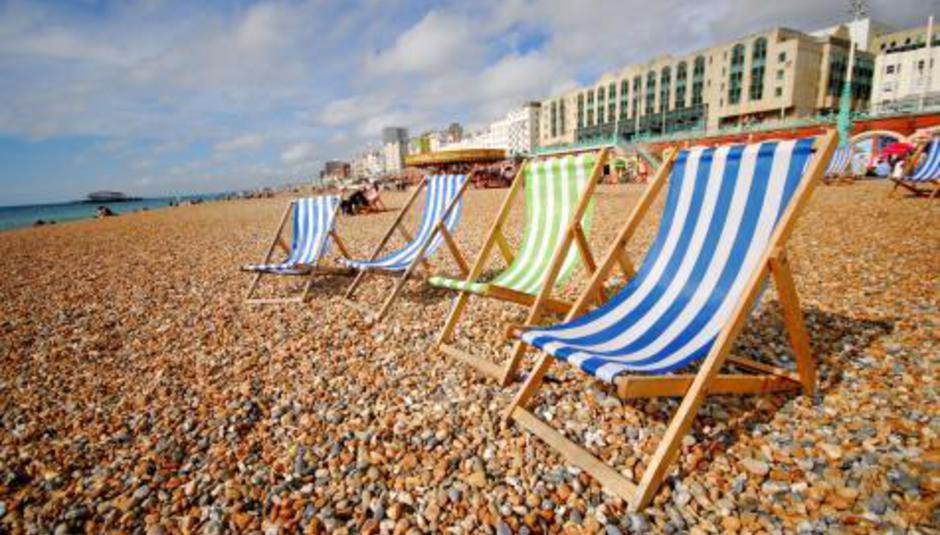 Festival season is nearly upon us, and ringing in the British summer 2013 will be The Great Escape down beside the seaside in Brighton from the 16th-18th of May. Once again, DiS will be curating three bills featuring some music we've loved over the past few months, and newer things we're excited about for the future.

In previous years, DiS has put on little known acts that have gone on to somewhat bigger things, such as Laura Marling, Crystal Castles, Mount Kimbie, and just last year we accidentally had some chap named Jake Bugg on our bill... Since the festival's launch back in 2006, the DiS curated bills have been graced by the likes of Nils Frahm, Futureheads, Idlewild, Blood Red Shoes, Santigold, Marnie Stern, These New Puritans, British Sea Power, Errors, Metric, Gallows, Rolo Tomassi, Luke Abbott, Stay+ and heaps more.

This year, we've at least matched our previous endeavours, with three nights of music that takes in everything from tearful piano balladry in a church to grunge-guzzling, riotous, rock'n'roll in a tiny bar through to a club-venue with music that's so post-dubstep that it might actually be from the future. Of course, it's not all about us, The Great Escape is a massive beast of a festival, with 30 stages, so there's tonnes of great music (Everything Everything, Phosphorescent, Chvrches, 80s Matchbox, Susanne Sundfor, Jenny Hval, Little Green Cars, Fear of Men, Thumpers, Parquet Courts, Klaxons, Melody's Echo Chamber, Mac Demarco, Night Engine, Wolf Alice, Mazes, Merchandise, Fear of Men, Chloe Howl, Dingus Khan... to name but a few we'll be dashing around to try'n catch) if you don't want to come to our night (or, if previous years are anything to go by, you can't get in). You can find the full line-up to the Great Escape 2013 here.

Anyway, without further ado, here's what we have for you this year...

ECHO AND THE EMPRESS

They're sort of like the Australian First Aid Kit, but with a little sprinkle of Lykke Li's hip-shaking. We're not too au fait with their stuff, but they're coming all the way from Oz and the festival organisers thought they would be great opening our bill. They say:

"Meet Echo and the Empress, an Adelaide based musical collaboration of two sisters (plus two more members when they play live). In May 2012 their song 'Balloon' was announced as the winner in the Pop Category for the International Independent Music Awards 2012...they create music that is expressive, vibrant and honest."

DiS (well, I) fell under Eaux's spell last year, seeing them open for Chromatics at London's White Heat clubnight. Their restrained electronic music is more like soundtracks to space odysseys than 'dance music'. It's all slo-mo grooves, and yet they just went out on tour with Django Django, and won over fans across Europe.

Aka him from Air, and her from New Young Pony Club. It's sort of the sum of its parts: classy French lushness with an under-current of East London party vibes. Their self-titled album just came out, and was reviewed by DiS' George Bass here.

For a little known act, these little known brits already feel like a full-fledged cult band that will be dogged by that journo-cliche word 'beguiling'. Think James Blake doing 'mad chill' Wild Beasts remixes, and you're half-way there... Glass Animals are signed to Kaya Kaya records, which is an imprint of XL, so they'll quite possibly be bigger than the xx before the summer is over.

Sure, 'Aidy's Girl's A Computer' was your jam, and you already think News from Nowhere is the album of the year. You don't need us to tell you they're one of the most exceptional British acts for quite some time, so we'll shut up and see you there.

Oh yes, him from indie-legends Gene, who released one of the most heart-breaking records we heard last year, which really-really-REALLY deserved more attention than it got. There was an incredible - verging on brutal - interview that we did with Martin last year, that was so good we sent him to chat about song-writing with Villagers for us. In a gorgeous church, with a piano... we'll be the ones sobbing at the back.

Whilst you were busy obsessing over Daughter's debut album, WALL released an intriguing EP of sorrow-begone balladry which got the broadsheet press all aflutter. A few spins of Shoestring and you will be drawing a big star-shape around their name on your TGE itinerary.

Some idiot (me), released his sixth studio album (Back Into the Woods) earlier this year and started managing him. I don't like to share him around too much, and well, yeah, he's headlining a gorgeous church, playing a grand piano, and it should be rather special. If you're not already tweeting him requests for tracks from his Mercury-nominated Here Be Monsters and signing a petition to make him a national treasure, please drop by and have a listen.

Onstage at: 20.15
A late edition to the bill (due to both FOE and her replacement SYLVER TONGUE pulling out). We're just finding out more about them. silhouetteofficial.com.

Most 'new bands' from London over the past 5 years have arrived with some dog-eared lo-fi recordings and dreams of selling out The Old Blue Last. Not-so with Halls, who is wonderfully out of step, pulling neo-classical influences through the eye of Joy Division-intense needle before threading them into a blanket of sadness. Sure, Thom Yorke is a a dismissive comparison you could tar him with, but that would be pretty darn idiotic of you, especially when he ends up scorching churches and filling concert halls in years to come. A very promising young talent, I can't wait to hear what he does next.

Don't know a great deal about these Finnish chaps, but the festival promoter who booked them reliably informs us they're terrific. Their bio reads thus:

Big Wave Riders hail from Helsinki, Finland. They are inspired by waves, echoes and experimental rhythms with an electronic touch. Big Wave Riders are influenced by the music that touched them most when they were teenagers. To quote Big Wave Riders : “Our music is not trying to fit into any certain genre. We make music without mathematics or accurate calculations. The songs are fast, slow, rhythmic and with variety”

There has been a resurgence of 'grunge music'. Look beyond the beanies and Dinosaur Jr t-shirts, and you'll find music that is as glamorous as it is riddled with puss and blisters. DOV might just be the most exciting rock band in the UK right now, and if anyone is going to incite riot-grrl 2.0 or whatever the new name for it might be, I have a feeling this is a the rattling space to be watching.

Listen To All of These Acts Here

And if that wasn't enough, visit Beatcast.tv for footage from last year's DiS stage.