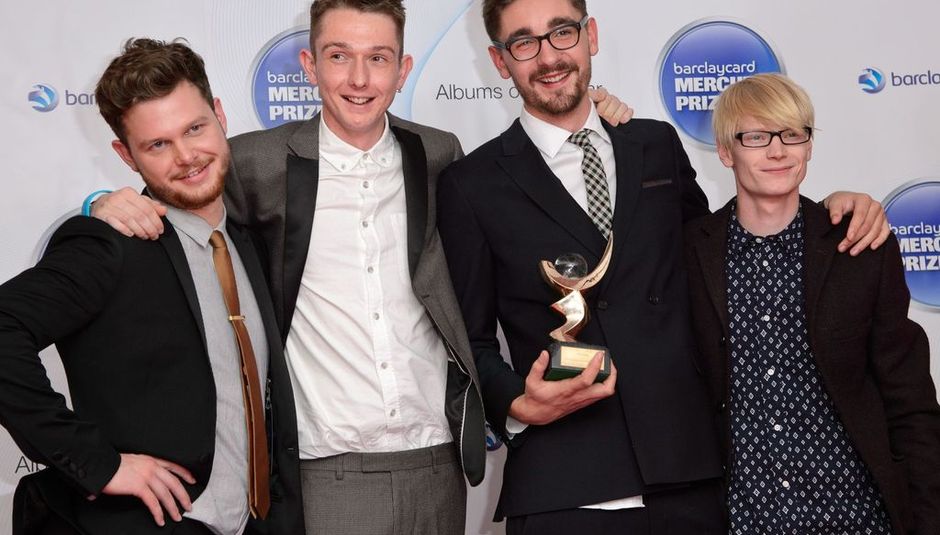 First established in 1992 as a credible alternative to the BRIT Awards, the Mercury Prize has evolved in lustre and scale to become an annual pissing contest between critics and music geeks alike. Which of the nominees really deserved their moment in the spotlight? Who managed to guess 90% of the shortlist with the exception of that odd jazz quintet? Did anyone actually listen to that Speech Debelle record?

At the heart of all this debate is a collection of 12 albums. When this awkward bunch are announced on Wednesday there’ll be a lot of talk around a potential 1,000% Amazon.co.uk sales boom and the £20,000 prize money. Speaking to the hotly-tipped Jessie Ware last week, we got the impression that for bands and artists the Mercury Prize is much more about recognition for a job well done.

“I’d love to be nominated, people have been so lovely about the album,’ commented the ‘Wildest Moments’ hitmaker. “I don’t think you can expect it but it would be absolutely amazing if I was nominated and I’d feel ridiculously lucky.”

In this spirit of giving albums a timely thumbs-up, Drowned In Sound’s Mercury predictions column is a little bit different. Most of these LPs won’t feature in the nominations, some of them might, whatever the case they’re all records our writers and board members love dearly and would be thrilled to see celebrated amongst this year’s best of British. So do the sensible thing and give them a listen...

Kyle Ellison: In a decade where Britain has played a major part in the transformation of clubs around the world, electronic music has been curiously sidelined by the Mercury Prize nominations. You’d have to look back to 2003’s Boy in da Corner to find a winner that reflected the country’s evolving dancefloors, and Kuedo’s Jamie Teasdale is somebody who understands that better than most. As one half of Vex’d, Teasdale already comes with a strong pedigree, but Severant finds the producer flexing his creative muscles once more. This visionary, cohesive set of jittery drums and sci-fi swirls would be an outsider choice, but a deserved nod to one of Britain’s more forward-thinking exports.

An Awesome Wave by Alt-J

James Skinner: First, an admission: I'm probably not as "up" on new music - especially new British music - as I'd like to or should be. In fact, I don't even write much about it anymore; of the last few really substantial things I've done for DiS, three of them are about reissues. But well: I recently went on a three-week road trip around Europe, and among the songs on my friend's iPod that formed the soundtrack to our holiday was Alt-J's 'Breezeblocks', and man, I love it. I love that it references Where the Wild Things Are; I love its sharp, intertwining bass, guitar and keys; I love its tricksy, twisting vocal; I love how it breaks down; I love its dark-as-fuck video; I love the fact that since getting home and having a friend stay we've been playing and singing it pretty much incessantly... Maybe I love it because it sounds a little bit like the music my friends and I used to make over half a decade ago - or at least, it sounds like what we wanted to sound like. I love the fact that it's made me interested in new music again, and I love the fact that in the two interviews I've read with the band they seem like a really decent, slightly bemused bunch of friends. I love it so much I have trouble really listening to the rest of the record. But it should definitely be nominated, because 'Breezeblocks', if I hadn't made it clear already, is just freaking awesome.

"A distillation of everything that makes Field Music great"

Aaron Lavery: The album that I would like to win, but I'm not sure if they'll be nominated or even put their album forward, is Field Music with Plumb. A concise distillation of everything that makes Field Music great, Plumb piles a massive bundle of ideas into just over 35 minutes. Combining clever, ridiculously catchy riffs with politically conscious lyrics has been the Brewis brothers' stock in trade throughout their career, but on Plumb they just seem to be at the top of their game. And to think that it originated from a load of off-cuts from their previous record.

"An unique concern in the Top 40 landscape"

Robert Leedham: The only reason I can muster for Jessie Ware not bagging a Mercury nomination is that she has been too widely touted for the prize already. Despite having been handed odds of 20/1 to win scoop the honour before it was even released, Devotion deserves a nod because it's the work of an unique concern in the Top 40 landscape. A singer-songwriter who isn't just 2012's answer to Adele, who hasn't rested on the laurels of her post-dubstep pals and who stuck her frankly stunning voice at the centre of an intricately crafted delight. From arms aloft anthems to innovative floorfillers, Devotion is confident enough to reveal its elegant charms in slow motion which gives you just enough time to head down to Ladbrokes and stick a fiver on it to win.

"One of the greatest songwriters of his generation"

J.R Moores: Every now and again some critic will declare to deaf ears that Darren Hayman is one of the greatest songwriters of his generation. As Stewart Lee asked in The Times a couple of years ago,“Shouldn’t Hayman have won some sort of award by now?” If the Mercury’s mission is to acknowledge British musical achievement, I can’t think of a better candidate. The ex-Hefner singer has always wrestled with the messiness of British identity (and the numerous wider and narrower identities contained therein), whether tackling Great British Holidays and greasy spoon cafes, constructing a trilogy of ‘Essex’ albums, or using the year of London’s Olympic Games to unleash a melancholic instrumental concept album about Britain’s open air swimming pools (Lido). He continues to explore such themes in a considerably more thoughtful and stimulating manner than was ever achieved by, say, the cartoonish knees-upping of Blur or the dubious outbursts of ex-pat Steven Morrissey.

In The Belly Of The Brazen Bull by The Cribs

Richard Wink: Without a doubt I think The Cribs’ In the Belly Of The Brazen Bull deserves to be nominated for the Mercury Prize. The band’s fifth album is ambitious, and this sounds an odd thing to say about a band that seems to have always carried a disdain for ‘career progression’. Utilizing the production skills of heavyweight’s Dave Fridmann and Steve Albini, ITBOTBB sounds big, bold and boisterous, whilst still retaining The Cribs’ rough and ready Wakefield-bred rabble rousing sound. I fear this album will likely be ignored because (un)Glamourous Indie Rock & Roll seems to have died a death in recent years.

No One Can Ever Know by The Twilight Sad

"They're light years ahead of most of the competition"

Dom Gourlay: Since releasing their flawless debut Fourteen Autumns and Fifteen Winters in 2007, The Twilight Sad have arguably been one of the most consistent UK bands both in terms of recorded output and live performance. Never afraid to take risks, they could quite easily have become just A.N.other shoegaze/post-rock band with better lyrics. Instead, they're constantly challenging themselves and striving to go that one step further no one has ever been before. After 2009's Forget The Night Ahead, the band took some time out to return to the drawing board and construct something entirely unexpected. Having gotten esteemed DJ-cum-producer Andrew Weatherall on board, the noise element of their sound toned down in favour of a more electronic, industrial approach. From the brooding intensity of 'Sick' to the pounding death disco of 'Dead City' and seance in sound 'Kill It In The Morning', they've conjured up a record that evidently demonstrates why they're light years ahead of most of the competition, both at home and abroad, and fully deserve all the plaudits and recognition which comes their way, starting with a nomination at this year's Mercury Music Prize...

50 Words For Snow by Kate Bush

"If nominated, would she play live?"

Andrzej Lukowski: I suppose anything could happen given the non-nomination of Kate Bush’s transcendently brilliant 2005 album Aerial, but I think that record – and to a lesser extent last year’s re-recordings project Director’s Cut – served to re-establish her in people’s minds as a fairly major contemporary artist. The sheer volume of critical acclaim 50 Words for Snow was subjected to seems pretty much guaranteed to earn it a nomination, and it hopefully goes without saying that its glacial, Talk Talk-alike snowscapes, weird eroticism and slight ludicrousness (it is a concept album about snow with a guest appearance by Stephen Fry) make it an eminently deserving candidate, my favourite British album of the last Mercury period by an almost depressing margin. Will it win if it gets nominated? Dunno, really: the Mercury has no history of rewarding ‘oldies’, but hard to exactly see her in that category. I’d say she has a fair chance, though the wider question is probably ‘if nominated, would she play live?’

More from the message boards

The Mercury nominations debate has been going strong on Drowned In Sound's message boards since early last month and you can expect it to continue when the real action kicks off this Wednesday. In the meantime, here's a selection of our users' shortlist predictions. If you've got an album you're desperate to see make the cut, let us know about it in the comments section below.

"Stick a fiver on Emeli Sandé. Her turn at the Olympics opening ceremony won't have done her chances any harm." - Luke_Away

"Surely Rustie is worth a punt at 25/1? What with the After Light single blowing up in the mainstream and that? Then again they never nominate any of my picks, so I wouldn't go putting the ol' farm on it." - Littlebirds

"Tindersticks should already have been nominated at least for their first 2 albums and Simple Pleasure - if The Something Rain doesn't make the list it'll be a travesty. Though with M People as previous winners, maybe it's a travesty already." - ThirstyDog

"The Invisible got a nomination for their debut and this year's follow-up (Rispah) is very good, if not strikingly original. Deserves a nod." - Wonton

Watch: A Winged Victory For The Sullen 'Requiem For The Static King Part One'