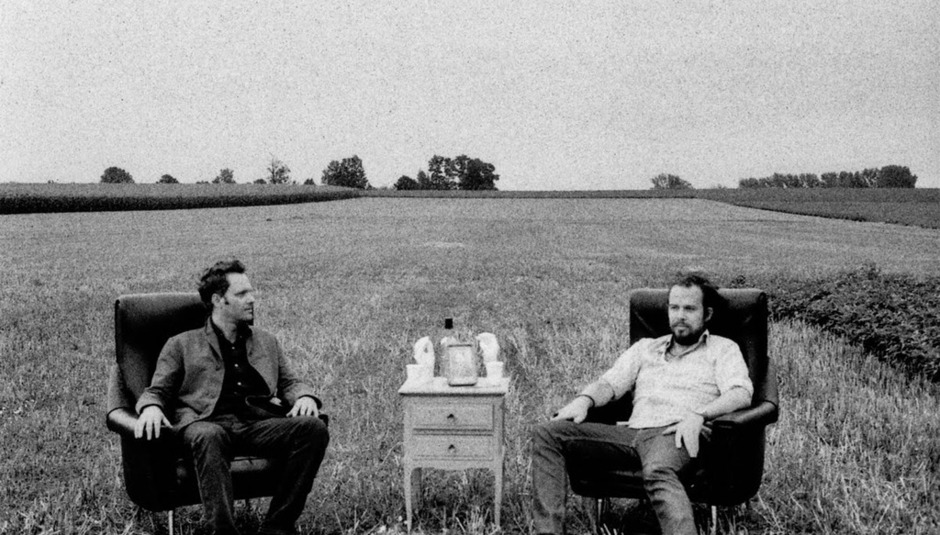 Watch: A Winged Victory For The Sullen 'Requiem For The Static King Part One'

If you thought the A Winged Victory for the Sullen album was as wonderfully intense as most of DiS' staff did (well, we agreed it was our 16th favourite album of 2011), then hold tight, as we premiere their new video ahead of their dates on the Erased Tapes 5th Anniversary tour...

AWVFTS is the work of Dustin O'Halloran and Adam Wiltzie. It's almost impossible to put into worlds the whirl of sadness and the strangely uplifting vortex the album sweeps you into. In his 9/10 review of their self-titled debut, Sam Cleeve summed the record up perfectly as "a nocturnal meditation for solitary contemplation, a celestial incantation to silence all commotion. While Wiltzie and O’Halloran both have their obvious contemporaries to draw parallels between (Hammock; Eno/Frahm; Arnalds), this emotive disc balances a hushed intimacy and vast expanse that places it in a unique sonic terrain."

About this video from Adam Wiltzie says:

A wise man once said, "conceptual art is a little bit like swimming through vomit". I could not agree more. I love a Guy Madden film because it looks beautiful, but I could care less about the meaning behind it. The same goes towards Christopher (Hewitt, who directed this video). Maybe he had some epiphany about who knows what when he heard our music for the first time, I am just pleased as punch that he delivered something this extraordinarily beautiful.

We started investigating video ideas with many different directors as early as April 2011, to no avail, except for blowing currency on apocryphal hopes. Mr. Hewitt delivered us a storyboard idea around the first week of October last year, and it was well worth the wait. I feel fortunate to be surrounded by people like him, and the team at Knucklehead Films. In the end we have inspired each other, and I can only hope we will work together again before I check out of this place….

A Winged Victory for the Sullen's and via Kranky in North America.