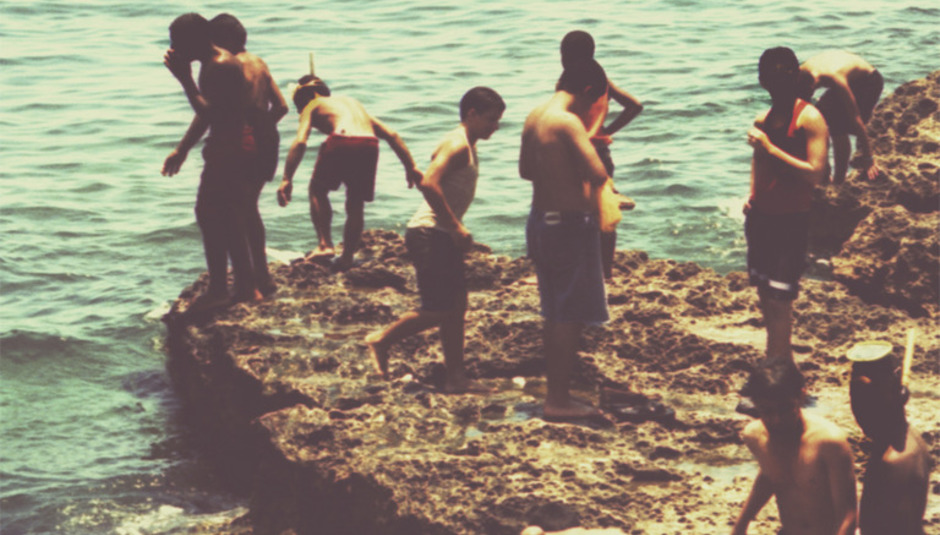 Following the rather positive review of their high-octane new album, we asked the chaps from Cast of Cheers if we could stream their new record. They said 'yeah' and wrote you lot a little guide to each song on the album...

The Cast Of Cheers - Family by The Cast of Cheers

Track by Track guide to Family:

This was one of the first songs written for the album. In the beginning it had a completely different verse. It had double speed guitar loops all over it but over time it got more and more simplified. It's probably the most obvious 'Police' inspired track.

This is one of the more rigid tunes on the album. It has a very staccato feel guitar line at the beginning and trade off vocals between Conor and Neil. Luke thought it would be great to open up the song towards the end so that's exactly what we did. There's keyboards, double speed loops and vocal melodies a plenty in the outro. Kev got so carried away that you can hear his drum kit falling apart at the very end of the song!

This tune relies heavily on the rolling bass riff throughout. We got to use some pretty dirty synths for the chorus too which was something we really wanted to incorporate on the album. The "down to the bottom" refrain was added very late in the studio. Vocally, this song was quite challenging as the chorus needed plenty of gusto!

Born in a hot and sticky rehearsal studio in Hackney a few weeks before we were set to start the Album. Animals has vibes of melted ice creams and beers in the sun. It reminds me of the summer of 2011 and our move to London.

Probably the song that went through the biggest changes. Originally it was quite a snappy upbeat track. Luke (Smith) thought it could be taken in a different direction as a lot of the album had pace and this would make for a nice breather, giving the album some space.

One of our oldest songs and the only one to make it through from Chariot to Family. We weren't sure about taking any of the old songs through but it was one of Luke's favourites and we really wanted to see what he could do with it. Hearing back a rough mix our doubts were washed away making an old song fresh and exciting again.

We listened to a lot of rhythm of the saints by Paul Simon in the run up to the album and this is definitely the closest we came to having anything like that on the album. There's a weird voodoo tropical buzz happening here. We'd love to do a video for this tune as it would surely involve us flying to somewhere near the equator and having a mad party!

I think this is our collective favourite on the album. It's so simple and driving and probably captures best what we do live. The music mirrors the bleakness in the lyrics.

They Call It A Race

Will Ferrell said more cowbell, we said okay Will.

Family is out now.