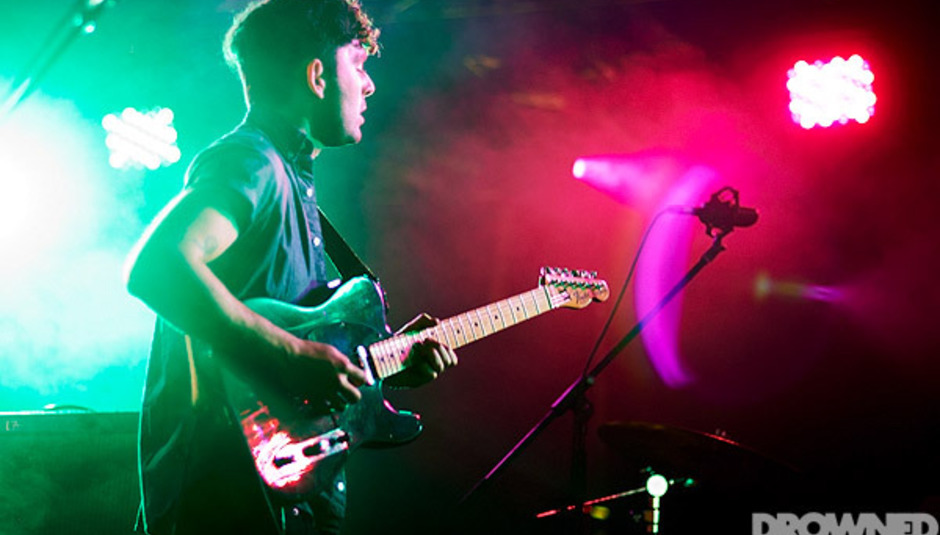 You may remember that a band named The Antlers released an album named Burst Apart in 2011, and that DiS really rather liked it. So much so we named it our album of the year. You may also be aware that they're headlining The Shepherd's Bush Empire in London next week (Thurs 26th).

We have a spare pair of spots on the guestlist to give away, so that you and a friend can come see them play. Plus the band have kindly signed a copy of Burst Apart to throw in for extra measure. There is a downside however, and that is that you will have to attend the gig with our editor, and he may try and sneak you into the after-party so you can get a photo taken with the band to post on your Facebook (no promises - especially if you sneak off to the loo during the support band and never come back).

To enter this competition simply answer the following question in the comments box below or tweet us using the button beneath the Q:

Where's good to get a pint before a gig in Shepherd's Bush?

A winner will be picked at random at midday on Monday, if you won you will be notified shortly after.

In other news, 'French Exit' is the final single to be released from Burst Apart and it comes out on May 7th via Transgressive Records.