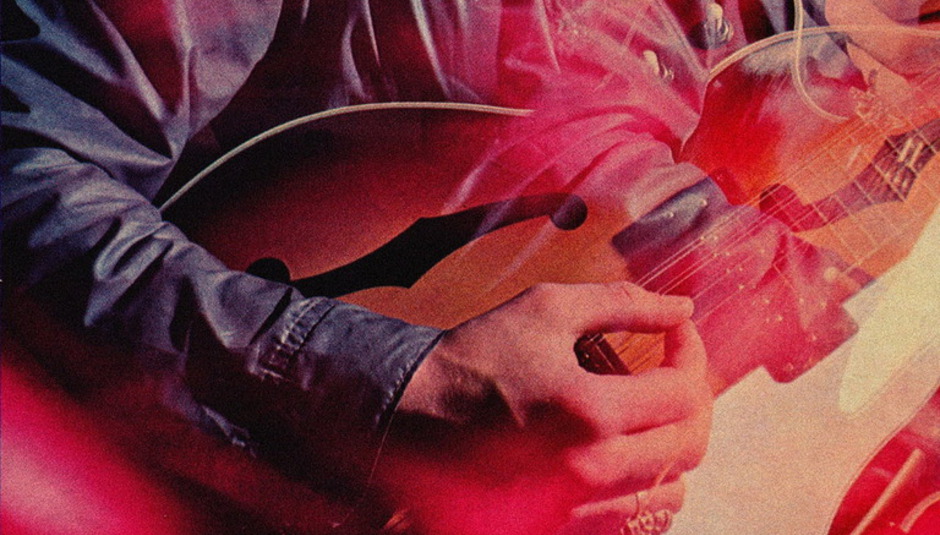 DiS' editor picks five songs (well, one is an entire album) to fling you giddy and grinning into the weekend and beyond....

Jonathan Meiburg's latest record is a wonderful mutant. There's still swan-like indie element but the proportion of the music is set to stun on a stadium scale. His UK tour starts in Brighton tonight (shearwatermusic.com) and this is the latest video for a track from Animal Joy (Read DiS Reviews Editor Andrzej Lukowski's 8/10 Review), which offers a glimpse of the Where the Wild Thing... wonder that probably rushes through Meiburg's mind as his songs cascade toward the moon.

This is a new project by Dan Fisher. You may recognise the name Dan Fisher because he was the main lyricist in The Cooper Temple Clause (RIP). 'Gathering Storm' is a great re-introduction to the Garfunkel and Grandaddy-isms which peppered the softer side of Reading's finest export since sliced-leg-on-a-burnt-out-portaloo. And if you like the sound of this, fire up http://redkite.bandcamp.com for plenty more.

If you've not heard about Gwilym because of his astounding 'app'-like technology which turns a song into a constantly evolving organic being, you may be aware of him because he was the singer of Golden Silvers. However, why you should really be interested in him is due to his forthcoming debut album, which marks this talented young gent out as a truly interesting new talent, mixing elements of Mutations-era Beck with the lushest moments of Trent Reznor's recent soundtracks. Gwilym plays his first headline show of the year at the Sebright Arms in East London on Wednesday 2nd May (info).

It may sound somewhat of an exaggeration but this week one of the my albums of the year slid out onto iTunes. Block some time out of your day/weekend and stream it in full with this handy Soundcloud player:

Some musicians are more like a deadly bacteria than others. Joe Cardamone has been stomping on stages and lacerating hearts and ears for a decade or so, and he's not going to stop just because his band aren't bigger than The Strokes (although they shoulda been, but yuhknow, the music biz is a fickle beast and sided with nostalgia, rather than the most exciting band on the scene...). Defunct labels, key members leaving to join ranks with Trent Reznor or quittin' in favour of clean-living and pay-dirt, hasn't dimmed the fire burning inside Cardamone, in fact, it's probably stoked it a bit, and done little but hiss like spit in a pan.

What you need to know right now is that you were right when you fell in love with Mono, and that you'll still be right when you stand in line on record store day, gripping a copy - your copy - of Live in London a limited edition vinyl only 10-song elpee recorded live at the Lexington in October 2011.

Before we premiere their new video 'King Baby', we have a competition for you, to win a special Icarus Line poster. All you need to do is comment below telling us the name of the member of The Icarus Line who left to play in Nine Inch Nails and Jubliee?

And that's your lot for this week. Feel free to share anything you've been loving this week below, that you think folks looking at this might like.