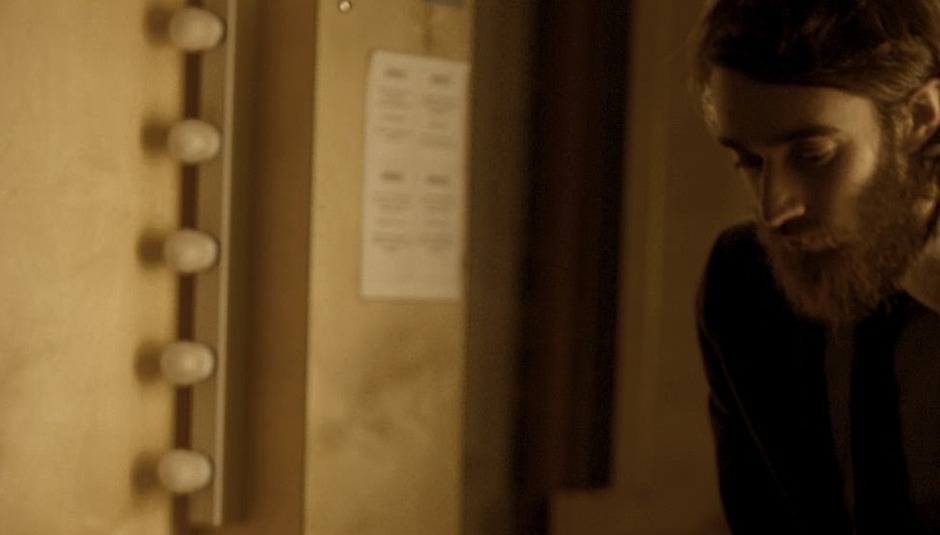 Fans of Elliott Smith, Perfume Genius, Josh T. Pearson and/or Damien Rice, you will want to be clicking play on this...

Troubadours come and go but you can always rely on them when you need them. They mope in and shuffle out of our consciousness. Some die young, others live on and we fill theaters with our love for their thoughts of death, and let their heartbreak haunt us in the name of entertainment. Some arrive with their meditations on misery at just the right moment and remain etched into our psyche. They gently caress your hand and fill that no-one-gets-how-I-feel hollowness with their intensity of being. Many of these moth-bitten souls do what they do with a softness but they all have an undeniable heaviness to their hearts, which, yes, you could describe as "heartbreakingly beautiful". You can hear the cries of longing in their songs from a place of loneliness but there's also this strange warmth that for all the rejection and pain and turmoil, that love is worth it. You could call some of the melancholy to their songs 'emo' and you could even dismiss it as misery for the miserable, but if you've ever had your heartbroken you'll know that the quivering voices and flickering emotions will always cast a spell over you.

Welcome Keaton Henson with a debut album of some of the most wonderful wallowing I've heard in quite some time. He surely owns a copy of Elliott Smith's Roman Candle, as his stripped to the bone sadder-than-sad songs come from a place of solitude and they will either anchor you or empathize with that shadow in your heart, as they reflect that utter bleakness you're maybe feeling right now. Then again, maybe you are a sadistic fucker like me and they'll lift you up. I mean, that whole Oberstism idea of 'the sound of loneliness making you feel happier' is true, isn't it?

Keaton sent us a note to precede your listening to his debut album, which tells you all you need to know about him really, and it reads as follows:

sweetheart, i am so sorry that they can hear these songs.