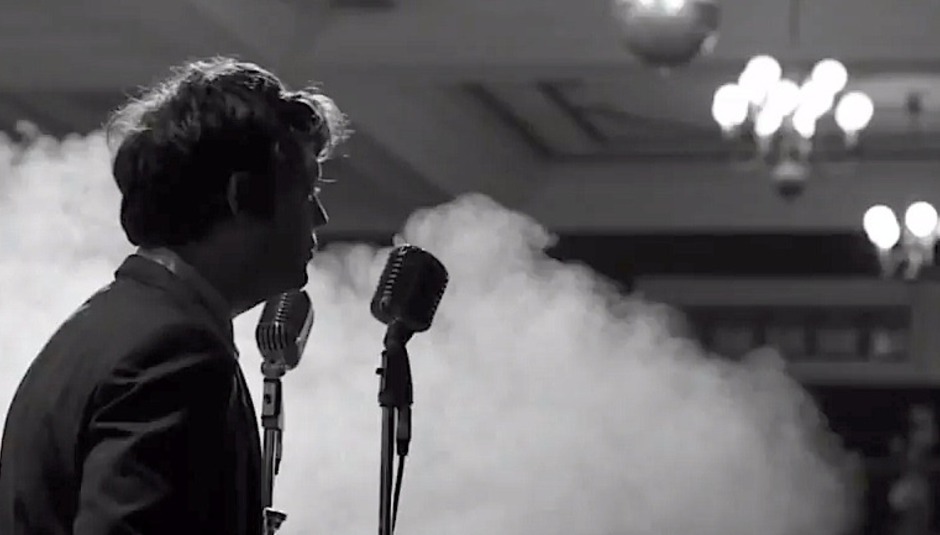 As you may have noticed over the past few weeks, we've scrapped our weekly Spotifriday playlist in favour of a monthly playlist (click here for Drowned in February on Spotify). Instead of a weekly mixtape, we're now doing this digestible post of five things we think you coulda/shoulda heard this week but if you didn't, here they are, in one place with play buttons and everything...

You know that we adore Beirut at DiS towers, right? And we love his/their latest record The Rip Tide so much so in fact that we let them guest edit the site and made the record one of our albums of 2011. Anyway, he/they have a new video, which involves a not unattractive lady and some soldiers and some karma biting an asshole (figuratively speaking) somewhere near his asshole (not quite literally).

Icelandic post-Sigur Ros sort Ólafur Arnalds is another favourite 'round these parts. He's about to embark on his "Trio Tour". To promote the shows, he's gone and got a brand new animated video for 'Near Light' which was taken from his 'Living Room Songs' EP (not to be confused with the 7/10 scoring film soundtrack we reviewed this week that we'll be streaming in full on DiS next week). The video was made by Lam Ho Tak, who won last year's Adobe Design Achievement Award.

We loved her album. This is a single from it, entitled 'Dust Collision' (it's also the title of aforementioned album) which is due out on the 5th of March via James Holden's brilliant Border Community label. The release comes with remixes by Solvent and Margot and will be available on vinyl, as well as digitally. I would describe it but I loved the way Rough Trade described the track on their pre-order page, so here is that, and I have kept it all in lower case as their entire site is weirdly like that, and we presume it is like it for a reason...and no-one wants an angry Sean from Rough Trade banging on their door at 4am.

After a little bit of a delay, the anonymous ones Kindred EP came out on Hyperdub this week. We found this video on Facebook and have no idea if it is, like, the official video or just some bro who knows his way around video making things doing a vid for fun... You can pick up the EP direct from Hyperdub and you can find the review over in Drowned in Sound's Recommended Records section.

And finally... if this new Scuba album on Hotflush doesn't get you in the mood for the weekend, pour yourself a drink. And then another. And repeat until someone tells you you've 'had enough'. If you have no-one responsible around, please call 0845-am-i-drunk.

Also, if you missed 'em, now streaming on DiS we have: Shearwater's new album, School of Seven Bells' new album and a splendid HEALTH remix of Crystal Castles.

DiScuss: What songs, vids and albums have you been loving this week?

Metric confirm new album Synthetica will be released in June