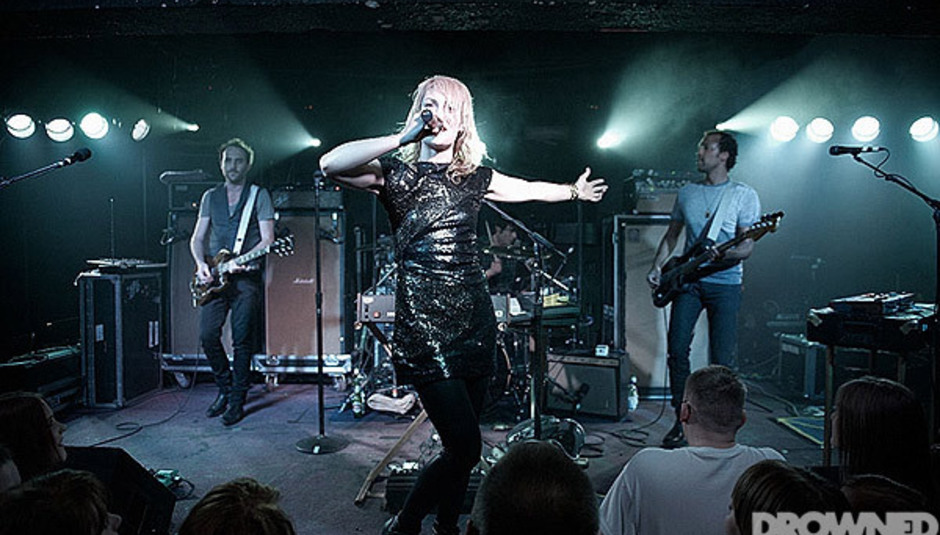 Metric confirm new album Synthetica will be released in June

We'll let Emily Haines answer any further queries you may have:

What is the new album called?

What is the release date?

June 12th in Canada and the US. It will vary by up to a few days in the rest of the world.

It sounds like the culmination of everything we have done. We've always had a sound in our heads that we hoped to realize and we finally heard it coming back out of the speakers this time.

Where was it recorded?

At our own studio, Giant, in Toronto. And at Electric Lady Studios in NYC. The album was produced by Jimmy Shaw and mixed by John O'Mahony. This is our favorite combination of spaces.

What is SYNTHETICA about?

FANTASIES was all about pushing ourselves out into the world, going to unknown places and shaking off everything familiar.
SYNTHETICA is about staying home and wanting to crawl out of your skin from the lack of external stimulation.
SYNTHETICA is about forcing yourself to confront what you see in the mirror when you finally stand still long enough to catch a reflection.
SYNTHETICA is about being able to identify the original in a long line of reproductions. It's about what is real vs what is artificial.

SYNTHETICA is about insomnia, fucking up, fashion, all the devices and gadgets attached to our brains, getting wasted, watching people die in other countries, watching people die in your own country, dancing your ass off, questioning the cops, poetic justice, standing up for yourself, sex, the apocalypse, doing some stupid shit and totally regretting it but then telling everyone it made you stronger, leaving town as a solution to unsolvable problems, owning your actions and owning your time.

That pretty much covers it.
Does this mean I don't have to do any interviews?

...possibly, although I'm sure there's still some kid who'd like to know how you all met and where you got your name from. Bands who've been going for a decade love answering those kindsa questions...

Hopefully some new European tour dates will be revealed before too long. For now and for more details about what the band have been up to since we last hear from them, there's a communiqué from Emily Haines now up at ilovemetric.com.