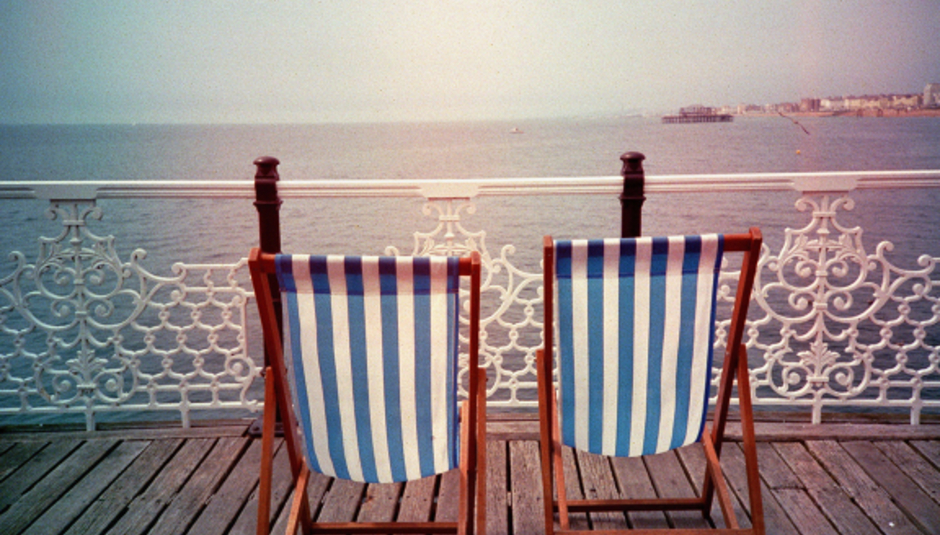 DiS is thrilled to reveal the first few names for Great Escape 2012. This includes some of the acts who will perform at our three nights of DiS-curated music. Oh and we've also made a Spotify playlist to get you in the mood...

This year's Great Escape kicks off on Thursday 10th May and climaxes on the Saturday night (that's the 12th of May). It'll once again take place beside-the-seaside in Brighton on England's sun-drenched south coast. If you've never been, it's thirty venues (including churches, rooms above pubs and a bar on the famous Brighton pier), three hundred or so bands, plus a heap of fringe events, late-night club nights and also a daytime conference thing featuring advice, debates and all that malark. It is a music festival but it's also billed as an international showcase, which makes it a bit like South by Southwest in that the Canadians and the Scandinavians are always putting on great parties - and this year they've got bills from Africa and some Catalan music too! Actually, it's a bit like SXSW except it's far cheaper to get to for us Europeans, far more manageable in terms of the scale, and with that limit there's the sort of quality control that means you end up walking into a cafe and watching Adele several years before anyone gives a crap.

DiS has hosted a stage every year since the festivals launch back in 2006. Our bills have featured everyone from Crystal Castles, Blood Red Shoes and These New Puritans to Laura Marling, Marnie Stern and Mount Kimbie via Gallows, Cooper Temple Clause and Idlewild. This year, we're very excited to confirm that our three nights of live music will include performances by the dreamy-disco Danes When Saints Go Machine, College (yes, them French folks who did that song from Drive!), and a brand new band our editor (that's me writing this in the third person, hi!) has fallen in love with called The Soft from Bury St Edmunds... have a quick listen...

PLUS! We'll also be hosting a special DiS vs Erased Tapes bill, featuring the makers of two of our favourite albums of 2011 Nils Frahm and A Winged Victory for the Sullen, and they'll be joined by the labels slightly less string-driven and a little more electronica-infused The British Expeditionary Force, a brand video from whom we have below, for 'Commotion'. You'll be wanting to pack some tissues for this one.

Obviously the Great Escape isn't all about DiS, and there are lots more things confirmed, including the hotly-tipped likes of Grimes, Spector, Friends, Zulu Winter and Django Django. Here's the list of names they've announced today:

Festival programmer Natasha Haddad made a little statement to coincide with the release of these names:

“It feels great to be announcing such amazing acts right off the bat, and there’s plenty more artists of all genres to come. This is a really exciting year for new music and for TGE, and we’re fortunate to be able to showcase some of the greatest talent worldwide.”

If you're quick, you can buy a three-day ticket for £35. For more ticket related stuff and further info get your mouse clicking around their website http://www.escapegreat.com.

As promised up top, here's a Spotify playlist of some of the acts announced on the bill.