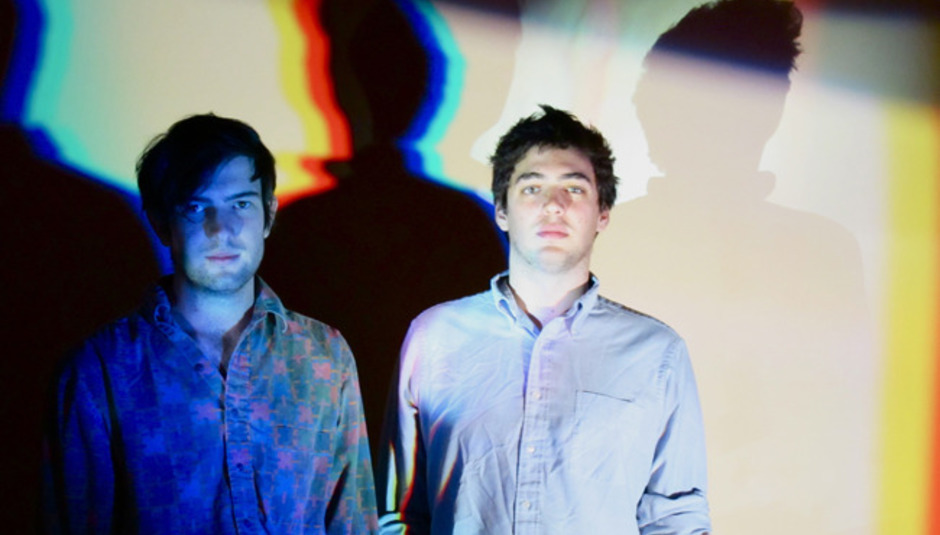 It's psychedelic and throbbing but it isn't quite a drone record. It's a brooding half-breed of gentle but euphoria-inducing techno and meditative IDM, yet it isn't really something you'd fill dance-floors with. This is the sound of Sam Haar and Zach Steinman, collectively known as Blondes, and their devastating - in the most subtle and sophisticated of ways - debut album.

I've been obsessed with Blondes since hearing their Merok records released Touched EP back in the summer of 2010, and with every remix and mixtape, the love affair has intensified. It's near impossible for me to describe their use of synthesizers, sequencers, and drum machines, without getting into pretentious metaphors about Mayans clobbering robots as seen through the eyes of someone on ketamine... It's also hard to avoid obvious comparisons to The Field, Gui Boratto or Ricardo Villalobos to assist in quickly contextualizing the Brooklyn-based duos 'work'. Hell, we could even throw in an Erol Alkan mention and slip in the names Errors, Walls, Joy Orbison, JD Twitch of Optimo, Dungeon Acid, SFV Acid, John Roberts, Andy Stott, Teengirl Fantasy, Bicep, Traxx, Laurel Halo, Rene Hell, Luke Abbott, Nathan Fake, Trentemøller and Oneohtrix Point Never, and hopefully at least one of those names pique your curiosity enough to block out some time in your diary to dedicate to crawling inside of this and letting the slow-waves wash over you.

The double-CD album is released on Feb 6th 2012 via RVNG. INTL. Pre-order your copy here or if physical isn't your bag no mo', you can pick it up via iTunes. The second disc is full of remixes, and has the following tracklisting:

There's a London launch party for the record taking place at the Shacklewell Arms on the 16th. The record itself is a compilation of a 12-inch series on RVNG Intl. from 2011 which aimed to to document Blondes' evolution. Each record contained a pair of tracks that according to this press release...

"...explore the concept of duality through a personal lens intensely focused on moving the body. The a-side of Lover / Hater is centered upon a Meredith Monk sample, a primal scream signaling Blondes' rebirth. Business / Pleasure confronts the struggle of sustaining individuality in a sinister commercial world and stylistically references Blondes' time spent in the UK. The final 12", Wine / Water, swings on pendulum between excess and restraint while exhibiting the duo's most melodic and mature work thus far. Available as limited edition vinyl pressings, these six tracks are collected together in album form along with two new offerings, Gold and Amber. Almost entirely improvised and recorded in single takes, Gold and Amber are inspired by complexity and purity, which manifests in the manic energy and bliss of the parallel tracks."

More details about the Shacklewell Arms album launch can be found here.