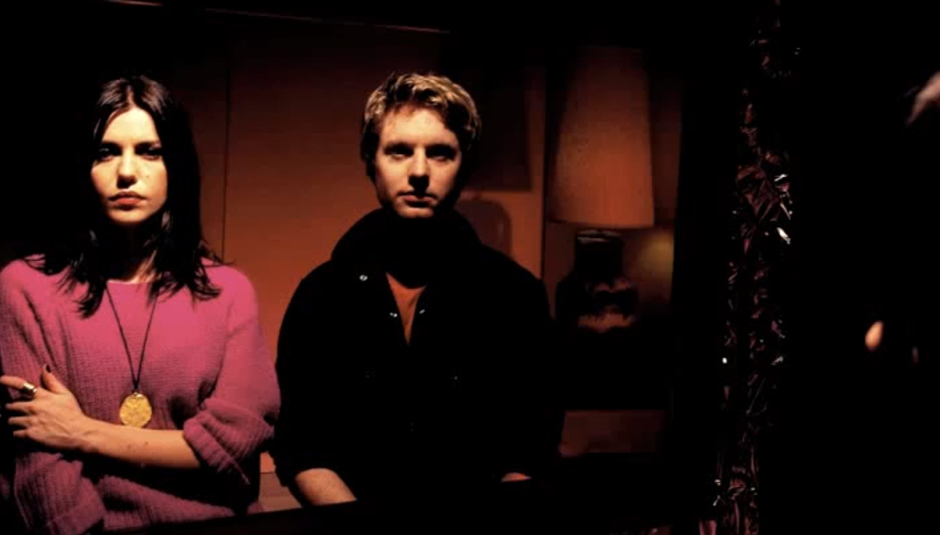 Rock your socks off duo Blood Red Shoes are bloody well back! With a new album! And... new tour dates! Plus there's a new song that you can hear, right here:

The new album is called In Time To Voices and it will be released on March 26th. The week before, 'Cold' which you can hear in all its badass riff glory above, comes out as a single. Both will be released via V2/Co-Operative Music. The album features drums, guitars and snarls, and harmonies, and all sorts of wonderful and brutal (some people are even mentioning Sabbath) and melodious stuff (other folks are mentioning Fleetwood Mac!). DiS has heard it and can confirm it is very very good (and we don't say that a many things).

The record was recorded at The Motor Museum in Liverpool. Mike Crossey co-produced it with the band. Mike's done records with Arctic Monkeys, Foals and Tribes, as well as worked with BRS previously.

In the press release we got sent this morning, Laura-Mary, shed some light on the new, ambitious approach taken this time around:

”With this album we totally threw out the rulebook of how we write and record. We decided we wanted to make a really ambitious record, not something which reflects our live show but something which is only limited by our imaginations and not by how many instruments we use onstage. We figured the best way to push ourselves forward was to write the best possible songs and melodies we could - once you have that as your foundation, you have the freedom to go anywhere with the sounds you use. We feel like a totally different band now. We feel like we're shooting for the stars.”

“Steven started playing this weird drum beat in a soundcheck and I wanted to make it into a song, so I found this mean riff to play over it. It has this hip-hop groove which is something we'd never tried before.”

The tracklisting for In Time To Voices is as follows:
· In Time To Voices
· Lost Kids
· Cold
· Two Dead Minutes
· The Silence And The Drones
· Night Light
· Je Me Perds
· Stop Kicking
· Slip Into Blue
· Down Here In The Dark
· 7 Years

And seeing as they're 'a bit good' live, I suppose you'll be wanting to know about those tour dates now...

Pre-sale tickets go on sale from crowdsurge.com on Wednesday 25th January at 9am. Tickets go on general sale at 9am on Friday 27th January.

Now, go read Steven's thoughts on the crisis in guitar music if you haven't done so already.