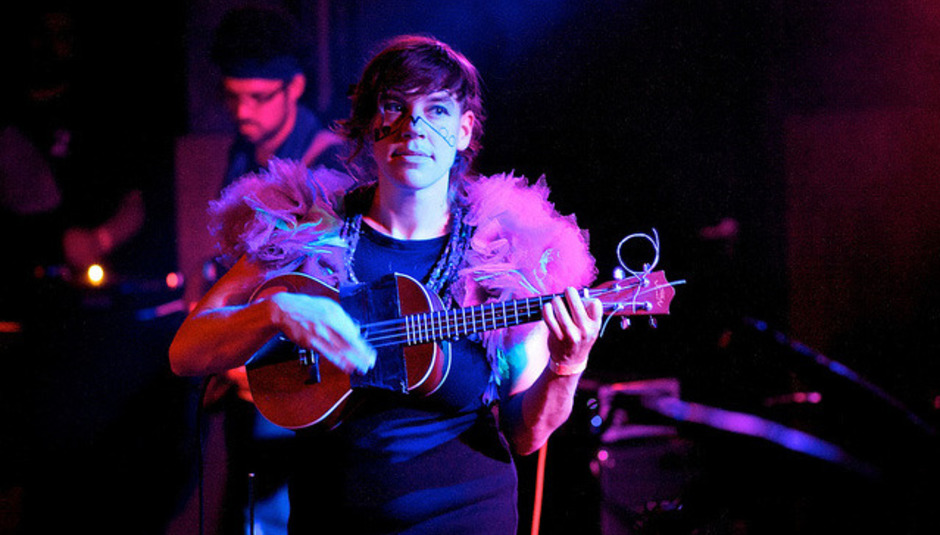 This year's w h o k i l l by Tune-Yards could well be one of the best of 2011. Dom Gourlay wrote in his review that "as long players go, 2011 won't get much better than this, and with whokill, Merrill Garbus has somehow managed to encompass more ideas into just over 40 minutes than most artists manage in a lifetime. It goes without saying the bar has been raised, both in terms of Garbus and the rest of the competition".

You'll have to see if it makes it to anywhere near the top of our albums of the year in the next couple of weeks, though. I'm not giving anything away, either. What we can tell you, though, is that Merrill Garbus has added a couple of UK shows and an Irish one at the start of her upcoming European tour. All dates on that jaunt now listed below:

Below you can watch the video for 'Bizness', which has really done the 'bizness' as it has over 1.2 million views. Woah.