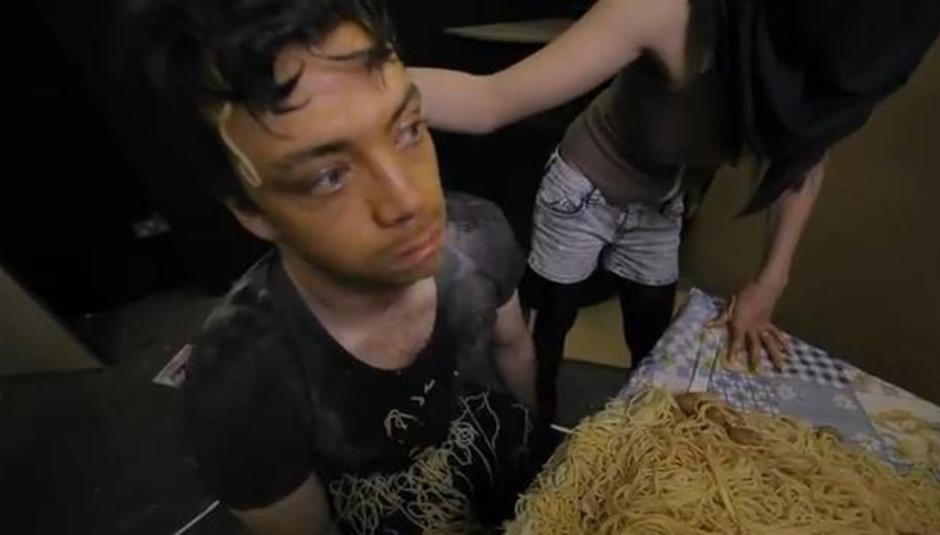 On Monday of this week (November 14) Los Campesinos! released their third full-length album, entitled Hello Sadness. As ever it's out through Wichita Recordings and, as ever, we're pretty looking forward to hearing what it offers. There's also been a video made and released for the title track, which can be seen below.

Good video, huh? I think it might put you off spaghetti if you weren't already put off by its bastard slippery nature. To give credit where it's due, it was produced and directed by Casey Raymond and Ewan Jones Morris so yeah, well done to them, top job.