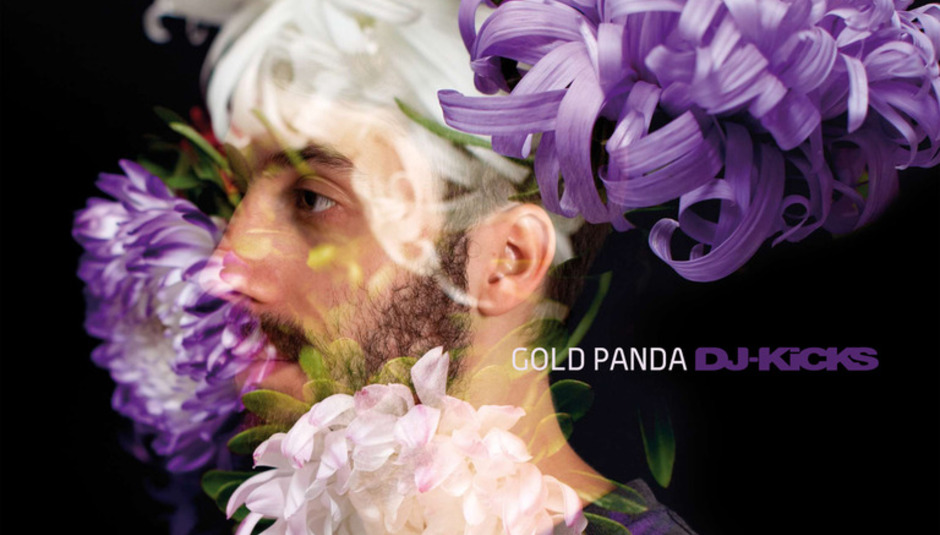 Last week Gold Panda released his DJ-Kicks compilation through !K7 Records. You can read our review of it here. Or, alternatively, you can read a breakdown by the man himself, whilst streaming the entire mix on SoundCloud, both of which are below. It's pretty in-depth and gives a good insight into his first (and possibly last) DJ mix. On you go...

Back Home: I guess that it is the track that I did first as Gold Panda and it's the track I'm most happy with - even though I've done shit loads of tracks, I've never bettered it. Not in terms of a song but how quickly and simply it's made. It's what I wanted to do straight away and now I feel that everything else I've made is inferior. It's everything I wanted Gold Panda to be.

An Iceberg Hurled Northward Through Clouds: I wanted to start with a new track basically because I'm not that confident about my music and I wanted to get it out of the way! Rather than say 'THIS IS THE MAIN TRACK' – more 'This is my track, get rid of that'! There were a bunch of tracks on the original idea for the mix we couldn't get cleared and the track was based around those tracks. Like the chiming at the start. So it would have been the third or fourth track, but by doing various mixes it became the first track because it didn't fit or couldn't get cleared, so it became the first track. I played most of the stuff on this track. There are only a few samples.

Closer Musik: Probably my favourite track. Matias Aguayo, who did that [Ay Ay Ay] album on Kompakt, he was part of CM. I'm not sure they even did an album. It's everything I like about electronic music; the melody, it's simple and it sounds analogue.

Bok Bok and Drexciya: The Bok Bok track sounds like, well the intro sounds like, some dodgy B movie, a very 90's futuristic thing or even earlier, like a John Carpenter film. There's lots of wonderful Oriental sounds, maybe it could be on the Akira soundtrack. It's weird how so much music goes in circles and how the 808 sounds have come back and whether he is using original drum machines or not - I don't know, you can't actually tell - it's is rather clever. I mean, it doesn't really matter if people are using wav files or original equipment. I find it quite funny that people would use wavs on a laptop or a drum machine. Obviously people can't afford all the old analogue equipment and probably don't want/need it.

I put it next to Drexciya because it's all made on hardware and I just liked the way music has repeated itself. I don't know what the age difference between Bok Bok and Drexciya is, Drexciya is dead - or apparently dead, I don't know the full story - so what the age difference would be now. I like the fact that it's young people making music with sounds that are really old, that music hasn't changed that much between those two tracks.

LV & Untold: I love the quality of the percussion and I love the clarity of sound. It's not a typical dubstep track or whatever dubstep has become but it's just incredibly well made. I think I like a lot of music where I think, 'Ok, how did they make this?' I have no idea which makes it really interesting for a listener who is also making music.

Zomby and Muslimgauze: Originally I wanted to use [Zomby's] 'Mosiac' and I wanted to use a Muslimgauze track off 'Iranair Inflight Magazine'. He did like 100 albums and those tracks go really well together, but I felt a little bad putting a brand new Zomby track on a mix, and I like the Godzilla track. The thing about Zomby is that he has all this mystery and he gets lumped into this 8bit sound but he always has amazing melodies and everything about it is what's good about electronic music. Not in a bragging way, it's just good.

Nao Tokui and Jan Jelinek: I heard on Nao Tokui on Spotify, just going through Japanese artists, I think it's on Progressive Form. But it sounds like it's made with a program called Max MSP, I'm not sure, but the way its put together it sounds a bit like that. And Jan Jelinek, he's really famous for sampling from vinyl which I'm a big fan of doing. You can hear what sounds like him touching the stylus head in different places to create the drum sounds.

Sigha, Melchior & Pronsato and Christopher Rau: Sigha is on Hotflush, Scuba's label, and he just makes really good house music, don't know what you call it. He's always got a really good clap. I'm a big fan of clap sounds and Sigha's got a really good clap. So has the Melchior & Pronsato track. That one and the Christopher Rau track are both on a label called Smallville from Hamburg, its a good label and have always got good tunes. Autistici and Giuseppe Ielasi

Talking about how many of Ielasi's the tracks are untitled... I guess there's little point in naming tracks as he was breaking down certain sounds and it was more of an experiment into found sounds. He's rearranging sounds and putting them back together and he didn't find the need to title the tracks, I guess. I've been talking to him on email. When I first got his record called 'August', which is where this track is taken from, I liked it so much that I emailed him and I never thought I'd get a reply but I did and I sent him a bunch of my music. I made eleven tracks that are really minimal stripped down stuff made from record crackle and sent them to him and he really liked it. It never went further than that but he emailed me and said thanks for including his track 'It's An Honour' and I said 'You're a really big influence so I had to put you on there'. And he asked if I have any more tracks, he has a label, so maybe we'll do something together. That would be a wish of mine.

The last two tracks are on 12k, which is Taylor Deupree's label, and are really well-produced, acoustic, improv stuff on laptops. It's one of my favourite labels.