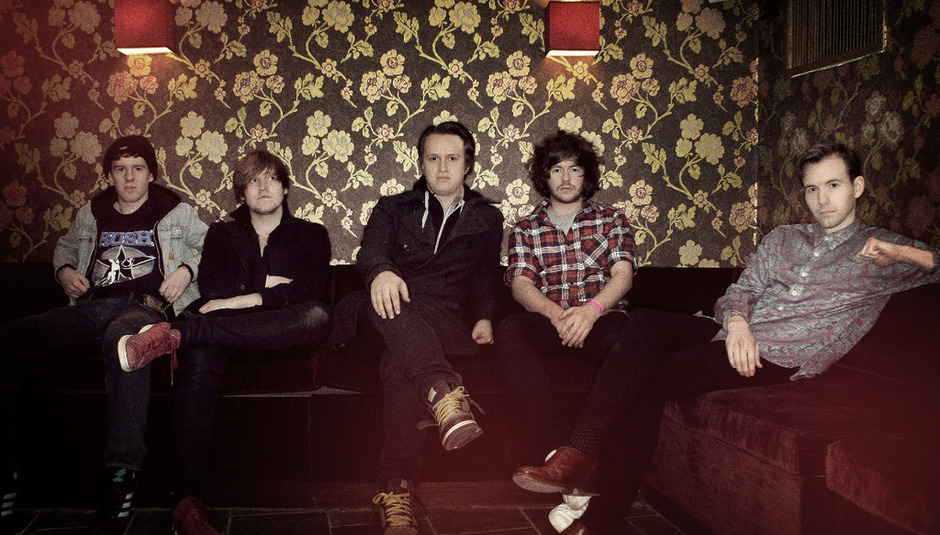 Last time Dutch Uncles played in Sheffield, at this year’s Tramlines festival, the venue was well and truly rammed. People were queuing round the block to try and catch sight of the five math-pop mavericks from Marple.

Fortunately for those who couldn't squeeze in then, as well as those who could, the boys are coming back to Sheffield thanks to your old friends here at DiS. Dutch Uncles play at The Harley this Tuesday November 15th.

Dutch Uncles have made one of this year’s finest albums. Cadenza is a mind-boggling combination of complexity, accessibility and danceability. It’s how Talking Heads might have sounded if they’d grown up in Greater Manchester and swapped tropical funk for zany prog.

Duncan Wallis is Dutch Uncles’ singer, wonky dancer-in-chief and a wearer of some extremely colourful shirts. He told DiS what we can expect on Tuesday:

"A post-modern/neo-traditional reflection of early '80s prog with a mash up of anti-hero pronk. Or just some lads having a laugh and a bevvy on stage. The intros have changed a bit since Cadenza, but I guess the big difference will come in our attitude as we're now writing the third album which means we're constantly critiquing the tracks as we play them. Hopefully it won't be as negative as that sounds.

"The big news is we have ONE new track that can be played by the five of us at the moment. A lot of what we've written is hard to interpret without strings and as we write on the road there's no time to really practise a lot of it. We kind of like the idea of not testing the next record too much though as so much of Cadenza was road tested. We also promise to play more of the first album if anyone's interested. People will HAVE to be vocal about it though."

Tickets for Tuesday’s gig cost £6, or £5 if you’re a Harley Live member. You can buy them here. Keep an eye on the Facebook event for stage times and anything else you could possibly need to know.

For all future shows, check us out on Tumblr, Twitter and Facebook. We’ve just booked the mighty Iceage for December 11 – how’s that for an early Christmas present?