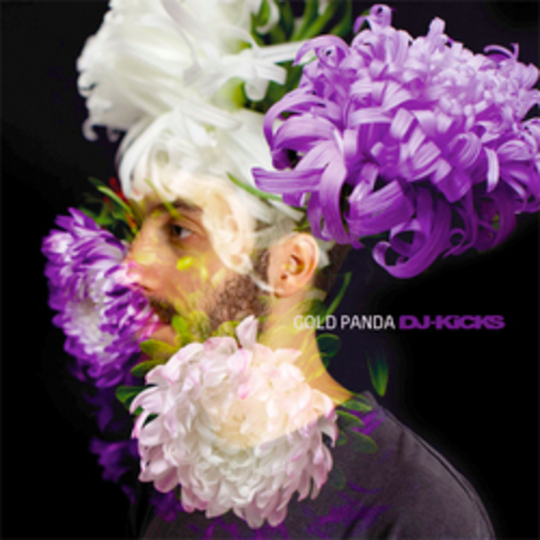 Gold Panda (aka electronica musician and producer Derwin, er, Panda) is the hippest of the hip right now. His praises are sung by the music press, the hipsters, trance loving hippies, dance music fans and indie kids alike. He seems to be lauded universally, and in the tradition of genre-blurrers who have played their part in the zeitgeist (Hot Chip, Chromeo, Tiga to name but a few) he is the latest name to play DJ for !K7 Records' 16-year-old DJ-Kicks compilation series.

What struck me when I heard Gold Panda’s own music was how vibrant it sounded and this is something that resonates to some extent on DJ-Kicks both in his choices of tracks and his mix; this is minimal dance music that shimmers.

DJ-Kicks begins with brand new Gold Panda track ‘An Iceberg Hurled Northward Through Clouds’. This sets the tone for an album of introspective electronica with a strong sense of melody, heavy on the handclaps which contribute to a feeling of lightness evident on many of the tracks. Like many of the DJ-Kicks compilations, this is more an album to listen to at home rather than out dancing, either the soundtrack to a sleepless night or a good come-down record.

Melchior and Pronsato’s ‘Puerto Rican Girls’ comes across as spooky and distant with far off voices and whispers. The track also continues to utilise the power of the handclap to great effect. Jan Jelinik’s ‘If’s, And’s And But’s’ epitomises the lightness of touch and absorbing but gentle percussion contributing to the melodic glistening nature of the mix. Jelinik is followed by Nao Tokui’s ‘Monolith’ in which the beats and the sound are light and stripped down, creating a kind of lo-fi dance sound. The pace picks up a bit on tracks such as ‘Maria’ by Closer Musik, where the sound and beats remain steady but the track pulses and builds, fresh sounds drip-fed upon the original melody lines, always retaining a dreamy spaced-spaced out buzz.

There is a noticeable transition around the time Matthewdavid’s ‘Like You Mean It’ kicks in. Here the mix feels more chaotic and torn apart but a natural kind of chaos than just an accidental mess. Sounds and drumbeats clash and snippets of a soulful house vocal are produced and then cut into bits and removed. Towards the end of the track is a distant gentle male vocal that might have been quickly lifted from an indie-folk song, but cough and you’ll miss it. The Matthewdavid track is a particularly interesting both in itself and in Gold Panda’s mix. It’s less repetitive than many of the tracks on the album. However, even in repetition, Gold Panda’s mix makes for an atmospheric listen.

A shimmering DJ compilation which sounds a bit cerebral, all in all. One for sleepless nights alone in the bedroom whilst writing your thesis or your novel or drawing comic strips or just staring out the window and thinking it all over.