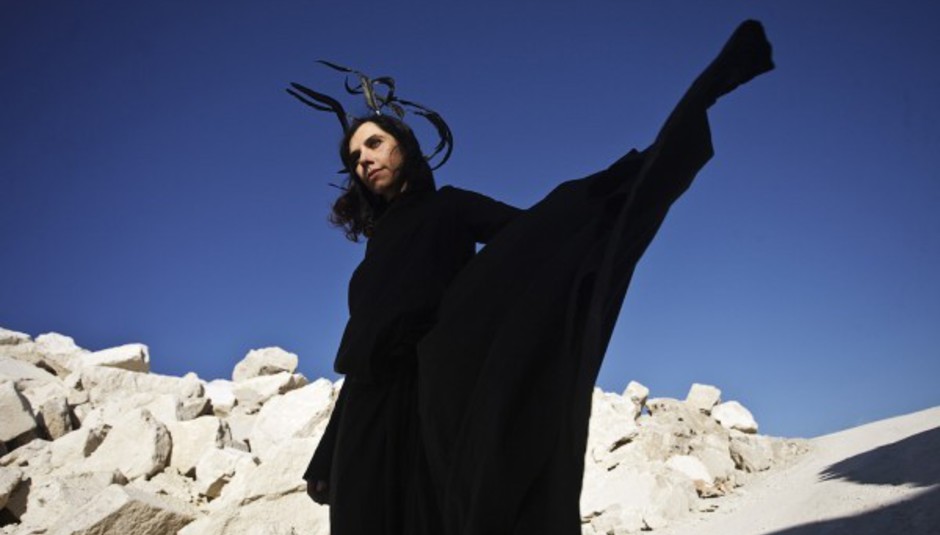 When we first heard PJ Harvey's new material, taken from Let England Shake, it was on Andrew Marr's Sunday morning show. Polly Jean has now taken to the same show, albeit this time as part of the backdrop of the Conservative Party Conference in Manchester. She was interviewed, along with Prime Minister David Cameron and also performed 'The Last Living Rose' (via TwentyFourBit).

I wonder if David Cameron enjoyed it. Probably did. He seems to be a man of impeccable judgement and taste.