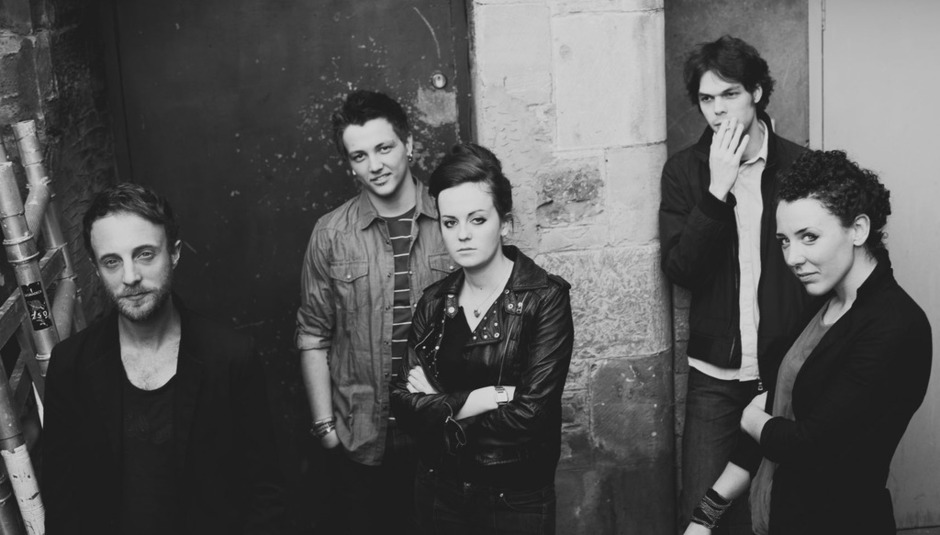 With Roddy off making folk records, Rod Jones, the riff-spewing guitarist from DiS-favourites Idlewild, has been working on a new band, who play their first show tomorrow night in Edinburgh.

They're called The Birthday Suit and their debut single is track is called 'Do You Ever?', which is currently available as a free MP3 via this link.

Talking to DiS, Rod revealed: "This track is about the fear we all have of missing out on something. Feeling like we have to take part in things we don't always want to incase we are left behind." And the result is a brash, almost 100 Windows-esque clattering rock song. Rod explains:

“The last few years I’ve been tended to be picking up my acoustic guitar more and more, so it’s been almost like a release, plugging in to an amp and remembering my noisier side. Working with the group I’ve put together has been totally unique and wonderful. I can’t wait to get back on the road with them. I’m immensely proud of what we’ve put together and genuinely believe it to be some of the best songs I’ve ever written.”

The Birthday Suit will play their first show at this year's Edinburgh Edge Festival on August 31st at Cabaret Voltaire and the album will follow in October alongside a UK tour, which takes in the following:

And we hear more dates are to be confirmed. More info and songs over at http://www.facebook.com/rodjonesandthebirthdaysuit.