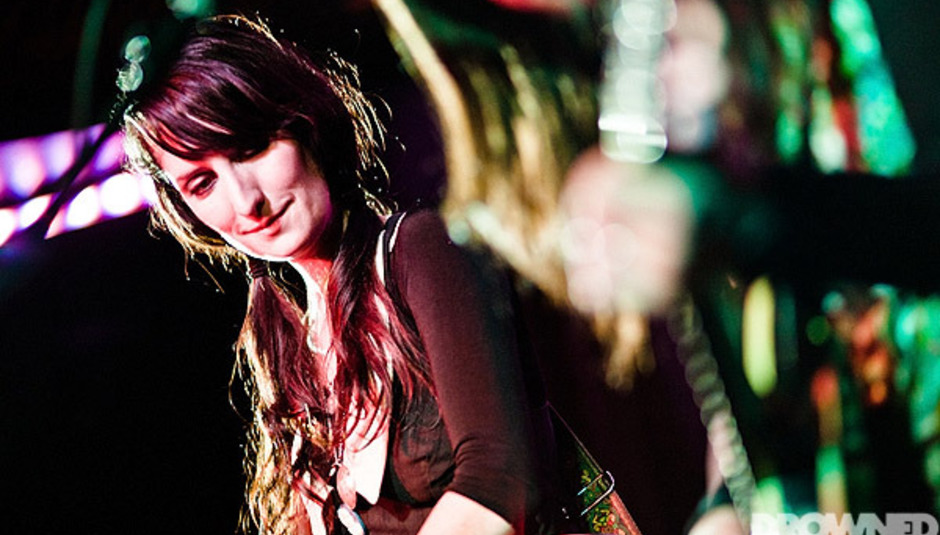 Spotifriday #79: This Week on DiS as a playlist ft Mogwai, Bright Eyes, Electrelane

Every Friday, DiS does a Spotify playlist to reflect the week's content. Here's Spotifriday number 79

These Canadians have become a recent obsession of mine. We've not really covered them on the site as the record isn't properly out in the UK just yet but if you love the idea of a Homegenic-era Bjork jamming some widdly guitars with Joanna Newsom and Blonde Redhead then step right up. I made this some one of our tracks of the day over on our Facebook: facebook.com/DrownedinSound.

You may have noticed their new album Hardcore Will Never Die, But You Will is out this week, and that we gave it an 8/10, provided you a full stream of it and also let the band takeover the website for the week! Find it all compiled here..

I am utterly obsessed with Kurt Vile. There's something about his drawl and the way he manages to switch from Lou Reed and Iggy Pop to M.Ward in the blink of an octave. He's somewhere between a shoegaze loving Beatles fan and a backwater strummer in a bar band singing about trains and dust bowls, and there's something about it all that sucks you in. DiS is very excited to confirm Kurt Vile's the first addition to our three nights of music in Liverpool this May at the Sound City festival.

We absolutely love these ladies and the shear explosion of joy that emanated from our boards and our Twitter when news broke that they are reforming was phenomenal.

More from their amazing new album, this one was their recent single. Mogwai week is here.

His/their new album The People's Key (reviewed here) is finally out this week. It manages to do everything that Bright Eyes does well (heart-felt honesty, cartoon angst, pop-up book lyricism, frustrated clattering, sci-fi synths, and tear-jerking balladry) in one incredibly ornate package. It may very well be his finest album to date. Check DiS next week for my chat with Conor, Mike and Nate about the record.

Radiohead 'Thinking About You (Demo)'

Some band have a new record out today.

I spent my Monday night in the company of Aidan Moffat. It was valentine's day and it was utterly perfect. Stuart Braithwaite put this song on his 10 Songs that influenced Mogwai mixtape.

Our community absolutely adore Joy Orb' and if you've not already fell in to his world of whatever-step, then let this be a gentle introduction. 'So Derobe' is a gentle romp and rife with a distinctly Friday feeling. He's playing BLOC weekend, and features in Rory's preview.

Gil Scott-Heron and Jamie xx 'NY Is Killing Me'

The hungry-hippos playing 'talent' of the xx and that old dude that might need to revise his thoughts television cover of revolutions after the recent Egyptian uprising, paired up. The result is one of last year's finest records, remade, remixed and it's really rather good.. Read Kyle Ellison's 8/10 review of the album We're New Here.

Today's lead review from this dude who seems to have swapped chillwaves for the cloudy crests of californian waves.

We got some lovely shots of Azure Ray's recent show at the Borderline in London town.

New song 'Bizness was put onto the interwebz this week. But this is an old song.

Wendy Roby proclaimed this to be this week's single of the week!

This bah-bah-rah-RAH-RAH scratchy rock record is also out this week and was covered in this week's singles.

Mogwai 'Music For A Forgotten Future'

The meditative ending to Hardcore Will Never Die, But You Will. Mogwai week is here.

....and you'll find all our previous Spotify playlists compiled here.

WIN a behind the scenes pass to this year's JD Set with Tim Wheeler &amp; Emmy the Great