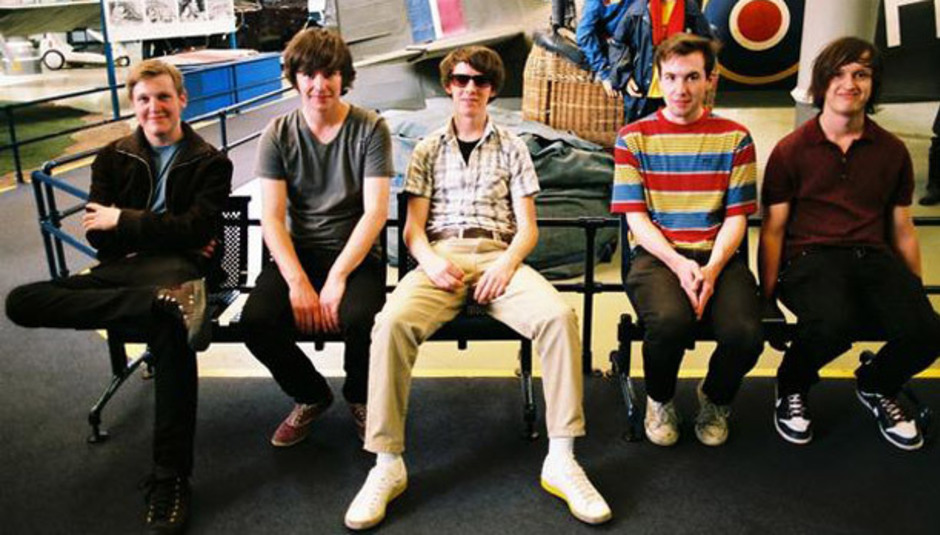 Yes, the World Cup of Football is fast approaching. It all kicks off on Friday. If you're interested in this sort of activity then you'll be well aware of this information already. If you're not then the chances are the level of interest around it will be minimal, so no harm done.

We've already seen a relatively wide array of football songs for the World Cup, ranging from the curious in Mark E. Smith's effort to the even more curious, like that one Russell Brand is said to be doing. It's all a long way from the heady days of 1998 with the re-issue and re-releasing of 'Three Lions' and that 'Vindaloo' one by Fat Les.

Until NOW. Manchester's Dutch Uncles have offered something slightly different. Something very different in fact. What they've come up with is a track called 'Fabio Acapella' which is a mainly (and indeed manly) voice-based composition, based on vocalisations of 11 England player's names being sung - a possible starting XI. It is quite pleasant, and the end tickles us greatly. Also, we're told that each motif of the players' names somehow corresponds to their shirt numbers. Time signatures or something, I don't know.

Listen to and download 'Fabio Acapella' below, and stream their recent debut single, 'The Ink', all in one, safe, easy SoundCloud player.

The band have not even a handful of dates coming up, all in the North East, but here they are regardless: