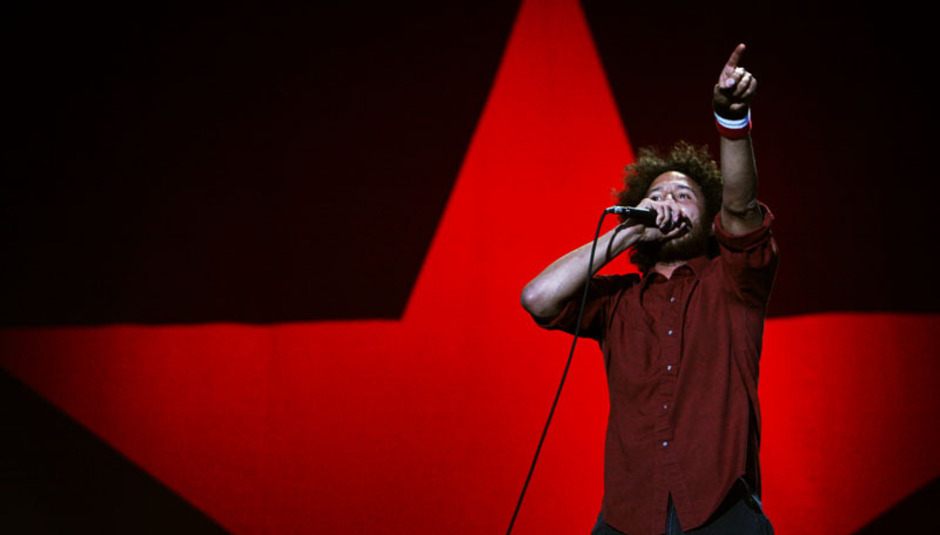 Fresh from playing a free show to some 40,000 people at London's Finsbury Park, Rage Against The Machine have said that new material and indeed another record is a possibility. Their last studio record, Renegades was released in 2000 and their most recent album of original material was 1999's The Battle Of Los Angeles.

"I think it's a genuine possibility. We have to get our heads around what we’re going to do towards the end of the year and finish up on some other projects and we’ll take it from there."

The American quartet were playing a free 'victory' show in London to reward, if you will, those who helped get their single 'Killing In The Name' to Christmas number one in the UK, beating X-Factor winner Joe McElderry to the festive top spot. McElderry did have his number one the following week, however. So everyone was happy in the end.

Due to demand being so high, fans had to register beforehand with a photo accompanying the application. However, some of those absent-minded enough not to register still tried to get their way into the event, through the perimeter fence. Check the video from Siamak Amini below for some absolutely atrocious behaviour of the highest order. Despicable people, in truth.