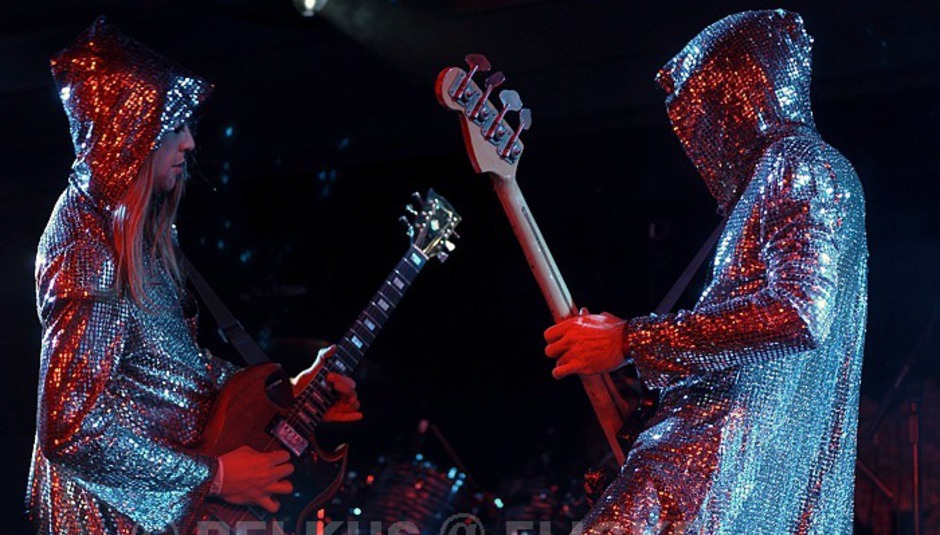 Weird, spacey, galactic musical warriors that make up Chrome Hoof are a lot to get to grips with. But once you embrace their face-melting, genre-melding style then there's little you can do to turn back. They return with a new album, Crush Depth, on Southern Records. That's out very shortly indeed and from what we've heard of it, things pick up very much from where the 12-piece left us with the last one, which can only be a good thing. More general details about it here.

To celebrate the release of Crush Depth, there's a party going on at the newly opened Bocking Street Warehouse in Dalston, just near London Fields. It features a live set from Chrome Hoof, as well as DJing action from Simian Mobile Disco, Andrew Weatherall, David Holmes and Nathan G. Wilkins. More details below. To celebrate the celebration, or just join in the festivities, we've got a mix from the latterly mentioned Nathan G. Wilkins, which is extensive indeed. It's called HOOF MIX and is 46 minutes long. It places you in a number of places, some of them close to despair, some relief and others, well, the whole gamut of emotions are available. What the hell is in it? You'll have to work that out for yourself.

You can get it by clicking here. Enjoy it while the sun lasts.