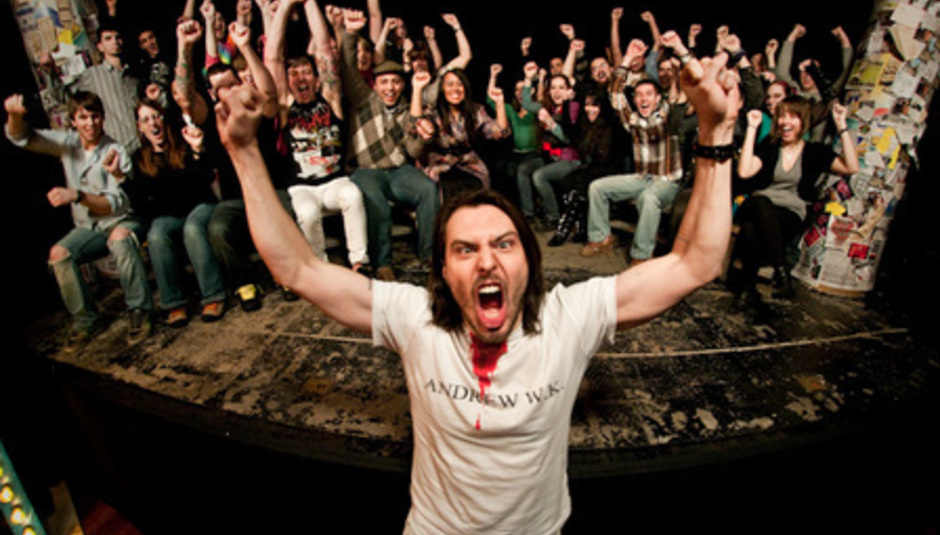 It's not every day that you see PARTY HARD activist Andrew W.K and Leeds electronic ambient duo worriedaboutsatan in one place, but today is going to buck that trend, as we present an album preview from the singular entity, and a single preview from the combo.

First up is Mr W.K's characteristically madcap video for his new record, Close Calls With Brick Walls and Mother Of Mankind, which hits the shelves over here on March 8. The first disc of which is his 'lost' album, and the latter, MoM is a collection of b-sides and rarities to accompany, because buying the former on its own might not quite be enough.

You'd have thought he'd have invested in a washing machine or some Daz by now, but no.

From the ridiculous to the sublime we come to worriedaboutsatan, who have released a suitably short teaser clip for some of their new material, this time a track called 'Heart Monitor', a composition we're very much looking forward to hearing in full, following on from the resounding success that was Arrivals.

Creepy. Both of them.