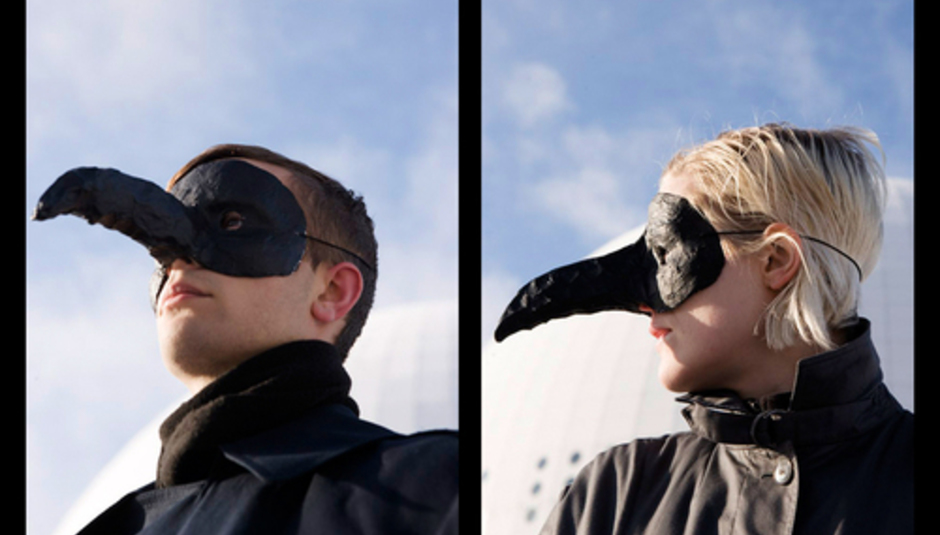 Everyone's favourite Swedish brother-sister electronica combo The Knife are to return in 2010 with a new album, of sorts. It's a collaboration between them, Mt. Sims and Planningtorock, and is a studio version of their Darwin-inspired opera, Tomorrow, In A Year, (which was performed in collaboration with Hotel Pro Forma) and will be released on March 1.

Of the opera, Olof Dreijer said:

“At first it was very difficult as we really didn’t know anything about opera. We’d never been to one. I didn’t even know what the word libretto meant. But after some studying, and just getting used to opera’s essence of pretentious and dramatic gestures, I found that there is a lot to learn and play with.

“In fact, our ignorance gave us a positive respectless approach to making opera. It took me about a year to become emotionally moved by an opera singer and now I really do. I really like the basic theatrical values of opera and the easy way it brings forward a narrative. We’ve approached this before in The Knife but never in such a clear way.”

Here's the juicy bit, though:

Richard Dawkins’s gene trees have formed the basis of some of the musical composition, artificial sounds have been mixed with field recordings, with the music inspired by everything from the different stages of a bird learning its melody, to a song based on Darwin’s loving letters about his daughter Anne. These are compositions that challenge the conventional conception of opera music.

Plus a bonus track for some lucky people of 'Annie's Box' with an alternative vocal. Kind. UPDATE: It turns out the above is just a promo image and that THIS is the artwork: All you need to do to get yourself the free download of 'Colouring Of Pigeons' is visit here and enter your e-mail address in signing up to the mailing list. Easy. Also, if you fancy downloading the song texts, click here.

You can also watch the performance of Tomorrow, In A Year, live at these places in the next few months:

Times New Viking: Coming this way in the Spring