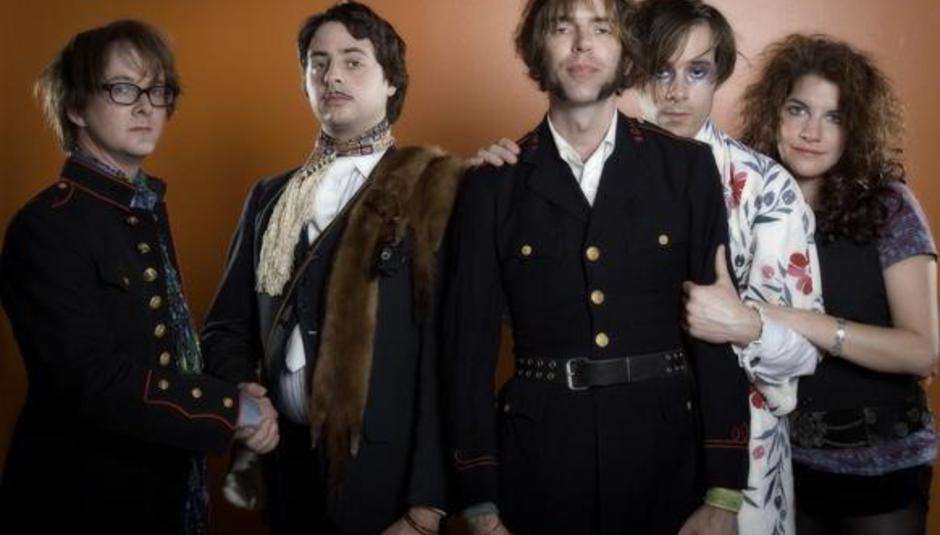 This is probably no great surprise to most of you who read this website on a semi-regular basis, but Solange Knowles (sister of the more famous singer and wife of Jay-Z, Beyonce) is to feature on of Montreal's forthcoming LP, False Priest (via Stereogum).

The surprise is minimal, of course, because Solange herself had apparently introduced her sister to the band, as previously reported here and about a million other places. We had hoped that Beyonce would be the one to get together with the Kevin Barnes-fronted American troupe, but her younger sis' got in there first drat.

Beyonce hasn't got in touch, either:

"Maybe it will happen. I'd love to do it, it would be a fun experience. It's just something she dropped and hasn't really developed. I wonder about it, too, because I don't know how good I am at writing songs for other people. When I heard that she said that, I thought, 'Oh, I should try to get something going.' "

"I started writing this song, and then next thing I know, it's so weird that she would never in a million years listen to it, let alone record it! It's a challenge for me."

Elsewhere in the interview/progress report, Barnes says that the title is switching back and forth between the aforementioned False Priest and The Controller Sphere, and also reveals that Janelle Monáe also features on the record, which will be released sometime in the late summer. Head over to Stereogum to read the full thing.