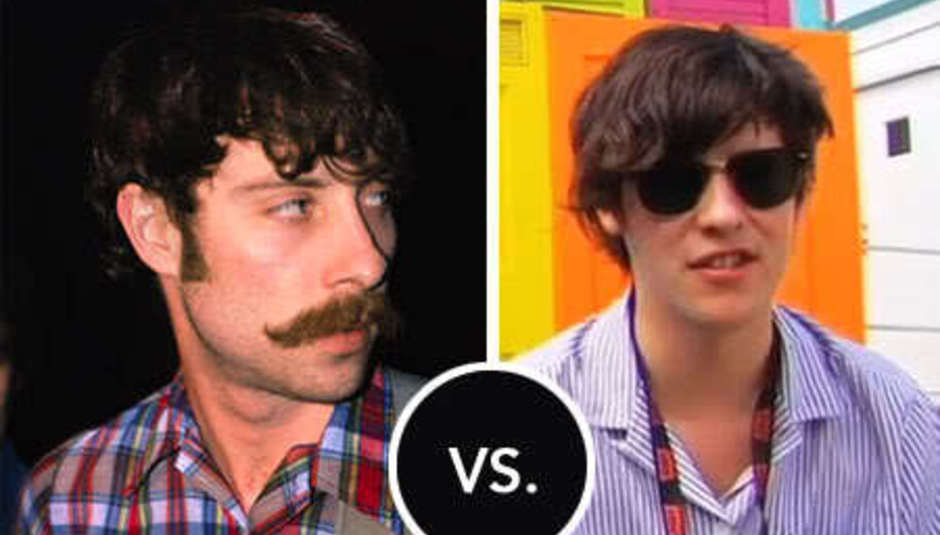 So, what a year it has been for news. Hasn't it? Above average? There was some good stuff, right? Yes, there was, and in light of my first six months or so doing the news for Drowned in Sound, I thought it'd be a good idea to run through SOME of the very most exciting and interesting and sometimes "WTF!" news stories of the year. Or at least nobody stopped me when I mooted this suggestion...I guess that gives me free reign then?

I'll try, honestly, not to mention Courtney Love more than once, but I can't guarantee anything, going off the top of my head like I am. Here are the 20 or so stories which I most enjoyed reading about, writing and reading back, only to discover that my command of standard English spelling and grammar isn't as masterful as I once thought. Stay tuned (ummmm, hit F5 frequently?) for our video round-up, too.

Here's 20 or so things which happened this year, simply click on the headline to be re-directed to that very story, or ready the summaries. Your choice.

Rage Against The Machine For Christmas No. 1?

We've seen it all before, haven't we? Last year at least, a campaign to get an 'underground' song to beat the X-Factor entrant to Christmas number 1. Jeff Buckley's version of 'Hallelujah' sold 80,000 copies compared to Alexandra Burke's 576,000. Sort of a success, sort of not. There are many issues with this year's CHART BATTLE, but I shan't go into them, mainly because they are far too tedious, numerous and oft-repeated.

Beyonce to team up with of Montreal?.

This was just one in a series of the aforementioned WTF moments which were news worthy, specifically in the area of pop-indie crossover collaborations. Beyonce said her sister, Solange had gotten her into Of Montreal and other such bands, Kevin Barnes responded saying he'd love to work together. At the time of writing we are still waiting "for the magic to happen". Baited breath indeed.

I will be completely honest with you here, this is my favourite story of the year, mainly because the picture of Joanna Newsom modelling for Armani melts my heart every time. You may find that odd, considering she looks slightly like a cross between Sarah-Jessica Parker and the girl from The Exorcist on downers, but there you go. UNLUCKY LYKKE LI! Oh, and there was news of a new album, too. Equally good news.

I'm going to take the opportunity to thank Andrzej for writing this article, it certainly kept me, and presumably everyone else, amused for a decent amount of time. Courtney Love is certainly a strange one, as this odd story details. Did this album actually ever come out? Um...I don't know. We deal in speculation as much as anything here.

For a while we ran rumours of this legendary band re-uniting, and they seemed solid. No more solid, however, than when they were FIRMLY FIRMED UP LIKE A BIG STACK OF NEWLY-SET CONCRETE, THOUGH. That's when this particular confirmation emerged. We were all relatively happy, though little did we know how many extra hours we'd have to report EVERY Pavement related news story ever, including the now legendary 'Stephen Malkmus switches from semi-skimmed to full fat milk' and other similar stories. Everybody loves a fight between two weedy indie dudes, right?! Well, Nathan Williams from Wavves and Jared Swilley of The Black Lips provided us with this year's fill, after an exchange of fists in a bar in America. This was all very childish and no-one really gave a fuck until Buddyhead tried to arrange a PROPER bout between them. Did that happen? Obviously not. This list is heading towards a disappointing end already. COME ON!

Pete, you're loved by some, hated by others, but sometimes you can be a bit of a plopsy. Sorry. This was one such occasion. The Germans were ABSOLUTELY FURIOUS. Understandably so.

We love Sufjan Stevens at Drowned in Sound, and sometimes feel his genius goes much unappreciated in the wider world. Therefore it made us totally sad when this interview with Exclaim! magazine cropped up, the man seemingly having a bit of a musical existentialist crisis mid-interview. Being that good can be a burden, but please carry on. I BLOODY LOVED THAT ONE ABOUT ROBERT WADLOW ON ILLINOIIIIIIIIIIIISE.

Fuck. Another story with Courtney Love in! Sorry about this people. This particular time it was a disagreement over the new Guitar Hero game, where Kurt Cobain was portrayed as an unlockable 'avatar' in the game. The game makers said Love gave permission to use it in the game, Love said she didn't. Who did we believe? Courtney, of course!

Astronaut Colonel Timothy L Kopra is a pretty big Echo & The Bunnymen fan, which is almost cool, even more so considering he took one of their albums into SPACE with him! The rumours that Kopra got terminally bored of the album and tried to slash up the whole crew Event Horizon style are, of course, completely unfounded.

Fugazi and Minor Threat's Ian MacKaye is undoubtedly much a legend, truly. Here, him and his bandmates show us the art of stage banter. Proper BANTER bordering on arguing. Mostly with complete bellends. Check this unearthing out.

I'm not sure if this is a MORE unlikely collaboration than the Kevin Barnes vs. Beyonce Knowles one or not. Certainly we never put Sheffield-based SCREAMERS Rolo Tomassi with superstar DJ and producer Diplo. We revealed the news that had just been waiting to explode to you all. Anyone heard anything from this yet?

Imagine Tom Morello topless and oiled up. Now stop. And ready this story to get to the nitty gritty. Or just skip it and go to the next story. Scary.

I don't know whether to feel sorry for Matthew Friedberger of the Fiery Furnaces now. This 'outburst', when it first happened, seemed like one of the dumbest things I ever read at first. Then, it seems, it was all a big JOKE and WE were the ones who were confused. Maybe, but it provided us with a few days of fun anyway. HARRY WHO?!

ACTUALLY ACTUALLY ACTUALLY. Hold up. I know I said earlier that some collaborations were unpredictable and amazing at the same time, but this one takes the prize, even though it may not have yet happened, and also may NEVER happen. Still, the thought of these two together is some unreal shit. If either you are reading, PLEASE make sure you make it happen, you can't talk about this kind of stuff and then not follow through you SHHHHHHHHining examples of modern music. Scoundrels.

"If you want to make an apple pie from scratch, first you must create the universe". People moaned about Autotune a lot this year, but if this re-working of a Carl Sagan documentary is anything to go by, it's far from dead. Third Man Records again became my favourite record label after releasing this...what else can you possibly say? Goosebumps. Seriously.

Who knew that Mikhail Gorbachev record an album? Who knew that someone would want to pay so much fucking money for it? Are both of these people LOONS? Will we be hearing this on iTunes, or heaven forbid, Spotify, ever? No.

There's a few repeat offenders in this list. Wavves' Nathan Williams is one of them, after he took an unadvisable mixture of BAD DRUGS before playing at Spain's Primavera festival way back in the Summer. Not sure if he's on his former drummer's Christmas list yet. Or mine.

At the time, this was proclaimed as 'The Greatest News Of The Year', which it probably was. Who am I to argue? It'd be a bit wrong if we didn't include it in the end-of-year round-up, then. Danger Mouse'll do anything. I love him. A particular shame that his project with David Lynch (Dark Night Of The Soul) and about a billion other indie luminaries didn't get an ACTUAL release, but it's out there, you know where to get it from, unless you're a complete dunceface.

It just wouldn't be DiS News without a story about Ryan Adams, so here's a token one. I've a sensible New Year's resolution for Mr Adams, too. MAN. THE. FUCK. UP.