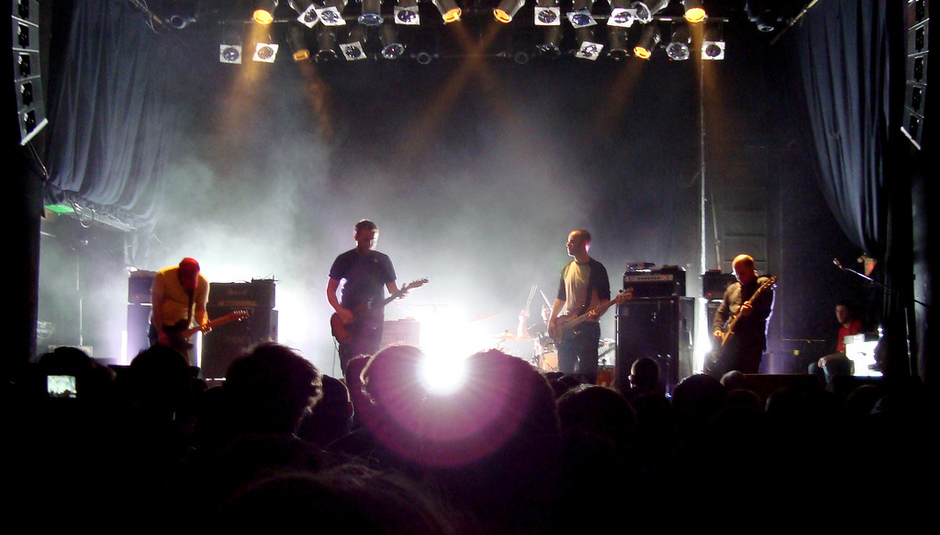 As we told you on Friday, Mogwai are releasing a film, of them performing live, entitled Burning, directed by Vincent Moon (of La Blogotheque fame) and Nathanaël Le Scouarnec.

Now, here's a thing, we've got the trailer for the film below, all one-and-a-half minutes of it. Sit back and enjoy and look forward to its actual release. Be teased and tantalised by it.

The film will be getting a premiere at the Copenhagen Film Festival on November 13, if you're around.

Stuart Braithwaite will also play another part in the film festival, as he stars in the Moon-directed short film Adelia, I Want To Love, which is apparently about a 90-year-old's first encounter with post-rock, witnessing Mogwai live in concert. The film is two stories in one, one about Adelia, one about Stuart. Simple. Could be an experience worth repeating, I feel.