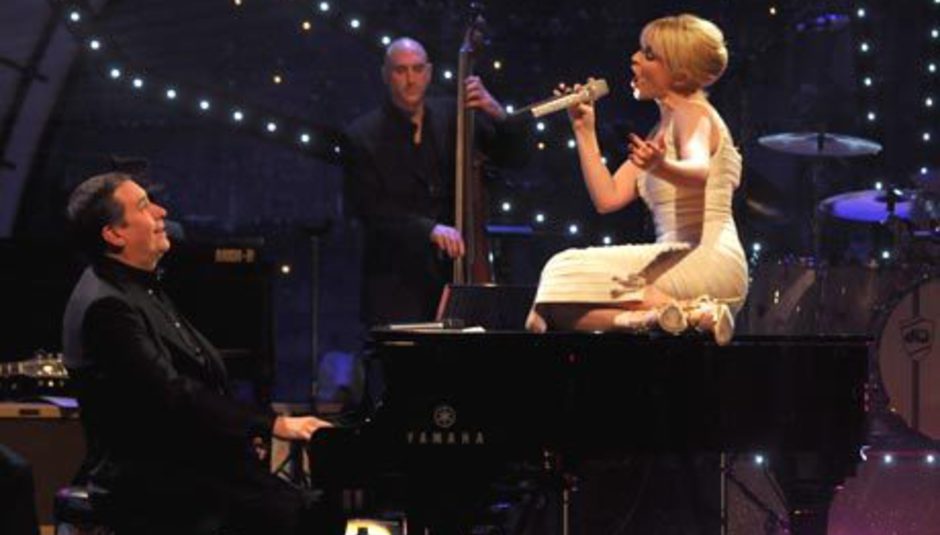 Crikey, Jools Holland has been doing this for a while now, hasn't he? Later... is now entering its 787th series, having been on BBC2 since approximately 11.34PM on Friday June 4, 1948.

To celebrate the longest running musical show since The Black And White Minstrels, there's a double CD out of some of the best performances over the past year or so and it features many wonderful artists and bands, including Jools himself, of course. Playing piano. Over someone. Somewhere. This time I think it's Adele. The CD, entitled Later...Live 2 or similar is out on October 12 through Rhino.

I mean, I know we go on at length and quite often, how much Jools playing his boogie-bloody-woogie piano over the top of anyone annoys us, but we'll carry on until he eventually stops - whenever that may come. At death or retirement, preferably the latter, presumably the former. What a Beale.

Here's what you'll be getting if you buy the CD.

Possibly one for the dad at Christmas, then.

'Pull The House Down'