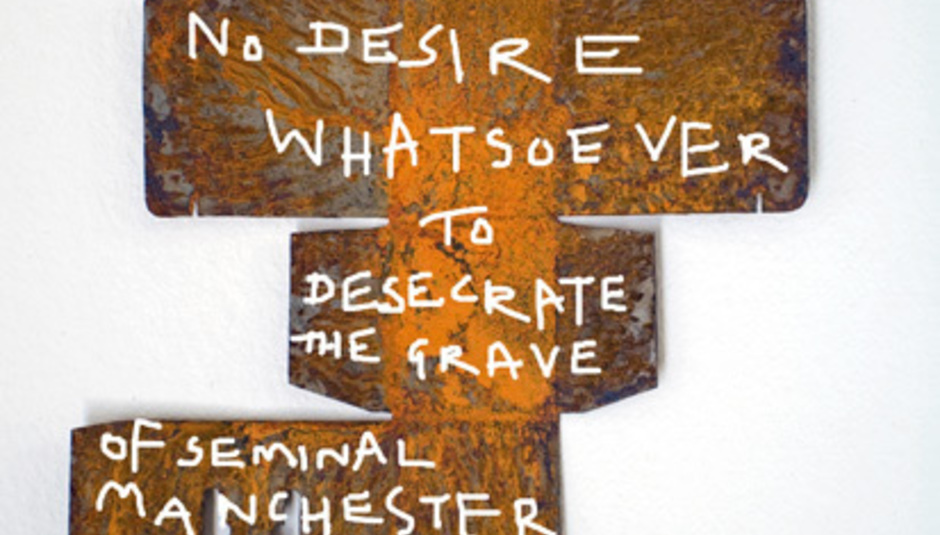 Former Ash guitarist (and recent soloist) Charlotte Hatherley will play live with Bat For Lashes - ooh err - on their April tour and subsequent summer festival appearances. She'll be a band member until September, when her new record Cinnabar City is due to hit the shelves. Here's what she has to say about the hook-up:

"I'm happy as Larry because the music is so ace and I not only get to play heavily chorused guitar a la The Cure, but get to play throbbingly fuzzed-up bass, keyboards and twinkly bells"

Deal or no Deal? Very much the former, as The Breeders have announced a new EP to tie in with their weekend of ATP curation (May 15th-17th). It's limited to 1,000 copies only (with special screen printed artwork) and goes by the name of Fate To Fatal. On it is a cover of Bob Marley's 'Chances Are', and Mark Lanegan makes an appearance on vocals. Sounds pretty exciting to us.

A clutch of new bands have been confirmed for Brighton's Great Escape weekender, which runs from May 14th-16th. That includes Metric, who (as we reported earlier in the week) will play the DiS stage. Here's the full list of those latest confirmations:

The Domino songwriter is to release a new album, Catacombs, on June 1st. The record will be his fourth.

The Brighton jangle-poppers have posted a video from the studio, showing them performing their new single, 'Love You Better'. It's also sneak preview of second LP Wall Of Arms, which drops on May 4th via Fiction, the aforementioned single preceding it by a week. It sounds pretty awesome to us, and suggests they've made a real step up from first record Colour It In, which was itself thoroughly decent.

---
Video: The Maccabees 'Love You Better'

The so-hot-right-now bleepy poppers have announced some new UK headline dates in support of debut LP Manners. It's not just any old tour, though, it's the first 'Rob Da Bank & Friends' package tour, also featuring Ebony Bones and Da Bank himself plus Dan Le San on DJing duties. Passion Pit dates as follows:

The label have announced a compilation CD featuring the first 11 singles to be released on the imprint between 2006 and 2008, including debut cuts from School Of Seven Bells and Kyte, plus rare tracks from M83 and Maps. It'll be available from April 20th, and fans of the label can log onto the website SonicCathedral.co.uk that same day to get their hands on a super-limited box set comprising the original 7" singles and various bits 'n' bobs.

Will they? Won't they? Earlier in the week, notorious rag The Daily Mirror reported that they most certainly would, but Stone Roses guitarist John Squire has since quelled speculation about the band reforming via his art (well, his other art): a picture posted on JohnSquire.com earlier this week states "I have no desire whatsoever to desecrate the grave of seminal Manchester pop group The Stone Roses". Squire is due to exhibit his pictures in Oldham from July 5th, meaning he'd probably not have the time to take part in any reunion anyway. Silly tabloids. Melissa Livaudais and Busy Gangnes bring their glitchy beats to UK shores for a May live jaunt, including several dates with School Of Seven Bells (one of which at our very own DiScover Sheffield - we're psyched). Check the video for their current single, 'So Fine', below.