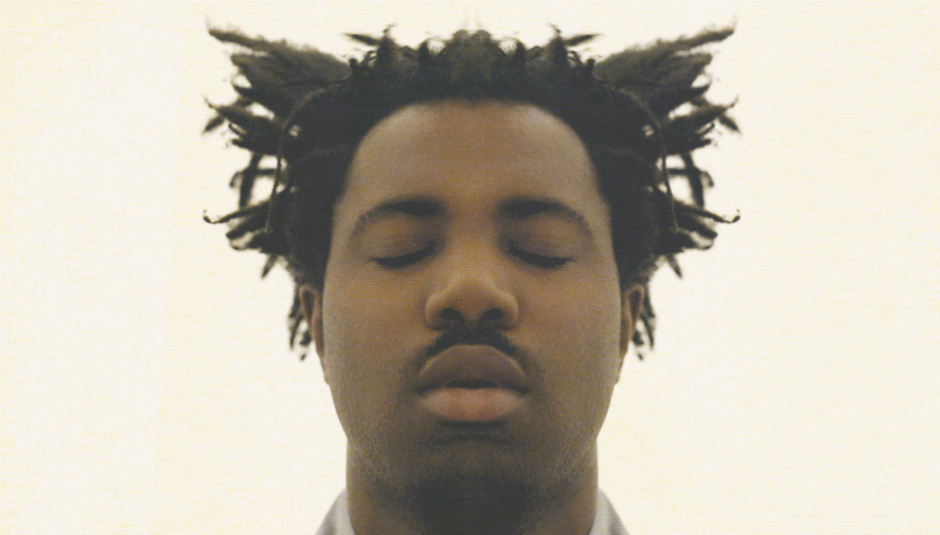 
I’m approaching Sampha as a complete stranger, to be perfectly honest. Immersing one’s self in the comparative minutiae of Ireland’s independent music community in the past few years comes at the cost of seeing certain wider cultural moments start to pass one by. His reputation precedes him, obviously - I’m aware of his production work with a wide variety of names, but the breadth and depth of his own self-constructed sonic world is what strikes me at first listen here. Award-season hype is, of course, a factor at this time, so I’ve waited until now to dip my head into long-player Process, to hopefully avoid the usual cluster of imperatives and hyperbole.

The overwhelming feeling I get upon listening here is of warmth, no pun intended on the lyrical themes at play. Bass gently swells and rises, gently threatening to drown out the miniscule lines and ticks that add such detail to production here, but never quite succeeds in doing so. In fact, playing on the tension between these two elements makes for quite an introduction to the record.

Old-timey, lock-step drum machine beats set the tone at the outset while carrying over tension and expanding it across the wider discussion, contrasting external pressures with internal monologues. What’s becoming evident at this early stage is the restraint with which Sampha carries himself as a songwriter. Also: ‘Blood On Me’ manages a big hook while maintaining a sense of minimalism in between, which is intriguing, a mix of bigger pop sensibilities and nineties trip-hop tension.

Strings, plucking, and other ephemera underpin skittish percussion, before an interesting dynamic comes into play, as the aforementioned pop and minimalism begin brushing shoulders with an afrobeat-inflected rhythmic fluency, the less-is-more production legacy of various strains of UK urban electronica, and shiny sonic textures. A real treat, this.

Ah, this is why the Mercury folk are after this album. This is fairly lush without getting too heavily into the balladry at all. Chopin-esque confessions to his instrument make for an earnest love-letter to formative musical experiences and oneness with a calling that avoids veering into cheese thanks to a big hook that’s more questioning in tone than looking to resolve a verse-chorus-verse dynamic.

Not too sure about having two big piano-led numbers in sequence in the middle of the album to be quite honest - have always been wary of mid-album dips since feeling a drop in momentum with all the skits in the middle of MF Doom’s Mm Food upon first listen years ago. Thankfully that feeling of foreboding is lifted with this song’s status as something of an interlude, and one that gives way to a gentle, bassy end.

More tension between contemporary electronica and the desire to exercise restraint with the hook play. A lot more understated here until just the right moment, and the drop works. Rich and full of a lot of that warmth hinted at earlier. Finger-clicks come in and the puzzle of radio-friendliness begins to complete itself. Cleverly-built without necessarily scaring the horses. The merits of that are up to you, I suppose.

Yep. A tad more eccentric, even if “You’re the ghost in my machine / As I sit at my piano / And flick through every channel” is a little bit of an eye-roller. The concept of voyeurism and the omnipresence of media is touched upon here, but nowhere near as in detail, nor as cleverly as standouts on Thundercat’s Drunk_ LP, which is an admittedly obvious comparison on this topic at this point. Big reverb and ghostly vocals as the track crawls to its end are a point of interest here.

This is more like it; ‘big’ but simple percussion that plays on the sparseness of the album’s production, spaces filled with bass when the dynamic calls for it. “The sun sets and you’re not there” at the end of the second verse is exactly the kind of punch in the feels you want at the end of a verse when in search of sad-boy catharsis. The pickup toward the end lifts this song out of a bit of a dip that’s been happening the last few tunes, now.

Back into big, accessible territory, or at least as much as is allowable here. Sparkly, 8-bit-ish plinks and plonks rhinestone up this tune a little, and the organic feel of some of the snares in the beat underneath all this are two things that hop out at me immediately. This is definitely one of the pillars of this record as far as outward-facing sounds are concerned.

Oooh, now. Low-end harp and gentle pads immediately set this one up. This plays on my own predilection for people wrangling more from less - a simple bassline, breathy backing fading into the ether. A gorgeous note to end a seemingly personal record on, made all the better for perhaps the most judicious use of aforementioned minimalism/restraint to stop this tune either going full schmaltz or losing its own soul to sounding too ‘indie-friendly’, for lack of a better-term in 2017.