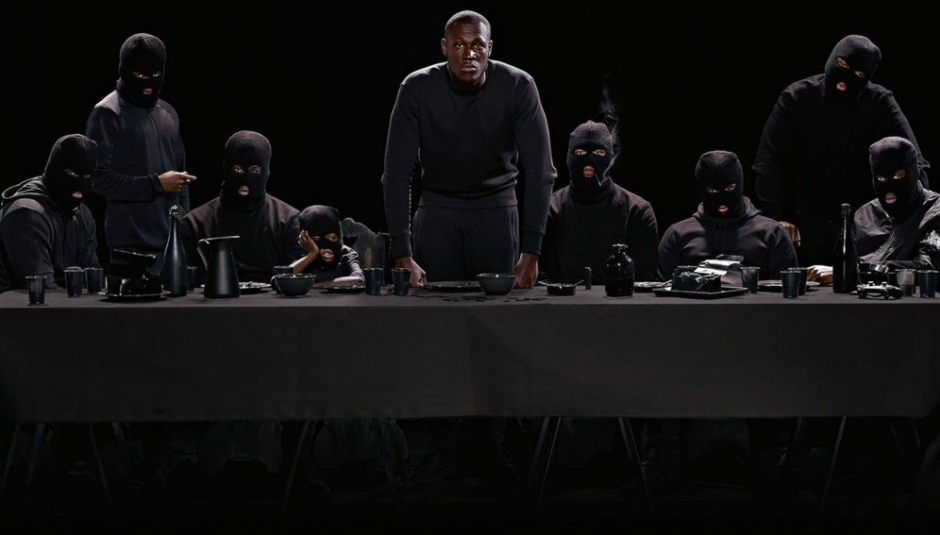 Hot on the heels of Skepta’s Mercury Prize win last year, UK rap has continued to build up a head of steam in the mainstream, with the last 12 months offering stellar releases from returning heroes and challengers to the throne alike.

Reward for continued excellence in this year’s Mercury? Three nominations: a step-up on both last year’s pair for victorious Konnichiwa and Kano’s Made In The Manor, and every Mercury shortlist since way back in 2002 (shout-out to the Nokia 3410).

Which means that though the likes of Blossoms and Ed Sheeran have been invited to darken our doors this year, J Hus, Loyle Carner and Stormzy are at the party to show us the light.

And of those three, Stormzy, has undoubtedly shined the brightest.

Out of the gates on Gang Signs & Prayer he redraws the lines of combat, shifting expectations of what he can create and achieve.

To that end, the album title nails it, its duality far more than mere provocation.

This is a record of two halves, where grime and gospel influences collide, and that collision between clenched fists and raised palms dictates the pace of the record throughout.

Stormzy self-consciously plays up this contrast at the heart of the record in particular, the raw ‘Blinded By Your Grace, Pt. 1’ peeling back the layers of both his voice and his soul, before he immediately turns back to polishing up his hardened exterior on ‘Big For Your Boots’.

It’s a trick he plays again by pairing the gentle, NAO-featuring ‘Velvet’ (“Man thought that Stormzy couldn’t sing”), into ‘Mr Skeng’, with these one-twos bearing witness to comfort zones being stepped in-and-out of at whiplash-speed, but with a skill that ensures he’s always taking the listener on that journey with him.

On this album Stormzy gives us both what we want – thunderous old-school Sir Spyro and DJ XTC grime instrumentals, a flow as slick as the oil refinery he used to work at – and what we need: realness.

And it’s the latter with which he truly elevates himself above his peers and stakes his claim to this year’s Prize.

It comes in many forms – the repeated humorous references to his Adele fandom for one – but it’s at its most potent when Stormzy is at his most unashamedly vulnerable and confessional.

The most overtly religious cut ‘Blinded By Your Grace Pt. 2’ could move even the sternest agnostic, and the way he pulls the rug out under the sultry piano and horns of slick R&B cut ‘Cigarettes & Kush’ to delve into an extended admission of guilt is masterfully spine-tingling.

The apotheosis of this realness though, is his work both on-record and beyond speaking out about his depression. It feels game-changing and on closer ‘Lay Me Bare’ he takes the time to extensively probe the state of his mental health over the last few years. That the track-listing ensures it follows in the wake of his biggest hit ‘Shut Up’, only serves to further heighten its truth, showing the reality beneath the renown its release created.

All told, Stormzy would be a more than worthy winner of the Mercury Prize.

This is a bold debut, whose few teething issues with selectiveness and a couple of forgettable features, are far outweighed by the quality on display elsewhere. And as the only entry on the short-list that genuinely combines both commercial success and collective critical acclaim, it would also solve the Mercury’s quandary re: its purpose… for another year at least.

Just no pandering “it’s what Bowie would have wanted” strings-attached this time around please.


For more information about Stormzy, please visit his official website.