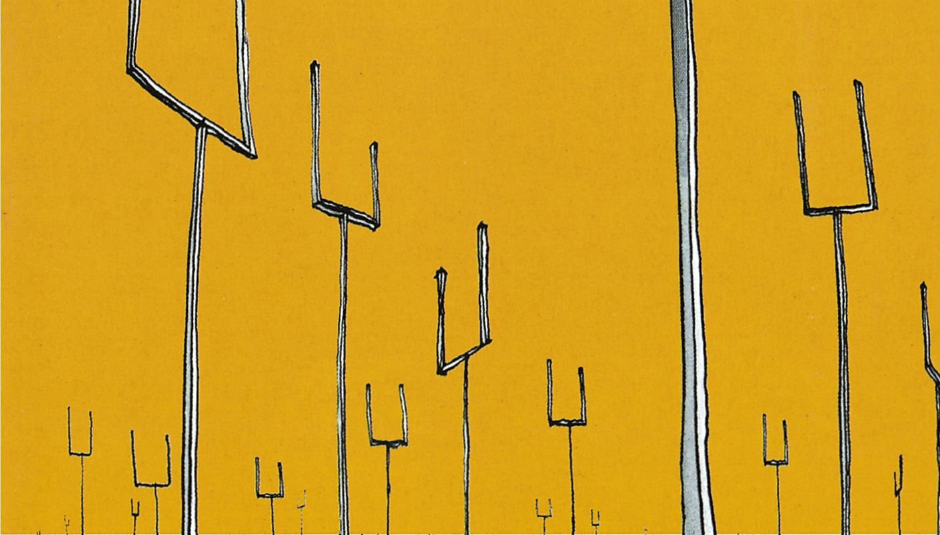 It was as a friend and I sat around watching Muse’s live DVD Hullabaloo at 5am a few weekends ago that the conversation turned to Origin Of Symmetry. It’s the album that fuels most of the setlist on that show and the one that most fans turn to as their point of context when trying to explain the obsession to someone who doesn’t ‘get’ Muse.

It was New Born that made me ‘get’ Muse. A piano intro giving way to a riff that crashes against you repeatedly, breaths in and then keeps coming back for more. It was, for me, a song that seemed to drag music into what I wanted at the time. Muse didn’t seem particularly cool or like they were interested in being cool. At a time when friends were obsessed with the bloated monstrosity that is Oasis, it was the perfect kick in the ribs.

'Bliss', featuring a crimson-haired Matt Bellamy falling into the abyss, actually made me dye my hair red to match. It got as mixed as response as the band’s post-Black Holes And Revelations output. Apart from 'Plug In Baby', which is iconic and recognisable to the point of almost not being worth mentioning, it was the first track that really showed how massive they were going to be.

But it wasn’t really about how massive they were going to be. It was about how mental it all sounded coming from a band that were in arenas and charting high. 'Hyper Music', which like a lot of their stuff borrows heavily from Rage Against The Machine, is the very definition of catharsis. It’s angry and spiteful and one of the best things they’ve ever recorded.

'Citizen Erased' tends to be something of a litmus test for Muse fans. A two-note guitar riff leads a seven-minute track through a journey of peaks and troughs before closing on a piano outro. It still dominates their live shows when they bother to play it.

'Feeling Good' is angry and sarcastic instead of whimsical. 'Micro Cuts' sounds like the sort of song you’d write if your brain was eating your head. 'Space Dementia' is a cavalcade of piano that shows off Matt’s classical piano skills like never before. 'Screenager' and 'Dark Shines' mix things up without ever being filled. 'Megalomania', recorded by blagging a priest that it was a song about God so they could use the organ, is dark. 'Plug In Baby' is alright.

Their debut Showbiz really showed off their raw talent but was also incredibly patchy. Their third album, Absolution, saw them mix what makes Origin Of Symmetry so good with a more approachable vibe. From there on, it’s been mixed results and most fans will tell you the same. But there’s a reason we all go back and watch them. August will mark my 20th and 21st gig and I freely invite ridicule for that.

It was this album, though, that saw them capture their own brilliance in its purest and most consistent form. It comes across like a band losing their minds because that’s pretty much what was happening with them, sometimes deliberately and sometimes not. And no matter how patchy they’ve been in recent years for a number of reasons, when that riff of 'New Born' kicks in the surge of adrenaline is still there.