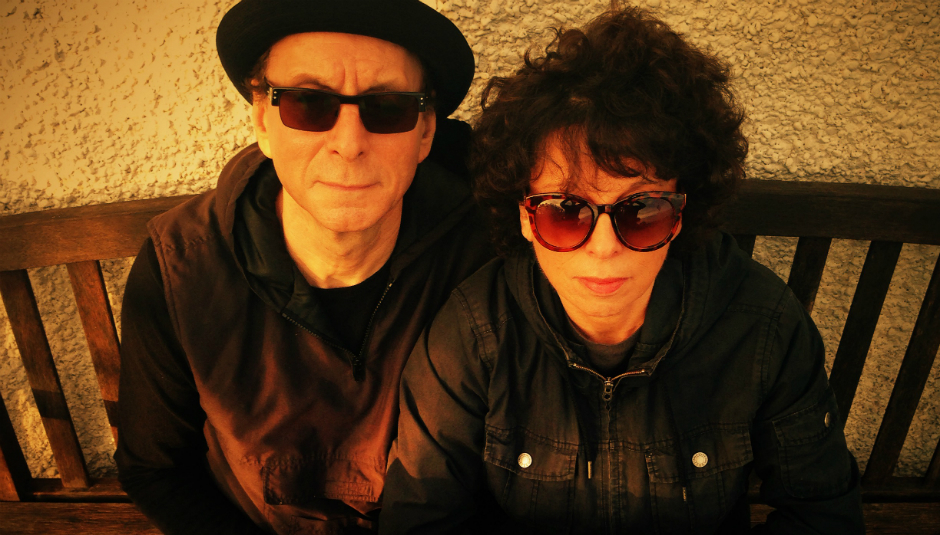 For a number of years Immersion, the electronic music project of Malka Spigel & Colin Newman, has sporadically poked its head above the parapet to beguile and wonder with dazzling synths and soundscapes; a very 21st Century take on ambient drone. New album Analogue Creatures Living On An Island is no different, a collection of seductive instrumentals that's as sensual as it is hypnotic.

DiS asked the duo to talk us through the nine tracks, and we're also proud to present an exclusive stream of the album below, which is out on 25 November via Swim.

Immersion’s music doesn’t have a lot of what you might conventionally call drums, but it doesn’t lack movement or propulsion. This track is like an unfolding journey, an opening journey, where parts develop and grow from a simple rhythm. It’s well suited to the “on the road” video Malka shot for it. Yet it also connects to fact than we've moved to a city by the sea, where you can stand in front of a body of water that connects to other places across it.

You can’t go very far with Immersion’s music without mentioning the mighty Korg MS10, an 80’s analogue mono synth which is central to its sound. Malka has owned one since the early 80’s and coaxes sounds out of it like it's a living creature. There is no Immersion music since Oscillating, the first album from 1994, that doesn’t feature the MS10 in some form. Here a whole structure of longing is built on an MS10 loop. We hope the title shows we are not lacking in humour! We are also starting an occasional event series in Brighton named for this piece.

This, like its predecessor, is one of the tracks completed this summer and is perhaps one of the most uplifting pieces we have ever made. It’s like the lightest of winds somehow has the strength to lift an ever increasing array of disparate objects into the air. The stars are some serious gamelan abuse by Malka and an MS10 which appears with an almost comical voice.

Built on a guitar riff played on a 12-string through an organ pedal, this track also features Immersion’s patent eroded beats. The drum part is actually a full kit but processed in such a way that it’s as if wind had sculpted off all its presence and tonal range, leaving just a kind of clicking. The piece is a kind of mutant dub which somehow becomes the carrier for the almost plaintive cries of the MS 10 creature, the shapeshifter...

Living On An Island

The last piece finished and the title track of the second 10” from which this album is compiled. Musically it has a bed of chords which are warm & comforting yet a little melancholic. We can’t remember if the title came before or after the Brexit vote, but somehow the two are tied together. It states the obvious, but also tells of our own small progressive island (Brighton) anchored south of a larger one surrounded by blue as far as the eye can see. Our only response is to stay strong and positive, and affirm the world view in which we believe, through our music.

The first track recorded, and the one which has the strongest link to our 1999 album Low Impact. In it we are led into a ritual at a machine monastery. A huge chant in which the machine monks are both performers and audience. We can only speculate about what forces they are trying to commune with, and what is the reason for their intense self-absorption. It's essentially music about one note voiced by many creatures - the mechanical creatures.

Probably the closest Immersion gets to jazz; the spinning, shimmering arpeggios are underpinned by cymbals, more eroded beats, and upright bass. Everything dances, yet there’s no obvious drum groove holding it together. There’s also something about Brighton in summer; the city hosts an electronic scene on many levels, and that comes as no surprise as it is a city which has always been open to electronic music.

A piece on which we partly collaborated with Guy Schneerson, who is one of the main organisers of Bleep, a monthly electronic music event at the Verdict in Brighton, where we have played couple of times. He is the owner of the Vermona synth, which provides the arpeggio spine to the piece. Especially in the live domain, collaboration is an element in the exploration that is Immersion. This year we have collaborated in a live setting with Ronald Lippok (drummer of To Rococo Rot) and the electronic musician (and sometime Tangerine Dream member) Ulrich Schnauss. We plan further collaborations.

The final track on both the first 10” and the album. Starting out with 12-string guitar which almost sounds like a demented spinnette, more harmonic elements arrive until the sound is nearly, but at the same time not at all, pop. However, it remains true that Immersion harbours elements of a very unlikely pop music. Maybe it’s the way in which disparate elements are brought together in some kind of harmony; sounds are very often mangled in the world of Immersion, but it’s a mangling with the intention of bringing them together to make an interesting whole rather than just for its own sake.

Immersion's Analogue Creatures Living On An Island is out on 25 November via Swim.

"I try to avoid being too political":...