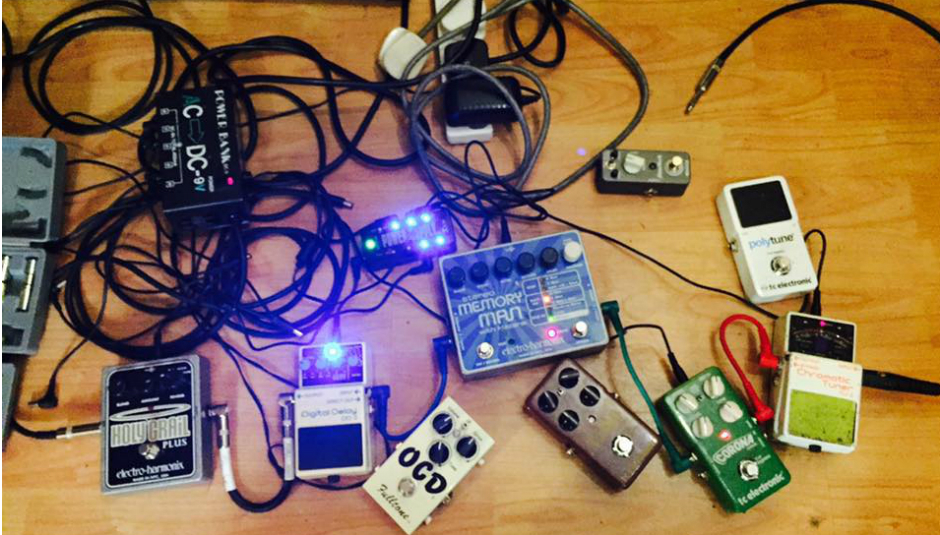 It’s definitely winter now. The weather’s disgusting and the leaves are all sloppy and not fun anymore. Smoking areas are fast becoming uninhabitable. Soon, you’ll have to buy presents for people you feel only a vague attachment to.

The Christmas markets are coming, to clog up the city centre and force you to pay a deposit just for the mug when you want mulled wine to warm your cold, cold soul. The smell of the hog roast will swiftly put paid to your do-gooding vegan impulses, and you’ll inhale a fat roll leaking apple sauce while you argue with your significant other over whose family you both go to over Christmas.

At least we have music.

Greta Carroll from the Whalley Range-based electronic pop duo Bernard & Edith is working on a new project called Westwolf Experiment, where she curates a showcase of mixed disciplines by Manchester creatives, including music, dance, art, and fashion.

Greta says: “The purpose of the Westwolf Experiments was to bring together creative people in a space where they could collaborate to shape the future of Manchester’s creative culture. For me, this was a way of responding to the feeling that Mancunian counter culture had become overtaken by the exploitative creep of businesses looking to profit from it. I felt that the way to revive the ailing state that this culture found itself in was with raw creativity, through music and art.”

“Growing up in Whalley Range, I’ve seen it go through many changes. I’ve witnessed the community disintegrating, and I wanted to inspire people to use their local community spaces to create interesting events and bring genuine culture back to Greater Manchester.”

The next Experiment is on Saturday 26th November at St. Margaret’s Church and includes experimental pop from Kiyoko, grime from Yem Gel, poetry by Hammis Rush, and an art installation by Yasmin Lever.

Check out the promo video by Nick Delap here.

In other news, three of the North West’s premier music festivals (Sound City, Kendal Calling and Bluedot) and the popular online music mag Louder Than War have joined forces to create a new music event and conference. The first Off The Record Event was held on 4 November, with a line-up featuring False Advertising, The Orielles, FREAK, Bossy Love, and Noa Noa.

Media darlings Luxury Death will be playing with HMLTD and Pink Kink at the Castle Hotel on Sunday 27 November. Luxury Death is made up of Ben Thompson from the now-defunct Nai Harvest and his girlfriend Meg Williams, and their bittersweet lofi sound is currently charming everyone from VICE’s Noisey to So Young Magazine.

On 8 December, two naughtily-titled acts will be coming together for a show at The Old Pint Pot in Salford. Riot grrl-influenced Belgian four-piece Cocaine Piss and deliciously soulful ‘anti-folk’ outsider Manchester outfit Crywank will knock the socks off anyone who thinks that punk is dead.

Although not technically a Manchester band, The Orielles certainly spend enough time hanging out and gigging here, so it would be remiss not to mention them. The Halifax three-piece have just been signed to Heavenly and they’ve announced ‘Late Night with Jimmy Fallow’, a weekend of gigs curated by the band. It’s been held at Fallow Café on 25 and 26 November, and will feature ZuZu, Party Hardly and The Fentonville Street Band.

Recorded in a house in Scotland and released on Halloween, The Bear Around Your Neck has gifted us a storming debut album. Big Shiver is a concept offering, mixing country, grunge, and psychedelic influences. Listen here.

Of course, this column can’t mention every amazing Manc artist making waves at the moment, so check out our playlist for some further flavours.

Immersion's Track By Track Guide to A...