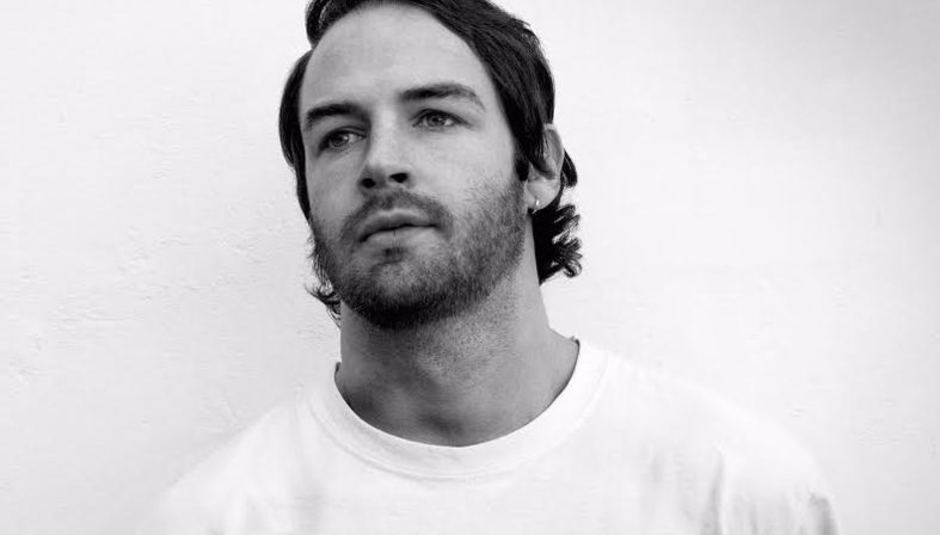 One of 2016's finest debuts comes out next month in the shape of J Churcher's Borderland State. Recorded over a two-year period with London-based producer Dreamtrak and featuring vocal contributions from Anna B Savage, Borderland State is an evocative collection that recalls the delirious haze of Maps, The Jesus & Mary Chain, Mazzy Star, and the Cocteau Twins.

A pool of dreams. We shot the video in October in an outdoor pool in London; the heating had been on all day so by now it was steaming. Astrid (my girlfriend at the time) stepped down into the pool and waded through the freezing water. It’s strange watching the video back now and listening to the lyrics because it was a break-up song that had intended to be fictional.

Riding On Your Love

This song had been half finished for at least two years. I kept thinking that I needed a vocal melody on the chorus. I came up with several various options only to bin them later on. It took a while for me to realise that the guitar line was the chorus and I like the way it sweeps in bends around the place, which is fitting seeing as it’s a song about falling madly in love whilst everything around you is falling apart.

It’s all about the beat. My brother who plays drums modified the classic ‘kick, kick, kick, snare’ beat used by The Shangri La’s, The Ronettes, and JAMC etc. Once that was down the song kind of wrote itself. Lyrically It’s pretty drug based, looking at warped time perceptions, sensory overloads, and the hallucinations and connections made between people.

The 'Last Hurdle' was supposed to represent a kind of utopia; a purgatory between happiness and its inevitable expiration. It’s about relationships, trust, and also man’s consistent capability to sabotage this trust. Me and my brother made a video for this song using an early Kenneth Anger film called ‘Eaux d’Artifice’ about this very flawed concept of a utopia, which we hope to share soon.

This was supposed to be an acoustic track. I had been working on it for a while and was going down the traditional acoustic route, but I could never achieve a version I was completely happy with, so, I got fed up and started recording another song. It had pounding, delayed drums and a big swirling synth. I decided to combine the two and 'How It Ends' was born.

Not referring to the Borderland State Park in Massachusetts, but referring to a term I saw whilst researching my own Hypnagogic hallucinations / Sleep Paralysis. The Borderland State is a place in between dreams and reality. I think I found the title interesting because it referred to this state of mind as a physical place, somewhere you could visit. The song itself talks of riding away with an old flame into the borderland state. I like the ambiguity of it being a genuine place or just a dream.

I was going through serious writers block at the time that I started this song, I was always ‘nearly there’ with it. I had taken a job as a gardener, it fitted in well with being a musician as the hours were flexible. At work I’d ride the mower and hear melodies of songs that I could write when I got home, although when I did they wouldn’t appear. I was frustrated and I was drinking heavily. Dream Team expresses that moment you’re about to get really fucking drunk and you’re are happy to lose yourself, for that night at least.

We recorded the drums using the same cheap electro drum kit as we did with 'Yesterday', I layered them with tons of reverb and distortion, and the result is this mixture between epic and Lo-Fi. Which I suppose is quite contradictory. This combination is used a lot on the record. I’m not quite sure why I’m drawn towards this mix, I think that comes from listening to bands like Cocteau Twins, JAMC, and even some of Neil Young’s stuff with Crazy Horse.

I really like how the production on this track mirrors the sentiment. It’s muddy, steamy, and humid. It reminds me of a hazy flashback from a cheap 90’s movie.

A young couple make their way down the Boardwalk, making plans for the future.

Anna B Savage came into the studio to provide backing vocals, we asked her to almost whisper the lyrics which adds to the tentative, vulnerable and romantic feel.

Middle Of The Sun

I think a lot of the record is about memories and how these get warped through time as we look back on them. With the final track on the record I wanted to achieve a kind of looseness of time and structure, almost like the track is skipping and your memories are glitching.

The album Borderline State is out on Friday 9th September via 37 Adventures.

For more information visit his official Tumblr and Facebook pages.

“I'm debating if I'm the astronaut or...