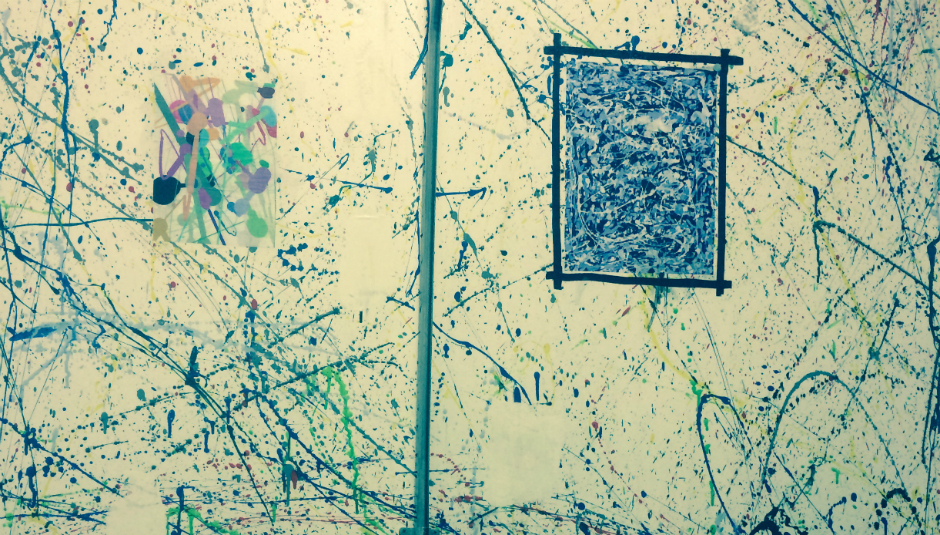 Summer in Manchester is all about music. It’s festival season, we’ve had at least one spell of warm weather, and the city is buzzing with anticipation for approaching holidays, and the prospect of cold beers and barbecues. As always, Manchester’s best up and coming artists are playing live shows and releasing diverse, innovative, and often completely DIY records that can be your soundtrack for the summer.

Dot To Dot returned to Manchester for another epic urban festival instalment on 27th May, with headliners including Mystery Jets, The Temper Trap, and Rat Boy. Local acts made a splash, with notable sets from Blooms, Goda Tungl, and The Bear Around Your Neck, and there were also some stand-out performances from US outfits Diet Cig and Day Wave. Festival Coordinator Ben Ryles said: “It’s great to see local bands play the festival and then use that as a springboard for other opportunities. We have a huge affinity with the scene in Manchester and I think that shows in our bookings for Dot To Dot and our other concerts in the city”.

On 11th-12th June, thousands of revellers arrived in Manchester for Parklife, an independent festival and the brainchild of the Warehouse Project brigade. Parklife celebrated its 7th anniversary this year, with a strong line-up featuring The Chemical Brothers, Craig David, Ice Cube, Chase & Status, Bastille, and Jess Gynne. Parklife has proved so popular that the 70,000 strong event has been moved from Platt Fields in Rusholme, to Heaton Park.

Ben Thompson, one-half of the successful punk band Nai Harvest, and his partner Meg Williams have joined forces to create Luxury Death, a lo-fi indie rock project originating in their bedroom. Thompson will be on guitar and vocals, and Williams on keys and vocals, with a full band for live shows. Luxury Death have already been picked up by an independent UK label, and their first single will be coming out in early August. Stay tuned!

Manchester’s beloved Deaf Institute turns eight years old this year, and the venue is throwing a massive birthday party on 12th August. There will be live music from Manchester/London-based Everything Everything (their 2016 album Get To Heaven is out now), Marple indie pop five-piece Dutch Uncles, and Manc techno legend DNCN, plus DJ sets from Mark Riley, Doodle, Girls On Film, You Dig?, Piccadilly Records, Spotifriday, So Flute, Bophelong, and Gold Teeth.

West Coast neo-punk twin brothers The Garden will be playing an intimate gig at Fallow Café on 27th August. This falls on the Saturday of the bank holiday weekend, and tickets are already selling out.

Also on 27th August, Bad Habit Events presents a ‘Secret Summer Forrest Rave’ in an as-yet undisclosed Manchester location. Details are thin on the ground at this point, but there will be three stages set up, with sets from deep tech, minimal, deep house, and psy-trance DJs. If you’re interested, the best thing to do is join the Facebook event and wait to be messaged with more details.

Current Mancunian favourites Spring King launched their first album, Tell Me If You Like To at Manchester’s Band on the Wall on 10th June. Hotly tipped by both Zane Lowe and Sir Elton John, Spring King’s album is a riotous blend of noise guitar and spirit-lifting choruses. Distortion-heavy and garage-influenced, Tell Me If You Like To is a record for anyone who likes their British indie suffused with spiky intensity.

The 10-track offering showcases plenty of Spring King’s previously released material, including ‘Who Are You’, ‘Demons’, ‘The Summer’, ‘Detroit’, and ‘Rectifier’, making it difficult to imagine where the band will go with their second album. Tell Me If You Like To is released by Island Records.

Surf-pop three-piece Blooms released their second single ‘Porcelain’ on 16th June, premiering the track on DIY Magazine. With dreamy, haze-soaked guitars, the single’s verses and chorus are undeniably catchy, but the instrumental breaks are where ‘Porcelain’ really shines. It’s a highly personal piece of music, with the lyrics describing the impact of caring for a loved one who struggles with mental illness. ‘Porcelain’ demonstrates Blooms’ range, and provides a sense of depth and maturity, tempered with the uplift of the memorable guitar riffs and melody.

For fans of Fat White Family, neo post-punk five-piece Cabbage are released their debut EP Le Chou on 10” vinyl on 30th June. They’re known for chucking vegetables into the crowd during their packed sets, by Cabbage are more than a gimmick outfit. The album’s lead single ‘Kevin’ is suffused with dark humour, rich guitars, and a heavy psych feel. Other stand-out tracks include the tongue-in-cheek ‘Contactless Payment’ and ‘Austerity Languish’, 2:26 minutes that just beg to be jumped to in a sweaty, darkened room.

Manchester wavey/psych quartet Caesar are releasing their first tape with Blak Hand Records this week, and the A-side ‘Hazey’ is already available on Soundcloud. Expect plenty of reverb and delay, plus some heavy tracks lasting around 6 minutes long. You can catch Caesar at Gulliver’s on Tuesday 21st June, sharing a bill with TVAM, Dirty Heels, and Lavender.

For more amazing Manc offerings, check out our Drowned in Manchester playlist.

“If we played together every day it’d...