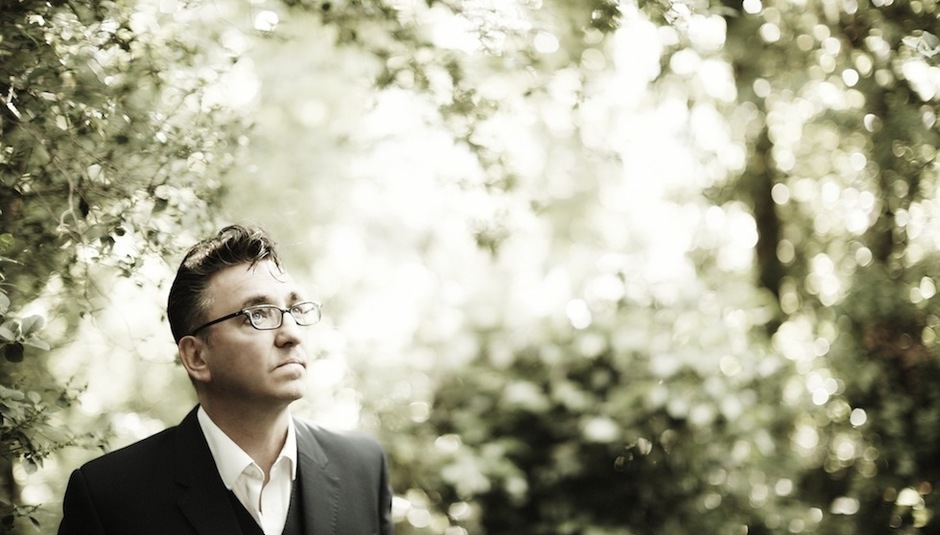 ‘Guitarist in band encounters drugs shocker’. Richard Hawley writes his own headline after an outpouring about how new album Hollow Meadows was born from some of his darkest days.

But the shock with this self-penned headline is that it wasn’t the ecstasy, the opiates, or even the acid that had this profound effect on his life. It was prescription drugs.

An incident with some leather-soled loafers and a marble floor saw Hawley’s leg in a cast for much of his ‘Sky’s Edge’ tour in 2012. Just as his bones were on the mend, his back went. This wasn’t some twinge that a heat pack and a day of sympathy could fix. At one point, doctors said he needed surgery and could end up in a wheelchair.

To deal with the pain, Hawley was put on Tramadol and everything changed.

“I had to stop. I mean stop stop. I’ve never had to do that before. To be forced to be still was terrifying,” he says.

“I was walking around two minutes ago and now I couldn’t walk. I had three children at home and I wanted my life back. But it was the pills - they were the worst. The pills fucked my head up and coming off them was horrific.

“Those drugs weren’t the crock of gold at the end of the rainbow, they were just the crock.”

He cracks many a line when he talks about that time, but you can still hear the fear in his voice of what might have been.

As Hawley strolls around his house, occasionally breaking to tell his kids that he can’t play because he’s being interviewed or to ask his wife where they last went on holiday, you get a sense of what he almost lost.

An amazing physio (“I could have kissed his feet if I could have got on the floor”) and the support of his family got him through, but it took almost three years. In fact, it’s probably something he’ll never quite get over.

“The main thought that ran through my head when I was in bed was ‘how do I go to the bog’,” he says candidly. “I realised that, if I was on my own, I couldn’t do it. It made me realise how loved I was.

“It’s stupid thinking that, but the kindness of people was it. Little acts of kindness make the world go round. It was like when I used to see my grandparents hold hands; that little pocket of air between their palms made me know the world would be all right.

There was also a perspective that supported him. Hawley was born into poverty on the rough side of Sheffield, constantly under the knife as a child to fix his cleft palate. He whiled his younger years away on the dole with great music and mind-altering substances before landing a role as guitarist in The Longpigs and, later, Pulp (not to mention some interesting session work, which saw him play guitar on the All Saint’s 1998 version of ‘Under the Bridge’).

He admits that he and his mates used to pretend to be science guinea pigs, getting as high as possible on whatever was available and immersing themselves in the psychedelic fuzz of Love’s ‘Forever Changes’, 13th Floor Elevators or the Chocolate Watchband.

That experience with other drugs meant he recognised that the dark feelings on Tramadol were not really him.

“I was surrounded by bad spirits and I had to try and exercise them,” he says. “Because I’d had previous experience, I realised that this colossal come down was a holograph of emotions. It wasn’t how I was actually feeling.

“I would never advocate taking drugs. They need the greatest respect and the right people. But, for me and the position I was in, which was a young lad on the dole with fuck all else to do, it was an interesting use of my time and made me very creative. I saw things through a different lens.

“Childbirth and acid were the most eye-opening moments of my life and I think it gave me a perspective that meant I could come out the other side.”

The final medicine in his recovery was his music and his dogs. Not being able to get to a studio, or even hold a guitar, didn’t prove a problem and bits of songs swirled around his head freely until it was possible to get them down.

“I have mastered a way of making music and keeping hold of my ideas without an instrument, using the power of my head!” he explains. “You have this wonderful thing called a memory. It’s like Jurassic Park in there for songs!”

Walks with his dogs – now a daily ten miles - the repetition of foot in front of foot, the rolling hills of green Sheffield on the cusp of the Peak District and his shed – Dis-Graceland - got Hawley back to the leather jacket-clad urban crooner that stole our hearts more than a decade ago.

His experience means that there’s a definite darker tone to Hollow Meadows; simpler, more reflective, but it’s not an emotional drain of songs about depression and drug addiction. It’s laced with positivity and stories about his family and his friends, like the beautiful ‘Heart of Oak’ about folk musician Norma Waterson and the impact her friendship had on Hawley at that time.

“The album is about what I was seeing. I don’t want to go into the details of it, because other people might see something else in it, but it was me trying my best to be positive through what was not a great situation,” he explains.

“There’s a lot of stuff on the record that I tried not to document, so I tried to contain it in a nice little box with a bow on, but I couldn’t do that for the whole thing.

“I tried to see the brighter side though. Mainly I just thought about my wife and the nurses having to take care of this grumpy old cripple, so I decided to stop moaning!”

There’s a Hawley wit and charm so endearing, you’d be made of stone not to fall for it. He watches life for its quirks, like an Alan Bennett story, and writes songs about the daily beauty that most people miss.

‘A World Looks Down’ on the new record is one of those tales. He berated a friend for staring at a phone screen and ignoring him. “He was on a dating site I think, but there was this absolutely beautiful girl sat right next to us. She was on her phone too. I just wondered what would happen if they looked up and saw each other.”

This everyday beauty is part of the soul of Hollow Meadows. Songs were recorded as demos in Disgraceland, but they never made it to studio, instead staying in the slightly broken state that Hawley was in himself.

“You can hear the dogs and the kids in the background. At one point you can hear a magpie on the domed roof. I didn’t want to airbrush all that out. I kept all the faults,” he says.

“It’s a rough record, recorded with one mic. I thought they were just going to be demos, but they had a feel and a vibe. I knew I could record it again in a studio, but it would have felt too sterile.”

Hollow Meadows is a point in Hawley’s life, maybe an end to those horrible three years or the moment where he had an awakening of what’s really important in his life. He doesn’t want to think about it too much – it’s just a record, it’s just what he does.

The new album , Hollow Meadows, is out now. 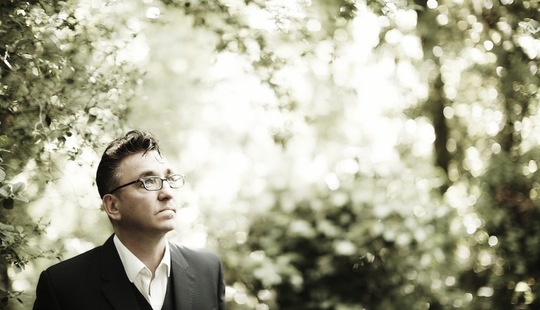