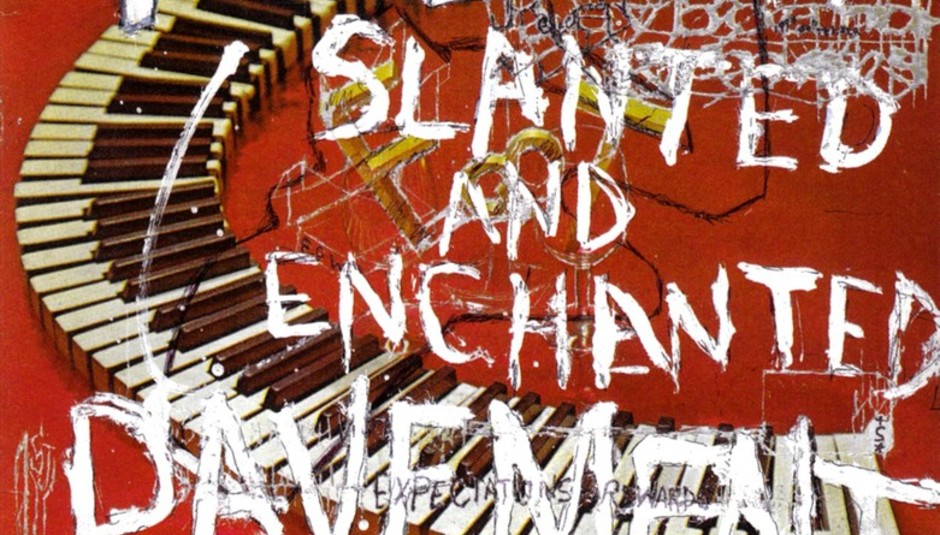 Pavement have an album out, well, as you’re probably aware, a second re-issue of their first debut proper Slanted & Enchanted. It continues to be a benchmark of indie rock today. The latest version has all the bonus tracks that were put out on the Reduxe version, but this time it’s on vinyl only. Some people are pretty bummed that there’s no unhidden gems, plenty of people are stoked that this is now on vinyl. We spoke to the one and only Spiral Stairs about this. He’s stoked.

DiS: So all the massive Pavement fans who were salivating over the possibility of a different narrative created by a new version of ’Slanted & Enchanted’ could feel a little underwhelmed by the lack of new, unearthed, tunes. So what does this compilation mean to you? Do you feel that new things are uncovered by a different track order and the variant versions that run through this version of the album?

Spiral Stairs: I don't think a lot is uncovered by the different track order. That was just done to make sure the songs fit together nicely on the vinyl.

Basically, the reason we did this is we've always wanted the deluxe packages to always come out on vinyl, but the need wasn't there in the past. Matador put out ‘Brighten The Corners’ deluxe on vinyl but it was so expensive they balked at doing any more. So, we thought it would never see the light of day. But recently, they and Domino suggested doing them again but just the extras on vinyl. And make it a special thing. Which we hope we've done.

The fans who've already bought the cd deluxe ones or the original 7"s and comp tracks are probably not happy with this, but we've got tonnes of new fans who don't have them and so far seem to be excited. I'm excited by the comp because it's made me revisit those old songs and it's brought back memories I totally forgot about... memories of a young band who were sure of themselves but also very ramshackle and it could've gone anyway.

DiS: Having read some recent interviews around this release, it seems that to a degree even Stephen Malkmus wasn’t that bothered about this release, and couldn't remember some of the songs. Can’t blame him though as it was some time ago. Can you remember most of the songs from that period? What's it like to listen to a past piece of work decades after the conception and how does it feel to be an artist behind something that's still relevant and important, decades on?

SS: I don't think he wasn’t bothered, he just chooses not to be involved with these decisions sometimes. I’ve always dealt with these sort of releases from the band’s point so I think it's just a normal thing.

I think he trusts that the people doing the package would do a good one. Remembering the songs for me was easier since I put the first deluxe package together back in 2002, so I had to sift through the vaults. Listening to them again was fun. They were cool songs back then and still viable today. We had a lot of songs back then, geez.

Still relevant today? It's cool. If a kid makes up a song based on one of ours then we've achieved something.

DiS: Listening to this version of the album. What’s massively striking is how different Pavement with the original drummer, Gary Young was. How do you remember that period and that transition? What were your thoughts as Steve West stepped in to take over the skins? What did you think the future would hold?

SS: Yeah, Gary was a legend. It was always entertaining. But sometimes draining since we wanted to be good. Gary was an alcoholic in the worst sense, so he could be pretty sick sometimes. But he always tried his best and the drumming on the record is great. I don't think we would've been Pavement back then without Gary. Probably just another band at the time.

He was a talking point live for sure but kicking him out was best for both of us at the time. He couldn't perform and we were worried for his health. Some great shows though. Westie was amazing to step right in. He was so cool and relaxed. Almost the opposite of Gary. But perfect for the new songs we were going for. The Pavement that followed was a completely different Pavement in my opinion. One that most people remember.

SS - Yeah, we all lived in different cities so maybe that attributed to our restlessness. But we toured a lot around that time and you get kind of bored doing the same songs. We never did the same songs each night, every set list was different. ‘Cut Your Hair’ was big for us with alternative kids who like Nirvana etc. It opened up some kids eyes I guess but the music industry quickly shut them with copy cat bands with big management.

DiS: One of the things that also stands out with ‘Crooked Rain, Crooked Rain’, and particularly through the videos is the visual surrealism. How did the art of surrealism affect the art of Pavement?

SS: You'd have to ask Stephen Malkmus that. But I think we tried to be mysterious for sure.

DiS: Looping surrealism back to Slanted & Enchanted. It seems that between Stephen's lyrics and Gary's antics you were in the middle of a surreal sandwich. What is your most surreal memory with Pavement?

SS: It was all surreal, actually. I was on the street the other day here in LA and my daughter who is four was acting up and I was chasing her. There was this other 'dad' with his son going through the same thing. We ended up chatting and I asked him where he was from. He said Finland. I told him I'd been to Finland 20 something like years ago. He asked why. I said I was playing with a band and we played a show but it was just in this really small club in Helsinki. I then said we opened for a band named Sonic Youth. Well, his eyes went huge and he said "Pavement"???? He then said that he was at that show and it was 22 years ago and to this day it's the best show ever. Talk about surreal. I remember that show being one of the best shows in Pavement's history. All of us crowd surfed to Sonic Youth. I think I still have a picture with Stephen Malkmus chatting up the daughter of the monarchs of Finland.

DiS: Which one song, for you, sums up Slanted & Enchanted best and why?

DiS: Finally, do you have any plans for Spiral Stairs or Preston School of Industry material?

SS: Yes… I'm recording a new record with Justin Peroff from Broken Social Scene on drums. My original drummer Darius Minwalla tragically died a couple weeks before we were supposed to record back in may so luckily Justin is filling in. it's going to be a tribute to Darius called 'Doris And The Daggers'. Hopefully done by the end of the year. 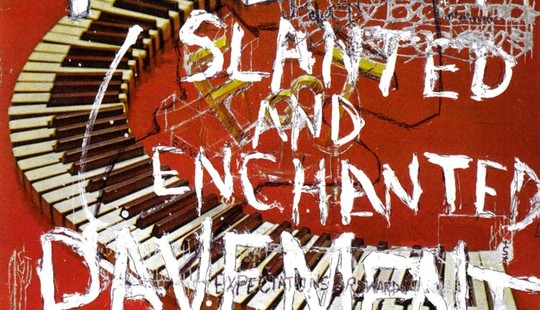