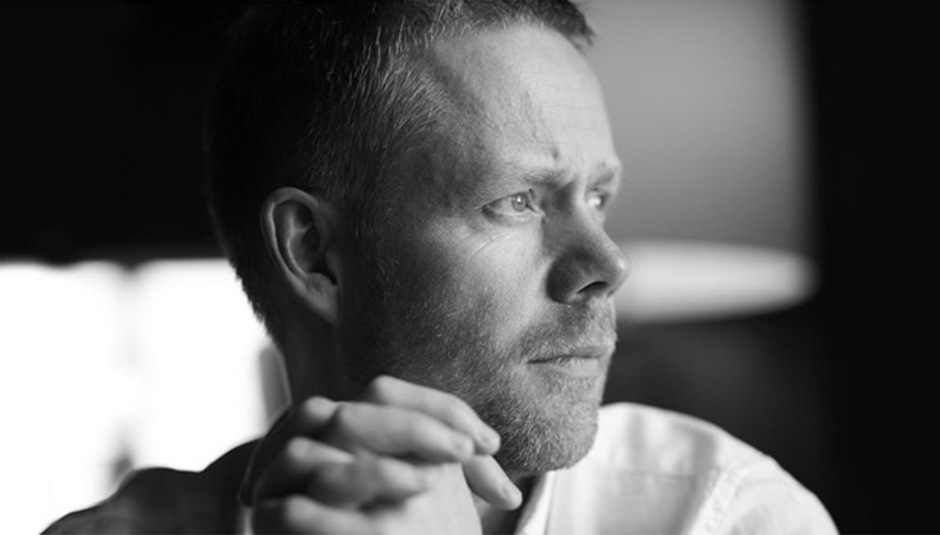 Max Richter, one of Britain’s leading contemporary composers, has written SLEEP - an eight hour long piece which is genuinely intended to send the listener to sleep... Here, DiS hosts an exclusive extract from the album sleevenotes, written by Richter and Tim Cooper.

Sleep is an eight-hour lullaby.

This whirlwind of a life – so fast, so little time. When I look at my children I wonder where they will find rest. Those moments of being that they used to have as tiny babies, arms outstretched, trusting of the world.

I’ve long wanted to write something that might soothe them, so this is my personal lullaby for a frenetic world – a manifesto for a slower pace of existence.

It’s a piece that is meant to be listened to at night. I hope that people will fall asleep listening to it, because the project is also a personal exploration into how music interacts with consciousness – another fascination for me. We spend more time sleeping than we do anything else – in the average life it amounts to several decades. What a miraculous part of our lives, this state of suspended animation existing between being and non-being (and for me personally, where all my work is actually done). What happens to music here? Are there ways in which music and consciousness can interact other than in a wakeful state? Can music function as a truly shared creative space?

I’m perpetually curious and questioning about performance conventions in classical music, our rigid rules that dictate what music we can appreciate and how. Somehow in Europe, over the last century, as complexity and inaccessibility in music became equated with intelligence and the avant-garde, we lost something along the way. Modernism gave us so many stunning works, but we also lost our lullabies. We lost a shared communion in sound. Audiences have dwindled. All my pieces over the last few years have been exploring this, as does SLEEP. It’s a very deliberate political statement from me.

I’ve structured SLEEP as a large set of variations – I love variation forms because they allow you to play with identity, memory and repetition – and in this case it echoes Bach’s Goldberg Variations (BWV 988), which were supposedly written as a cure for the insomnia of the man who commissioned them. I’m always trying to pare back my sound to the bare minimum, and in SLEEP I’ve gone further than before, choosing just a string ensemble, voices, organ, piano and electronics to make up the bulk of the sound world – I don’t want to jolt people out of their own journeys through the material.

We are used to music having a theme, the material being the subject of the work. In composing SLEEP I have tried to make the experience of the listener, whether sleeping or awake, the centre of the piece instead. So the theme of the work is the listener’s experience of it, and the musical material is the landscape which he or she inhabits. For the same reason, the music emphasises the textural aspects of listening, connecting to the ambient electronic tradition and guitar-based drone music. Dreamscapes. Another strand in the material is my long-standing interest in the polyphonic music of the English Elizabethans. I see all these influences absorbed in my piece as though the work itself were dreaming about music.

“I have always been fascinated by the process of sleep,” says Max Richter. “As a child, it was my absolute favourite activity. I often think of composing as a daydreaming activity and, if I could, I would sleep for 23 hours a day.”

The complete version of SLEEP is an eight-hour work, intended to be heard – experienced – in one sitting, from start to finish, while the listener is asleep. Conversely, the one-hour recording, from SLEEP, is designed to be listened to while awake. “They are two separate objects,” explains Richter.

SLEEP is in every way a ground-breaking piece of work, yet it fits musically into Richter’s familiar frame of reference. Like most, but by no means all, of his compositions, its principal elements are piano and strings, with additional keyboards, electronics and a human voice. Like most, but not all, of his work, it also straddles the ever-blurring boundary between musical genres. It is at once soothingly familiar – as one would expect of a work intended to be heard while sleeping – yet disturbingly different.

“I love the sensation when my conscious/intentional mind goes on holiday and something else takes over,” says Richter, whose work spans soundtracks for film and television, scores for opera and ballet, and a series of acclaimed solo albums. “This piece is an attempt to see whether that space can be a place for music to live – and, if so, how is that different from listening to a record or a performance consciously.”

For him, the work is an “investigation” into the process of sleep: “an experiment to see how we experience music in different states of consciousness – to discover, if possible, how we perceive it in both a wakeful and a sleeping state. I’m curious to know whether, having slept through it, we will hear it or experience it differently,” he says. “It’s a set of questions. Is there a difference between ‘listening’ to music and ‘hearing’ it? Is there even such a thing as listening while you’re sleeping, because we don’t ascribe that sort of intentionality to sleep?”

During his preparations, Richter consulted the eminent American neuroscientist David Eagleman – with whom he had previously collaborated on the opera Sum at the Royal Opera House in London – about the mechanisms of the sleeping mind, and the ways in which music can interact with them. Other ideas that feed into the work, he says, include the concept of music designed to evoke a particular emotional, or even physiological, response, “like a channel from one state of consciousness to another”. This would include gospel music, lullabies, ritual music, religious music, drone music, ambient music and even the trance music beloved of clubbers, although he did not listen specifically to any of these in preparation, saying he prefers to compose “with a clean slate”.

Another precedent is Bach’s Goldberg Variations, supposedly commissioned by the Russian ambassador to the court of Saxony, Count Keyserlingk, to cure his insomnia. “It’s a good story, although it’s probably apocryphal. But I don’t really mind if it’s true or not,” says Richter. “What interests me is Bach’s idea of choosing a variation form – taking different trips through a known landscape. That’s something I’ve always done in all my work. I’ve always been interested in variations.”

SLEEP is released on September 4th 2015. 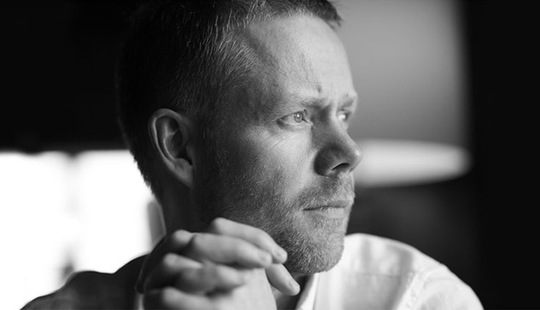 "I am benevolent to the point of abse...