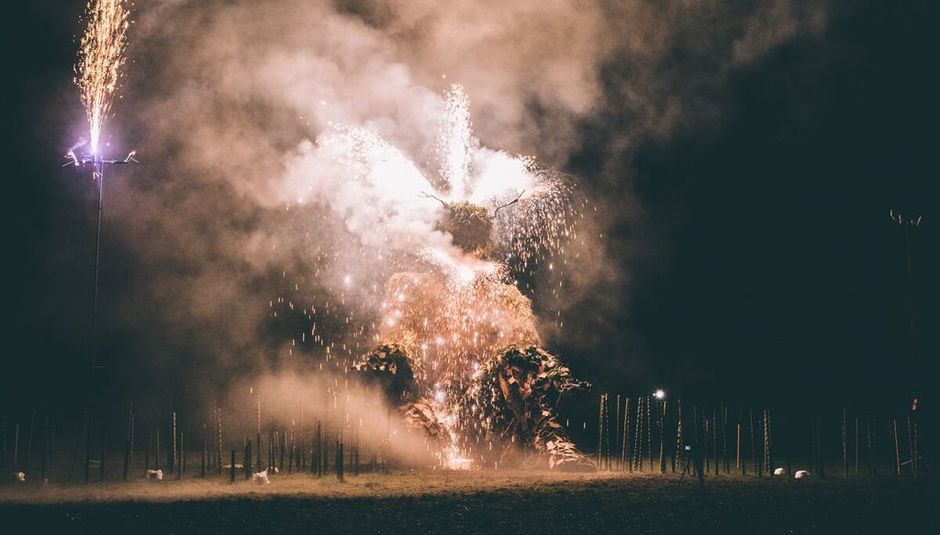 As ever, it would be a waste of time to try and boil this down to highlights. My intro alone could turn into a 10,700 word paragraph. If you just want the synopsis: Green Man Festival is the best thing to happen every year, and 2015 was another stunner. Absolute bliss. Close to perfection.

If you must press me for some detail, here are some more specific observations and reflections: Natalie Prass has an almost unbearably beautiful singing voice. A hundred Welsh ales is a fantastic thing to have at a festival. St. Vincent really knows how to work a sleek and dystopian guitar sound. Dan Deacon – at his first ever outdoor UK festival – successfully orchestrated a formal dance off in a tent packed by thousands. It’s stuffed with wonderful moments, front to back. And to that extent, you know what you’re getting with Green Man.

Having said that, one thing which felt slightly different this year was an improvement – namely the diversity of the music on the line up. For my money, Green Man is one of the stronger festivals when it comes to diversity across gender, and age, and economic backgrounds – but not ethnicity. Of course, this is no doubt partly a hangover from its roots as a purely folk festival, but this year proved that a festival can diversify its appeal without diluting it.

Sun Ra Arkestra played a mindmelter of a set in the Far Out Tent, taking us on a spacey, 100-year journey through the widest corners of jazz, while on the Mountain Stage, Charles Bradley’s soulful and fiery bombast gets one of the best receptions of the festival. It’s a welcome addition to an ambitious mix of sounds and traditions at Green Man – and feels right at home.

It’s often said that Green Man consistently has one of the most exceptional line-ups of the festival circuit. This is undoubtedly true. But what’s slightly less celebrated is the actual programming itself, achieving perfect pacing across the weekend. There’s a fierce instinct for knowing how to let the days and nights unfurl to maximum effect, and they play a blinder again this year.

There’s the galloping energy of Atomic Bomb cartwheeling the crowd into Hot Chip. Or there’s the powerful elegance of Slowdive providing an unexpectedly natural segue into the euphoria of Jamie XX. They clump together loads of the scuzzy guitar stuff into a charming and charging Saturday morning in the Far Out tent. They know exactly when to let contrasts play out and when to let certain moods build up for a bit. It’s not just a festival which looks good on a poster. It’s curated to a perfect blend in reality as well.

It’s still as bold as it ever was too. Not many events with Hot Chip as their headliners would take a punt on an act like Richard Dawson in the middle of an afternoon – barking repetitive a capella in a thick accent, alongside tangled, atonal guitar instrumentals. Here it is received well, and turns into an unexpected highlight for loads of people. That’s because one of the many, many beauties of Green Man is its distinctly broadminded and tolerant crowd, as excited to discover new acts and tastes as they are to tick off the must-sees.

And of course there’s the mountains. And the ritualistic burning of the green man himself. And bands like Villagers cementing themselves as the world’s finest touring act. And bubbles. And kids. And insane amounts of cider. And feminist choirs. And Father John Misty’s cock-strutting vulnerability. And dancing until dawn. And the tender beauty of Antlers. And every other tiny thing that makes Green Man Festival so much more than the sum of its must-sees. The whole weekend is simply a must-do.