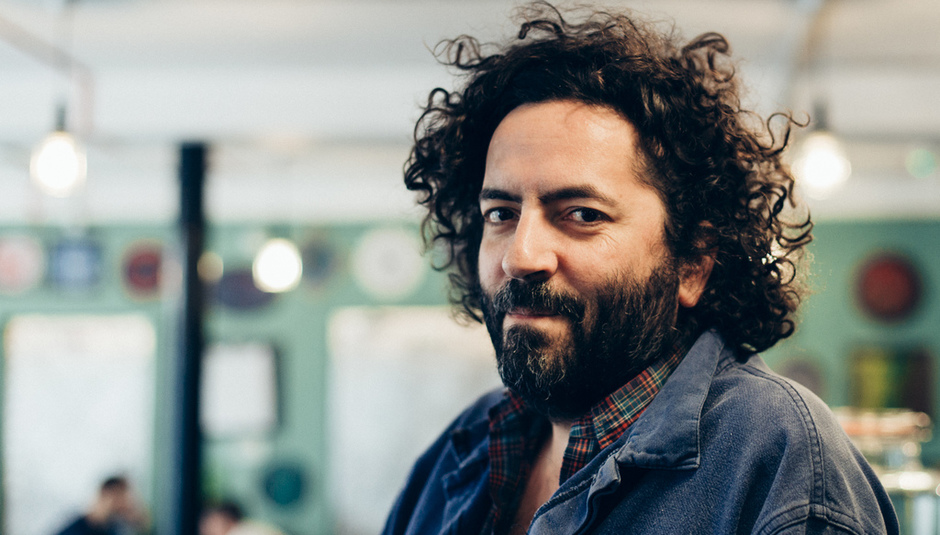 "I am benevolent to the point of absence" - DiS meets Destroyer

"I am benevolent to the point of absence" - DiS meets Destroyer

DiS: You've recorded Poison Season with your touring band. They're stellar players... but when there's a minor mishap on stage, you take on a sinister comic role... "come closer to me..." Is this a running joke, or should they genuinely be fearful? Are you a benevolent dictator?

DB: I am benevolent to the point of absence. Usually I have my eyes tightly closed, just trying to nail the notes amongst a sea of noise. Or am sitting on the ground just listening intently to a sea of noise. Once in a while I will say "Look into my eyes..." to keep spirits high. Assuming spirits like ghastly things.

DiS: Is this album a closer representation of your live sound?

DB: Much of it, yes. I don't think it will be much of a surprise to anyone who saw Destroyer play live in 2012. The strings are the foil. And the fact that we forced Joseph through a weekend of Duke Ellington bootcamp, so he couldn't just waltz in and blow his load all over the songs! Though he did that too...

DiS: Are there any songs you're particularly looking forward to playing live?

DB: Force From Above is both formless and very tightly wound at the same time. Curious to see how that one plays out.

DiS: Have you ever considered releasing a live album, or do you consider that a cheesy rock concept?

DB: I love the idea of it, though I doubt I will ever have the guts to make one. In 2012 my thoughts definitely started straying in that direction.

DiS: On reflection, were there any songs that were particularly difficult to finish? Also, I understand there were a couple of 'pop' songs that haven't made the album?

DB: There's a brand of melancholic breeziness that Destroyer peddles in. It's not my fault, I just write a couple songs like that for every record, I've been doing it for the last 19 years. But I was determined to disallow them entrance into Poison Season. There were a few songs where the strings and the band had no knowledge of each other, but once we made peace with the schizo nature of those numbers, everything went pretty smooth.

DiS: Archer on the beach - We're you always planning to revisit it?

DB: I think in the back of my mind I was always planning a non-ambient noise version of this song. Where the vocals were pushed to the fore.
There is a creepy vibe to the lyrics that I wanted the world to hear clearly. That being said, I think I was more than willing to put that song to the rest but then John Collins laid down this ridiculously slinky groove that made a lot of pieces fall into place and made the song incredibly natural to play as a band. In fact, I think it might be my favourite "band" performance on the album. I've been saying that in a lot of ways it's the closest in spirit to what Kaputt may have been like had it ever been a group of people in a room making music, allowed to hear what the other person was doing.

DiS: After the sensational critical response to Kaputt, how much pressure did that put on you?

DB: I thought Destroyer's Rubies was actually better received. The write-ups just had smaller word-counts and usually they didn't bother printing a photo. Kaputt had more ink and usually a photo. Maybe cause I didn't use ratty vacation snapshots for promo photos that time. It's true that Kaputt was the first record Europe ever paid attention to, but I live so far away from Europe, it's hard for the pressure to make its way over to Vancouver.

DiS: Was the release of Five Spanish Songs in some ways a reaction to the success of Kaputt?

DB: I wanted to record something really fast and deeply personal. If Kaputt can be seen as somewhat impersonal, and taking forever to record (it did), then "yes."

DiS: Does Poison Season have aspects of Rock Opera to it?

DB: No. But many of the "classic" American songs of the first two-thirds of the 20th Century have a pretty involved relationship with the theatrical stage. And I think I somehow became influenced by some of those songs. Though they probably exact one-tenth the influence on me of, say, a song like Mack the Knife. Or the Threepenny Opera, as a whole...

DB: That song, Times Square, was written in a very natural and therefore thoughtless way.
One of the few songs I've written on a guitar in the last 8 years, I probably wrote in real time.
That simple 70s Bowie/Lou Reed strum. Songs like that you just wanna start rattling off people's names.
I think I was thinking more of the typical Alphabet City latino anti-hero in some sort of NYC street drama, than of our lord saviour Jesus Christ.
I liked how the first verse has biblical names while the last verse has these kind of 50s, all-American-to-the-point-of-extinction names.

DiS: You're fond of using characters in songs, have you considered writing a novel of any sort?

DB: My problem is I have a hard time caring about what people say or do. Or why they say or do the things they say and do.
Which seems to be 100% of the meat that hangs off most novels' bones. And which is why the novel is so bourgeois.
I could never write one. I like plays and poetry and songs for literature. Film for everything else.

DiS: Bowie seems to be a touchstone for you...

DB: He was something that people talked about in the U.S. when they heard the early Destroyer band albums (Thief in 2000, and Streethwawk: A Seduction in 2001, in particular). I think he is an amazing singer, one of the best. And I've always been inspired by his approach to collaboration.
Which I should be wary of, since he's considered a vampire, but I don't care. But as a lyricist, he's never been something I've looked to.
Not much there. My favourite Bowie records have moved around a little, but not too much over the last 20 years.
Ziggy Stardust (an amazing sounding record!), Hunky Dory and Aladdin Sane. Aladdin Sane probably being the consistent winner.
I think Bowie and I (a hilarious expression) probably share alot of the same key early influences: John Lennon, Bob Dylan, Syd Barrett, Lou Reed, Scott Walker...
I listen to those guys a lot...

DiS: Do you wish he'd announce a comeback too, or do you think he's done his time on stage?

DB: I've never gotten the impression that Bowie's much of a compelling performer. Lots of the most amazing singers on record don't really blow you away on stage.
I suspect John Lennon might have been the same in the 70s, though he made some of my favourite music of that decade, and is probably one of the 5 greatest singers the english language has recorded.
I like the way The Next Day exists in the world. Just dropped in. A quarter of it is really really strong, I wasnt expecting it to grab me like it did.
The first single especially, Where Are We Now, is probably the biggest influence on Poison Season that I can think of, aside from Mack The Knife and certain film scores. His recording of Baal is also a massive influence, always.

DiS: You've come a long way musically, since the 90's . When you look back at your pre-Streethawk work, what parts do you guide people towards.

DB: City of Daughters is one of the first things I guide anyone interested in Destroyer to.
I don't recognize myself, and I can't sing those songs, but it's the most honest, clear-eyed document of where I've been at any given time.
And it's got an aimless poncey boho vibe that is legit. It's definitely the seed from which most Destroyer stuff was sown.
More than that first four-track record. It's also the first collaboration with John Collins and Scott Morgan, which is important.
Two people that almost 20 years later I'd still be doing stuff with...

DiS: Also, just to recap, your songs on the New Pornographers albums, they're the best ones, aren't they?

DB: I disagree completely. Were I to curate the definitive collection of Pornographers tunes, I don't know if I'd have a song on there. Except Breakin' The Law. And maybe Myriad Harbour.

DiS: You're playing The Haunt in Brighton on Halloween. Is this a pleasing coincidence, or should the audience expect the unexpected?

DB: You're telling me Halloween exists in Europe!?! 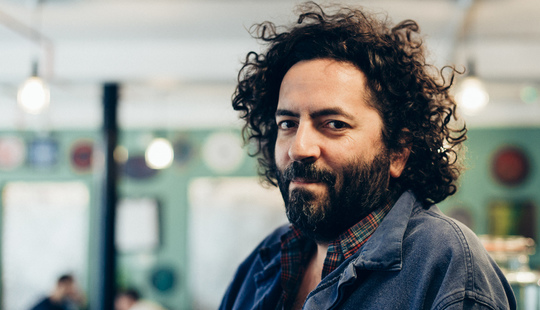