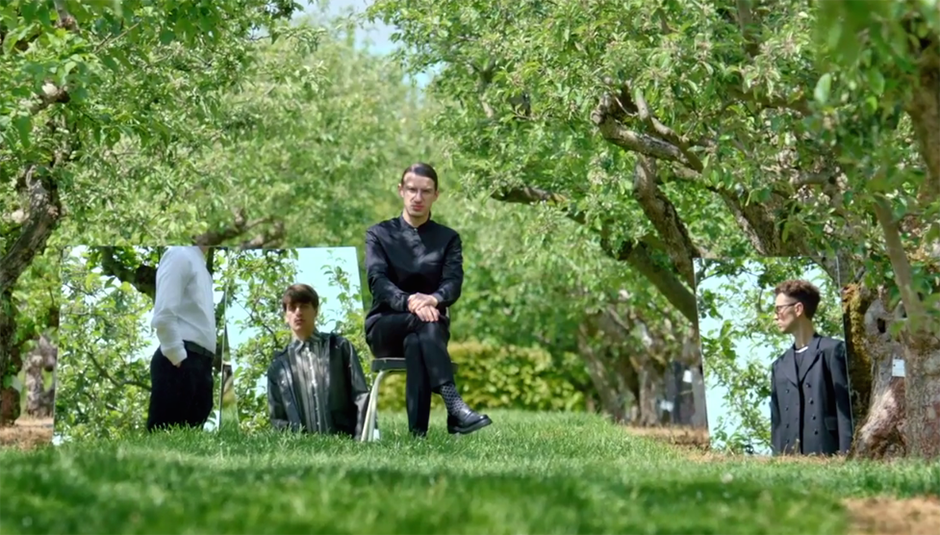 Hello and welcome to a boxfresh edition of DiS Does Singles.

Despite festival season being in full swing, there was a wealth of fab new music released last week. You’ll find the best of it below. Most importantly, Spector have Single of the Week, because... just trust me on this one.

Look, don’t ask me for the exact dates and times involved but Spector have suddenly become incredible. The hows and whys of this situation are unimportant. It just is. It's a bit like climate change and Dwanye Johnson’s box office magnetism.

According to Fred Macpherson, ‘Kyoto Garden’ is “about thinking you’ve got the key to the universe when really you’re just a gurning mess”. You can imagine him delivering the song’s central come-on before vomming over the nearest futon: “It’s 1am and you already know, how this one goes.”

Although ‘self-aware pop’ is perhaps the worst of all musical genres, Spector’s latest single is more than a wry confession that’s sung in italics. Its lilting synth line and processed drum-loop really dig in under your skin, gnawing out the disconnect between Macpherson’s amorous ambitions and the drool that’s collecting under his chin. You’ll sway in time and then sing along to a triumphantly feckless situation.

“Work with me. Work with me. Come on and work with me,” cry the band, begging for approval. They needn’t be so pleading. Few can resist this kind of swooning indie majesty.

Matt Mondanile’s Ducktails side-project is the Netflix equivalent of ‘Because you listened to Real Estate… here are some more songs that sound exactly like them’. And do you know what? I’m totally okay with that.

Anyone who’s familiar with Mondanile’s dream-pop day job should know what to expect from ‘Surreal Exposure’. Soothing vocals and a lilting guitar line, intertwine to lackadaisical effect while plush synth tones whirl around in the background. Sure, you’ve heard this Sunday afternoon sound before. If the forthcoming St. Catherine has its way, you’ll be spinning Ducktails all summer long.

‘Lukey World’ is a tribute to Skepta’s friend, Lukey Maxwell, who was fatally stabbed earlier this month in London’s Northumberland Park. Naturally, the track finds the Tottenham MC in a reflective mood, still trying to make sense of the tragic events. “We were getting shit poppin', now I'm on Google searching coffins,” he says. “Ting's confusing man, different man.”

A hollow sigh echoes through the track, but Skepta remains unbowed. With a flurry of one-liners he promises to remember his mate forever. You hear his pride and grief, and feel for him wholeheartedly.

'You're A Germ' has been a fixture of Wolf Alice's live shows for what seems like an eternity now. As of June 22, you'll be able to listen to this scabrous kiss off on repeat as part of their debut album Giant Peach. Building from a whispered intro to a volcanic swell of grungey hollers, it's a wailing invitation to flail your limbs and jump around like a loon. "You Ain't going to Heaven/Don't think you're going to hell…" cackles Ellie Rowsell. "And you're a dodgy fucker as well."

The Maccabees excel when they’re doing ‘intense’. Their best songs hit you with a breakneck wall of tremelo guitar and amp up the tension until you begin to hear Orlando Weeks’ voice tremble. ‘Something Like Happiness’ is more akin to the waltzing sound of Given To The Wild and, as such, it’s fine.

Side note: If you’re not The National, then don’t bother with trumpets.

After recycling the same lecherous material with different song titles for four years now, The Weeknd has finally made a single you can cut loose to. Too late. I couldn't care less anymore.

A potent meditation on pulling yourself out of depression with a backstory that’s well worth reading.

In Photos: Maccabees @ The Coronet, L...