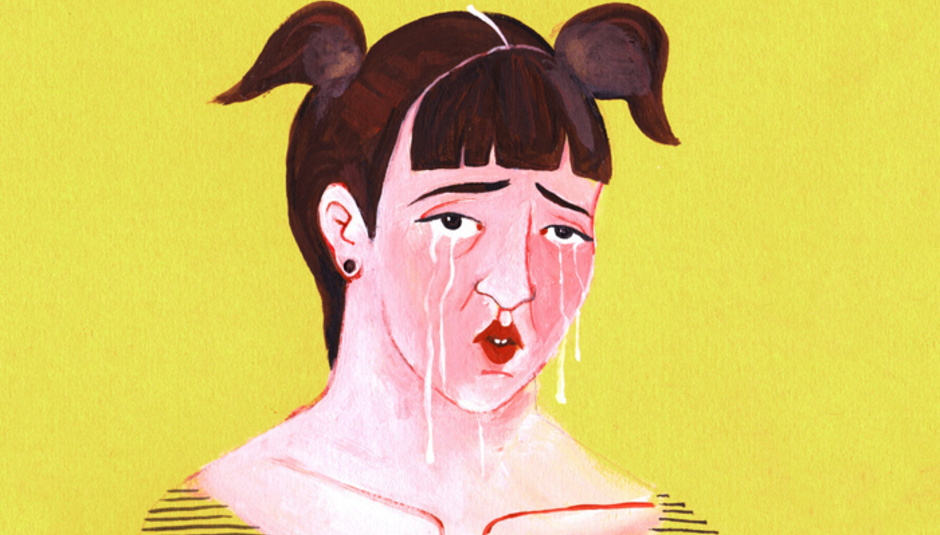 Drowned in the North East: Winter 2014

Drowned in the North East: Winter 2014

If you’ve been paying particularly close attention, you may have noticed that it’s been more than two years since the last installment of Drowned in the North East. While I could potentially weave a fascinating tale of a man juggling fatherhood, a dying record label and a demanding day job, I imagine that when you clicked the link to open this page you were probably more motivated to read about what’s happening in the music community of the North East of England than in my own life. So, let’s just get on with it and say that I plan to resume the previous regularity of this column and not leave it two years again...

As we hurtle inexorably towards Christmas, naturally the live landscape is starting to die down a little bit, but there’s still a few things taking place in December and January that are worth a look. Potentially the most exciting event of the festive period is the tenth (and final) installment of Out of the Trees Festival which will take place on Saturday January 3rd. The traditional winter trek to the cosy confines of Warkworth will be headlined by a band at the absolute peak of their powers in Hyde and Beast, and also features a very strong supporting cast across its three stages, including Slug, Richard Dawson, Life Model, and Cath and Phil Tyler. The event will be launched with a gig at Newcastle Head of Steam on Tuesday December 30th, featuring Brighton’s Tyrannosaurus Dead alongside Skull Puppies, Rushers of Din and Baker Island.

The pick of the rest of December and January’s gigs include the following:

It might just be because I took my eye off the ball for a while, but it feels like some interesting new projects are starting to spring up around the North East after something of a fallow period. I guess it’s all in how you see it, of course, but the region’s DIY scene in particular feels in better shape than it has been for a while. With serendipitous timing, a new gig and performance space has opened up in Newcastle in the form of Nerd Hutch which is situated in the basement of Travelling Man Comics on Grainger Street. It apparently aims to be an ethical and inclusive safe space with all shows free to book and to attend. Anchored by volunteers from the DIY community like Skull Puppies’ Jack Fallows and Chris Holland and XGETXREALX’s Joe Lowdon and Euan Lynn (as well as shop manager Kirsty Hughes), it’s a really important resource for the city. You could argue that Newcastle in general doesn’t need as much reinvigorating as Sunderland, but it would still be nice if Nerd Hutch could have as strong a revitalising impact on the DIY micro-scene as Frankie and the Heartstrings wonderful Pop Recs Ltd space has had on the artistic landscape of their city.

The aforementioned Skull Puppies’ recently released a brilliantly titled EP Venus Crytrap. They’re a band truly worth catching if you get the chance, be it in Nerd Hutch or elsewhere. Jack Fallows is one of the most gifted illustrators in the region, and his songs capture the heart of the outsider with just as much skill. If you’re into comics, sadness and anger, then Skull Puppies are probably for you.

Another positive recent development in the area is the creation of Mono, a wide-ranging project which encompasses a label, studio and art house. Apparently born out of a frustration at an insular, fragmented scene there’s a wealth of experience and knowledge behind Mono in the shape of producer/musician extraordinaire Mick Ross, production manager and sound technician James Hennin and art director/programmer/developer Jonny Hamilton. Mono recently released their first record, a 12” split from the region’s two finest specimens of the otherworldly, Ajimal and Tessera Skies. Ajimal’s contribution is stunning new song Nothing Touches Me, while Tessera Skies’ side features the beautiful Droplet. Both songs have been remixed by heavyweights like Dutch Uncles and Lanterns on the Lake, who created this beautiful, eerie rework of Droplet

One of the greatest North East success stories in recent years has been Nadine Shah. Her debut album Love Your Dum and Mad was one of the best of 2013, a dark and powerful opus from a master of her craft. She releases new single 'Stealing Cars' in January, and it might just be her best work yet. It’s just as brooding as anything on her first album, but there’s a new skyscraping quality displayed on this recording. Just like Shah’s voice, the song is quietly enormous without ever feeling the need to ostentatiously impress its scale upon you. There’s a new album due early next year, and if this taster is anything to go by, this could be the one that makes her a proper huge name.

Another artist who seems set for a good 2015 is Slug, or Ian Black as he’s known to his friends. The veteran of bands such as The Bubble Project and Field Music has been readying his own work for a while with the help of the peerless Brewis brothers. His first album Ripe is due out on Memphis Industries in the new year, and the first release from it, ‘Cockeyed Rabbit Wrapped in Plastic’ is a brilliantly addictive bit of weirdo pop.

Cape Cub is a new name to me, and apparently to North East music as a whole. There’s tantalisingly little information out there about him at the moment, but the word on the internet is that he’s originally from Marske-by-the-Sea and based in Newcastle now. Regardless of georgraphy, Lantern, (the only example of his music available online at the moment) is spellbinding. Its stark instrumentation emphasises the genuine, unaffected soulfulness of his voice which conveys a lifetime of emotion in just shy of three minutes. It’s a fantastic teaser of an extremely promising artist and I’m really looking forward to hearing more.

Richard Dawson is a genuine North East treasure who has gradually been earning more and more attention with each release in the last few years, culminating in signing to Domino offshoot Weird World for the release of his new album Nothing Important in November. Its title track is a typically intense listen, at once totally alien and completely intimate. It’s absolutely worth setting aside the time to delve into the world of one of our most interesting and important musicians.

When Let’s Buy Happiness disbanded with a packed gig at the Cluny in July, it seemed, depressingly, that their long-mooted album Chants For Friends would never see the light of day. However, they’ve recently decided to share it online to serve as a beautiful monument to one of Newcastle’s best ever bands, who, quite frankly, deserved far better than a low-key posthumous self-release. Notwithstanding that, though, for entirely selfish reasons I’m glad that it at least did emerge, because it’s everything I hoped it would be, a wonderful collection of indie-pop lushness, like a sunnier version of Beach House

I’ll finish off with a band whose debut release actually came out in July, but it’s one of my favourite EPs of 2014 and one which I feel is a great example of the really exciting undercurrent of young new bands emerging in the North East at the moment. Mouses are a two piece band from Teesside who appear to have been reared exclusively on spiky punk records. Their self-titled EP is a snotty, urgent and truly invigorating quarter of an hour, and their live shows are little riots too. They’re currently one of the region’s best kept secrets, but I suspect that might not be the case for too long.

The North-East is a big place with new bands popping up every day, so if you think there’s something which I might have overlooked which deserves some love in future editions of Drowned in the North East then why not send me a heads-up to paulbrownwriting@gmail.com? 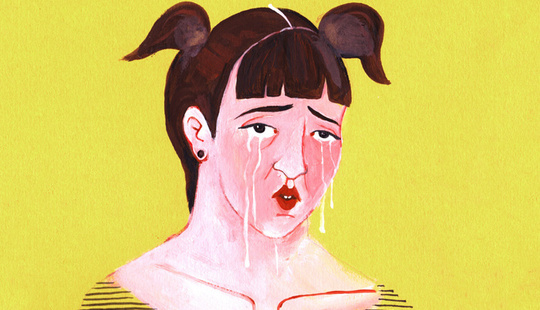