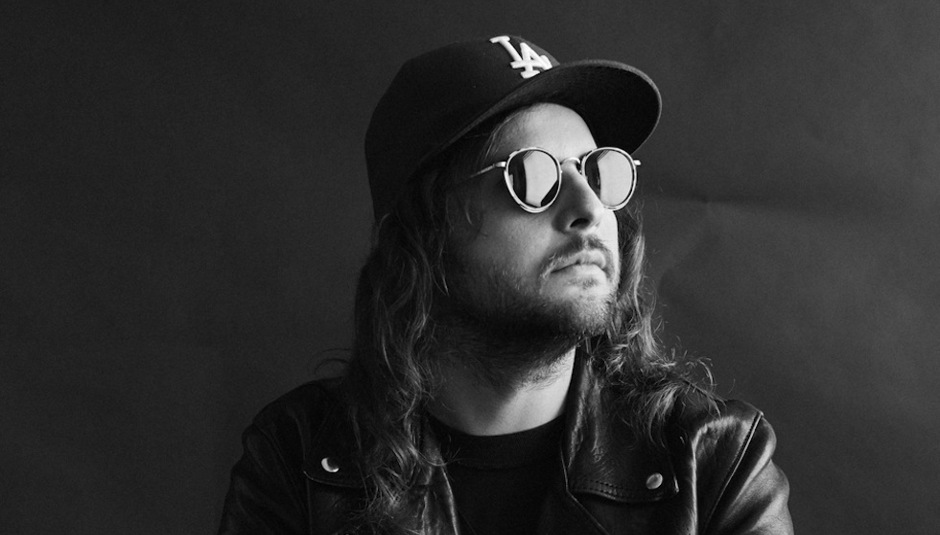 DiS meets King Tuff: "Everyone’s got something ugly about them"

DiS meets King Tuff: "Everyone’s got something ugly about them"

Kyle Thomas is the mastermind behind the sex, drugs and Rock & Roll persona of King Tuff - a “bat shit crazy” hedonistic rock god shooting infectious riffs from the horns of his SG. Their latest release Black Moon Spell is a warts n all ride through the excess and occasional romanticism of King Tuff and his minions, or as they put it an “hysterically magical Rock & Roll Sexperience”.

The reassuring and reliable admiration that came with being in a rock band in the 70’s is no longer there for our 21st century axe-men. Their forefathers abused their solo-sympathetic audiences - giving birth to things like Rick Wakemen and Keith Emerson - for only to arrive at the 80’s and lose their shit completely in the video age. The main problem I think we can all agree is the fact that they’re still here! Be it on the One Show or on Whitesnake’s never ending how-old-can-David-Coverdale-look-before-he-stops-singing ‘Fool for Your Lovin’ bravado, they’re still dying their hair and sticking around like a bad smell – presumably one emanating from Ian Andersons codpiece.

A vastly experienced and prolific songwriter, Thomas is seemingly able to channel the past through his own crazed filter, weaving intricate motifs with ease whilst still filling the sound of a tight and well-versed rock trio. Shaking off ‘derivative’ comments with their refreshingly care free attitude, Tuff are one of those rare breeds who dedicate themselves completely to their image and sound, unabashedly turning everything up to 11.

We caught up with Kyle a week into King Tuff’s UK tour to discuss the challenges of being taken seriously, touching people in the right places and how guitar records are faring in 2014.

I saw you play your first show in Manchester this week, how did you find it?

Let me remember that one, oh yeah, it was down in a little basement (Soup Kitchen), where I belong, tucked away from the light. It was a good one. That was the first show of the tour so we were still a little jet lagged or something.

How do you think English audiences react to King Tuff compared with over in the States?

It’s a little different over here; crowds aren’t as rowdy for sure, In America it’s a little bit crazier, I don’t know whether people go crazy over here or not.

Seems you’re taken on a different level over here?

It seems that way, when people aren’t dancing around and going crazy I think they’re just listening more intently to the music which is cool too.

Countless reviews, including my own, compare you in some way to T-Rex, whether musically, vocally or both – do you agree?

I think our voices sound similar, I haven’t listened to that stuff since I was a teenager though but we certainly have a similar nasally quality. It's ‘catchy rock’ kind of music I think.

Is that how you would describe King Tuff?

I wouldn’t define it as anything, it's Rock n Roll to me. I mostly just focus on song writing and I don’t think about any sort of genre specifically.

Black Moon Spell is certainly a heavier sounding record than your previous efforts, was this intentional?

I definitely wanted to push it more in that direction, I’ve wanted to make a really heavy record for years.

Was this sonic bulking due to the influence of bands such as the ones named in ‘Headbanger’ (Black Sabbath, Iron Maiden, Judas Priest)?

I really don’t like listening to other music while I’m writing an album, just because I don’t want to let anything seep in too much so I try not to listen to music at all when I’m writing and let the songs go wherever they want to go.

In England we’re all cynics. Is ‘Headbanger’ romantic or do you accept the clichéd comments?

Given the healthy amount of sex and drug references, how much of Black Moon Spell relates to Kyle Thomas?

There’s always a piece of me in every song, ‘Eddies Song’ is by far the most autobiographical.

Do you worry that fans and critics don’t take King Tuff seriously?

I think it’s obviously meant to be fun. It’s clearly it's designed to make you feel good but there’s a serious sentiment to a lot of it also and maybe people don’t listen hard enough to that side of our songs.

There was some apprehension about playing the almost slapstick ‘I Love You Ugly’ on Monday - were you concerned it might not be well received with a crowd that seemed to enjoy the gig more on a musical level?

No, not at all! There was a weird moment where we realised our drummer usually plays guitar on that song, but we didn’t have one to hand because we don’t think that far ahead. I love that song though, it’s about all of us - everyone’s got something ugly about them.

What do you think of Bruce Springsteen? I thought I heard a little nod to the boss on ‘Black Holes in Stereo’.

What do I think of Springsteen (he laughs), I love the boss! I didn’t even realise that. I’m not a deep Springsteen fan, I just got into him in the past year really - I was listening to some other day, he says a lot of words and he’s really small! He’s got a lot of energy! Where does a little guy get all that energy from?

Do you have an idea of where you want to take King Tuff on the next album?

After a record I want to make something completely the opposite. I’ve always had a lot of different bands so it’s been easy to indulge the other side of my writing - I write a lot of softer songs that aren’t usually suited for this band, but eventually I just want King Tuff to be whatever comes to me.

Hold on man, I got this phone upside down …that’s better.

James Dean Bradfield (Manic Street Preachers) said recently that he thinks guitar solos are unappreciated these days, are they?

I guess that was kind of one of the things I wanted to do with this record, I wanted to make a guitar-based record. I’m really a guitar player and songwriter at heart, I’m not much of a singer, singing is something I’m forced to do. I think there’s always a void that needs to be filled with a screaming guitar, but not one that’s too good, you know - one that’s kind of wrong and bad. There are a lot of guitar players in this world that are too good and it’s disgusting to listen too.

Rock isn’t going to die. I think of it like films, there are lots of genres like drama, comedy, horror, and the others don’t stop existing when one becomes popular. Rock is always going to be in demand, and it’s always going to morph and change - an old formula plus your personality is a new thing. We want our music to touch people, in a very pleasurable way hopefully.

Black Moon Spell is out now. 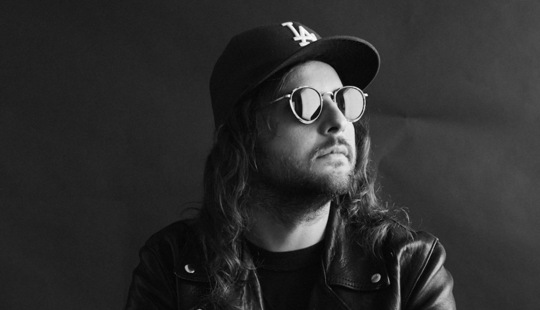 In Photos: The Boomtown Rats @ The Fo...