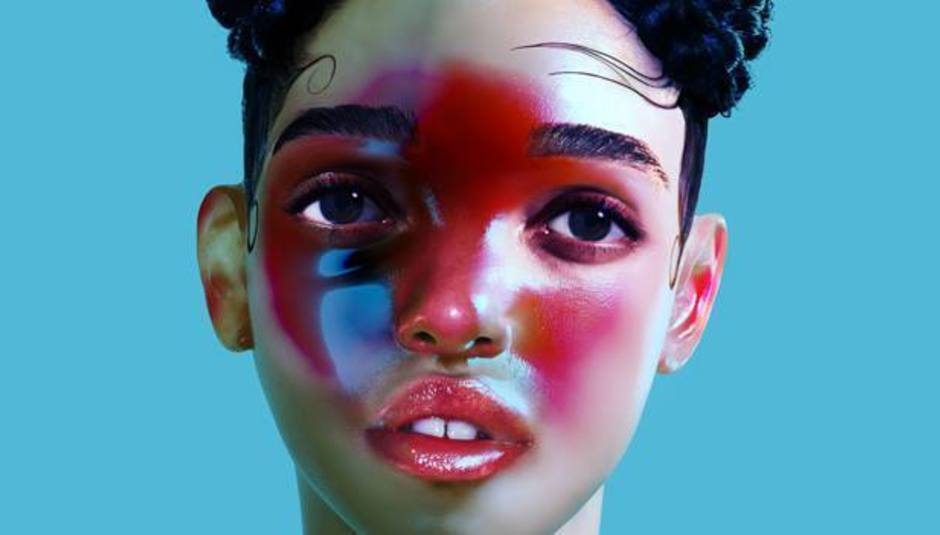 FKA Twigs: From Tewkesbury to Tinseltown

FKA Twigs: From Tewkesbury to Tinseltown

Each day until the winner is announced on Wednesday 29th, DiS in partnership with Naim Audio's mu-so wireless music system, will be focussing your attention on one of this year's 12 nominees. Today is the turn of FKA Twigs and her brilliant, self-titled debut. Visit our Mercury mini-site for J.R.'s 9/10 review of LP1 and Sammy Maine's thoughts on the awkwardness that surrounds fka Twigs, plus more coverage of all of this year's nominees.

Unless one has spent the last few months living under a rock, it would be fair to say the name FKA Twigs will have featured heavily in one's consciousness. Not necessarily for artistic reasons, I hasten to add. Since the tabloid press reported in September that she was stepping out with 'Twilight' actor Robert Pattinson, her profile has risen astronomically. Which may or may not explain her current status as the bookmakers' favourite to scoop this year's Barclaycard Mercury Prize when the winner is announced on 29th October. With the odds shortening to 5/2 across the board (although William Hill are offering a quite generous 11/4 which is worth a fiver of anyone's money), the expectations around FKA Twigs' self-titled debut are understandably high.

Which makes her elevation to household name even more remarkable considering this time last year she was relatively unknown to the majority of the population, yours truly included (although she was tipped on our forums back in 2013, and was one of our editor's tips for 2013 and '14). As a self-confessed latecomer to the party that's been evidently kicking himself for not catching her set at this year's Primavera Sound festival in Barcelona, because barely a day has passed since discovering FKA Twigs without giving it at least one listen. To make up for such a missed opportunity, her recent performance on Later... With Jools Holland literally had me on the edge of my seat, remote control in hand set to rewind at regular intervals.

Forget the back story for a moment. And FKA Twigs has an interesting one to be fair. The girl from Tewkesbury who goes by the name of Tahliah Barnett to her family and friends is one of the most unique talents these shores have produced in years. Comparisons to revered artists of yore can be futile and ostensibly damaging at times. Yet here, when names like Liz Fraser, Martina Topley-Bird, Shara Nelson (notice the link there, folks), Julee Cruise and Bjork are mentioned, it's for a good reason.

One facet Liz Fraser has carried throughout her career is how her voice becomes an instrument rather than standard vocal. Even now, some thirty years after its release, the dreamy 'Lorelei' sounds like nothing else on earth. Largely due to Fraser's coos and whispers marrying adventurously to Robin Guthrie's fractured melody. Similarities can be found throughout LP1. Listen at around the one-minute mark on 'Pendulum' for example, where her voice transcends itself as a platform for Cy An's infectious beats. Co-produced by Paul Epworth, it showcases Barnett's ability to arrange quasi-orchestral sounds from the most minimal of structures. Then there's 'Closer', arguably the standout track on the record (although that can change on a daily basis depending on my mood). Fusing multi-layering production techniques normally associated with the likes of David Lynch or Alan Moulder - many of them emanating from delay-infused vocal recordings - with a styling not dissimilar to the one employed by Julee Cruise on her 1989 opus Falling Into The Night. Again, featuring Cy An, this time assisting on production duties. It takes the trip hop blueprint initially ordained by Tricky et al on an ethereal voyage to the future.

Omnipresent throughout are the reference points to Massive Attack. More importantly, it isn't confined to one record or era. Instead, their influence can be heard across each of FKA Twigs ten individual pieces. Whether it be in Barnett's vocal performances, each one taking on a different guise or character which gives every song its own narrative. Indeed, having focused heavily on Barnett's production skills and complex arrangements, it's also worth noting her adept lyrical prowess, which occasionally takes intimacy to a whole new level ("How would you like it if I suck before I bite?" - 'Hours').

Take former single 'Two Weeks', where Barnett delivers lines like "I can fuck you better than her" in a manner that's part-haunting, part-seductive over a melody that traces the outline of Massive Attack's 'Teardrop'. Esteemed producer Emile Haynie provides the musical accompaniment having previously transformed Lana Del Rey's Born To Die into a beat-laden melting pot. Or the ghostly undertones of 'Video Girl', which could be semi-autobiographical relaying its tale of a teenage girl trying to forge a career as an actor. "Nothing's gonna get in your way", declares Barnett no doubt recalling her own initial foray into the entertainment industry as a dancer in a Jessie J video nearly four years ago. Meanwhile, 'Numbers' takes the viewpoint of someone that's been used for a one-night stand, asking the protagonist, "Was I just a lonely girl to fly?" 'Pendulum' also takes a similar standpoint ("You only want me in other spaces"), before turning the tables full circle on album closer 'Kicks' ("What do I do when you're not here? I get my kicks like you...").

Infidelity comes to the fore on 'Preface', which sees its creator repeat the words "I love another and thus I hate myself" mantra-like for the song's duration. 'Give Up' explores Barnett's emotional uncertainties further ("Tell me that I'll change someday...") before declaring "I'll do everything to make it better." Lack of trust dominates 'Lights On' culminating in the resignation, "If the flame gets blown out in the shine, I will know that you can not be mine."

Overall, FKA Twigs is a compelling listen that provides a new twist with every subsequent hearing. Like a diary with its foundations built on reflection rather than regret, it revels in ingenuity while standing head and shoulders above all the other nominees on the shortlist. And for that reason alone, the smart money and hopes of a nation yearning for something slightly more radical yet unashamedly pop surely rest on FKA Twigs.

The album FKA Twigs is out now on Young Turks Records. For more information visit her official website: fkatwi.gs.

Click here to GoDeeper and find out much more about all of 2014's Mercury nominees on our mini-site, in partnership with Naim Audio's wireless music player, mu-so.