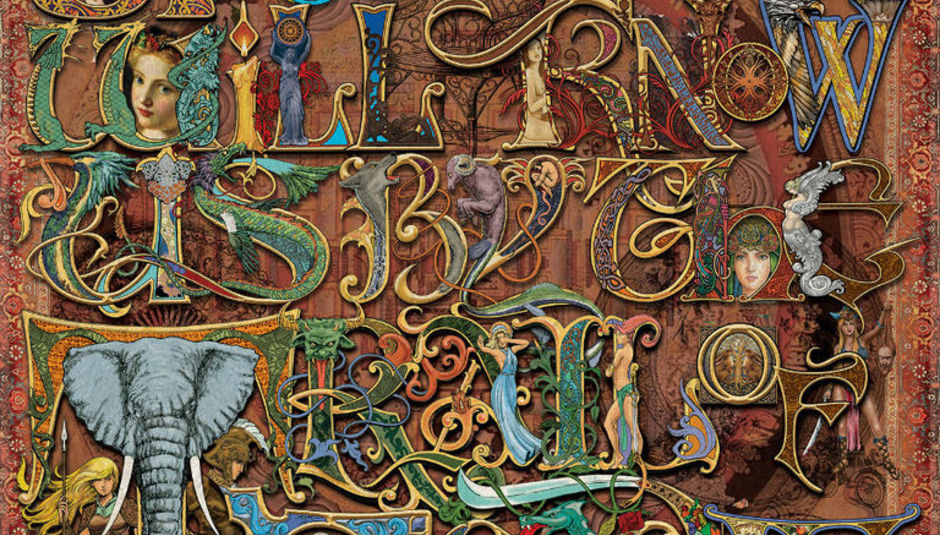 Conrad Keely from ...Trail of Dead guides us through the band's new album, track by track...

"This album was made in the late spring of this year. We had no definitive idea how to start, we had originally considered making a purely instrumental album (which I'm still in favor of at some point), and to that end we spent several days improvising and experimenting with sounds and instrument combinations. Hours of these sessions were recorded which never made it to the final tracking stages, perhaps they will come to light during some future cosmic event.

Our lyrics have always been informed by where we live, and these songs are really no exception. While working on the album in Texas I was still thinking about home in Phnom Penh. But the essence of West Texas and the Austin hill-country were all about us, and inevitably seeped in like a swarm of angered killer bees.

Despite what might be assumed, the title for the album was not called IX because it's our ninth record, but rather after a planet from Frank Herbert's Dune called Ix, (the ninth planet in that solar system). It was a cold, hostile place used as a galactic prison, and just about the furthest thing from the little ranch house out on Beecaves Road we were composing songs in.

A song about loss. It's also about that thing they do out here in Indochina at beaches like Otres, where they set a bunch of lit lanterns into the air, and someone always ends up dying (though not because of the lanterns).

This track was meant to be an instrumental, but our producer Frenchie Smith conned me into writing a vocal part for it. I'm not at liberty to divulge his method, it did not involve ketamine. The image (this was all hastily written mind you) was of the apostle Peter, who I've always found to be slightly jaded - he was just sort of doing it for a job by the end. The lyric "warmth of a good fire" was originally "good fight", because Pete liked a bit of a fight.

The title stolen from a book I found on one of those shelves in a guest house where backpackers are supposed to leave a book when they take one. Fortunately I'm not a backpacker so I'm not obliged to leave anything if I take one - which is also how I got a copy of Balthazar Gracian's Art of Worldly Wisdom (in it Gracian recommends allowing yourself one vice, and mine is stealing useful things like books). The lyrics were inspired by the Viking series I'd recently watched on the History Channel -actually I watched a pirated copy (yet another vice) because we don't get the History Channel out here. I felt a sense of connection to the idea of the Northmen being away from family while going a-raiding, similar to being away from family while working on a record - you end up killing about the same amount of people as well.

The Lie Without a Liar

From the desk of Jamie Miller: "The lyric for "Lie Without A Liar" was loosely inspired by Sigmund Freud's book, "The Ego And The Id". For the most part, it's about internal tension, external tension and ones ability to deal with others. Essentially, each verse is what Freud called "the love instinct" which is then overcome by, as Freud also coined, "the death instinct" with the line "as such dark misfortune goes" at the end of each verse illustrating the negative thought. Or, the song could have been about my dog..."

Someone asked me if the ghost being referred to was that of a deceased person. No, it actually refers to that haunting, oppressive remnant of emotions that hang over two people after a breakup.

This song describes an actual event of meeting someone, having a child with them, then wondering how to explain your separation to your child once he's grown up.

How to Avoid Huge Ships

Originally titled 'Ender's Game', because we were watching a copy of Ender's Game while tracking it. Based on a finger exercise for guitar Jason came up with, it quickly took on its own life. We tracked this the day after seeing Mogwai play in El Paso while we were recording out there (they were very excited about having seen Poncho Villa's mummified trigger finger in the eclectic pawn shop across the street from the venue, which also boasts a legendary collection of Nazi memorabilia), and I'm guessing we used their concert for inspiration.

A song about bussing around SE Asia. Bus rides here can be quite an experience, but they're almost always much longer than they say they'll be. The bus will break down, wait twenty minutes to pick someone up in a field for some unknown reason, stall at a random road-side stop to eat when you'd rather eat at your destination. It's an experience. And yes, you have to bring along a book or you'll go nuts. But it's also where you get to think about what your doing with your life, in a way you simply don't get to while remaining in one place.

Lost in the Grand Scheme

Jason sent me this note regarding the lyrics via carrier pigeon, and some of the scrawled text had gotten worn away in the rain: "It's inspired by the passing of my dad...sort of a ...I will always remember him because I carry his name ...the legacy of Reece ...metaphorical...poetic universal kind of thing."

More than anything I wanted an excuse to name something after a chapter from Wind in the Willows. Pink Floyd already used chapter 7, Piper at the Gates of Dawn. I picked chapter 11 because of the numerological connection between 7 and 11. Grahame, of course, had borrowed the title from Tennyson, so the cycle of plagiarism continues.

Sound of the Silk

This song is very specific to Phnom Penh. The "two great rivers that convene into one" are the Tonle Sap and the Mekong, which converge just off Riverfront in a place the Japanese are currently building a monstrous hotel it's taken them seven years to complete. The sound of silk being made is iconic to the region - when you cross the river(s) over to Kandal province you pass through entire neighborhoods of silk-weavers. The sound is a loud, rhythmic clacking of many looms going at once. You feel as if you're in the center of some weird Steve Reich concert for percussion ensemble. We tried to re-create this with the drum ensemble section, but it doesn't really do justice to the actual sound. Next time I'll ask Steve Reich to help.

I hope this guide helps to give bearing to any lost traveller wondering what it is they're listening to and perhaps what direction their life is going, maybe they ought to just pack it in and join a kibbutz. I suggest listening to tracks 3 and 4 about four feet away from the speakers, and the rest of the tracks are better at around 5 feet away (about 1.6 meters). If you have any further questions please write to us at: Trail of Dead Inc., Buckingham Palace, London, UK.

…And You Will Know Us By The Trail Of Dead release ‘IX’ on October 20th in Europe. Preorder the album at OMerch and SuperballMusic shop EU 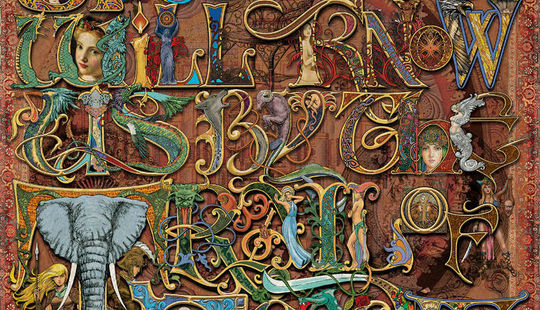 The 9 Best Band Names According to An...