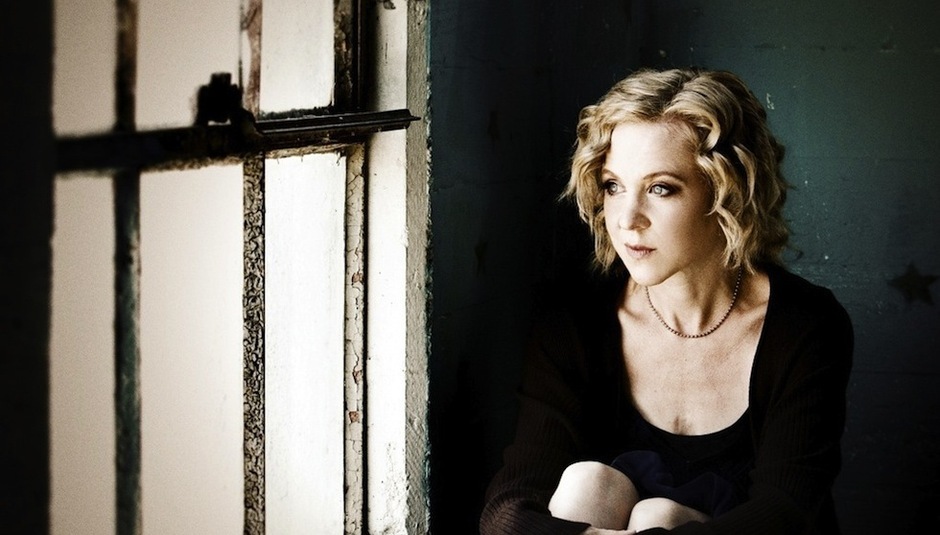 DiS meets Kristin Hersh: "Listening is hard work; I respect people who can do it well"

DiS meets Kristin Hersh: "Listening is hard work; I respect people who can do it well"

We spoke to Throwing Muses, Fifty Foot Wave and solo artist Kristin Hersh across the ether of the internet last week. Having just arrived home in New Orleans, she was fresh from a series of UK shows which saw the Throwing Muses trinity (Hersh, Tanya Donnelly, Dave Narcizo) reunited and touring Purgatory/Paradise. Released late last year, this was their first new studio album in 10 years: both a wonderful, skittering, haze of the Muses fuzzy-inspirational music and a flat-out beautiful object as well, with an accompanying book of words from Hersh and illustrations from Narcizo.

Despite the limitations of the email interview format, a series of call-and-response communications that can sometimes frustrate, Hersh’s responses came through in the same engaged, lucid and upfront voice that can be heard in her highly entertaining twitter feed, a fascinating contrast to the oblique mystery of her lyrics. Although battling jetlag (both her own and her iPad’s at one point), perhaps the common thread here is the honesty and lack-of-rockist-bullshit that characterises her music and the thoughtful answers which she nevertheless was able to provide.

Hi Kristin! Can you describe for us where you are right now?

Uh...I'm in bed. Supposed to tell the truth, right? I could make up something better, but it's early here in New Orleans, still dark. I have a candle lit which is making the palm trees outside look real creepy and there is a bright pink gecko on the window ledge, eating bugs.

You’ve just finished the UK leg of your tour. Are there any marked differences/contrasts between UK and US audiences?

On a similar note, how is the whole touring experience now, compared to, say, the first Throwing Muses tour?

We were always Lost on our Own Planet people, so it doesn't feel very different. We play hard, we do our work...if anybody is paying attention, it's because someone else did their job.

We might be better at the going without food/sleep/bathing/safety thing because we're used to it; we know what to expect (nothing).

How big a part has geography played in the songwriting and inspiration on Purgatory/Paradise? Are there songs that are rooted in a specific place?

Usually what people mean when they ask that question is, "do you get trumpet players drunk and make them play on your records when you're in New Orleans?" but there is something at play when you're talking sensory input and musical output. Hopefully they aren't at cross-purposes.

The Throwing Muses were such an influential / inspirational force. I’m guessing you are forever having people tell you how much the band meant to them. What bands or artists that are around today do you most strongly see your influence in? Or, failing that, which do you simply just most enjoy?

Yeah, I wouldn't be good at hearing that. If there were similarities, I'd just blame the zeitgeist. But I don't do a lot of listening. Good music is too powerful and lousy music is too lousy.

I do like the Moore Brothers, out of California. They speak their own language, which is so rare and so important.

Do you have a picture in your head of a typical, or an ideal, Throwing Muses fan? Who do you most want your songs and music to reach, or does that not play a part in your creative thinking?

Who it reaches is up to them, if that makes any sense. I feel strongly that what we do is not for everyone, so I'm on a constant quest to refine my audience. I want the musician plus active listener equation to work effectively. You get a bunch of assholes at your shows and you start wondering what the hell you did wrong. They also interfere with the listening experience for your real people.

What you're after is church. Turning a room full of wills into a group high. Nobody wants to go to a dumbass church.

I really enjoy your twitter feed – the quotes of funny stuff people around you say (particularly your son Bo) often make me giggle. You’ve obviously embraced new media in a way that not all artists of your generation have – particularly with your CASHmusic platform. How has the digital era affected your actual artistic output, though (if at all)?

It's hard for a shy person to admit that this is the time to start talking to people, but...it's time to start talking to people. I miss letting record companies do it for me, but they didn't do it very well anyway (talk about dumbass church...the cult of the Rock Star was just embarrassing). Not having a middleman of any kind come between us and the people whose soundtrack we play means that no one has an ear to the marketability of our product. The Strange Angel subscribers who made Purgatory/Paradise possible demand that we not lie and that's all. Marketability is evidence of a lie, so in fact, if we gave them something anyone could swallow, it'd turn them off. Thank god.

We are idiosyncratic musicians and they are idiosyncratic listeners, like every other human being. Trusting each other to take an honest ride together means that we can lose ourselves when we record, which is - obviously - the whole point. To remain unselfconscious. 'Cause you wanna take risks. If you were worried about embarrassing yourself, you wouldn't take risks and THAT would be embarrassing.

[Side note – are you planning to publish any more books? I can imagine a collection of the quotes that you tweet making for a really entertaining read…]

I just finished a book about Vic Chesnutt, commissioned for a musicians-on-musicians series. The book is called, "Don't Suck, Don't Die" and I wouldn't have written it unless I was asked, but it was sweet to go back to - I think I'm about to say "a simpler time" 'cause it WAS - a simpler time and remember how it felt. Not that we didn't get pushed and knocked around back then, but because we thought we knew what was going on. Or didn't care that we didn't. Something was different; an enthusiasm, a lack of frustration, I dunno. Anyway, it was nice to hear his crazy voice again, even if it was just in my head.

(Gonna answer the next question here because my iPad suddenly decided I can't jump around anymore. Maybe it's jet lagged, too.)

Where now, and what next? I read that you have a new 50 Foot Wave album all ready to go, but what are your future Muses or solo plans?

Yeah, 50FootWave is mixing a new record with Mudrock in LA, where we recorded it, and I leave Friday to go back to New England and finish what I thought was a solo record. My engineer just told me gently, however, that I recorded over 40 songs for it...which sounds like TWO solo records, to me. Ugh. Hopefully some of them will suck. Anyway, Muses? We'll see what the songs say.

Purgatory/Paradise by The Throwing Muses (The Friday Project, £11.99) is available now. The 32 track album is available as a deluxe 64-page book and a full studio album on CD. 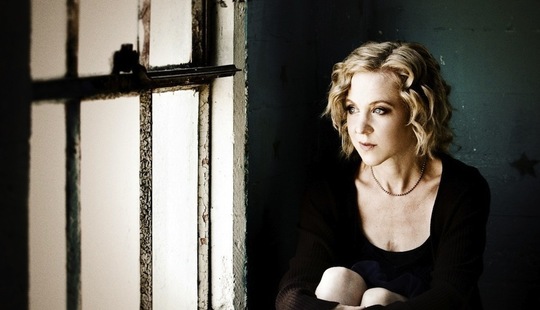